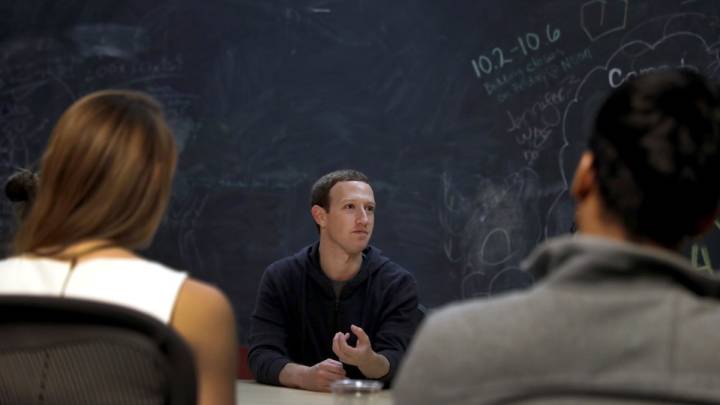 Well, here we go again. Facebook has suspended the Boston-based data analytics firm Crimson Hexagon from accessing its platform — a firm that, hoo boy, has clients including a Russian nonprofit connected to the Kremlin.

Still reeling from the fallout of the Cambridge Analytica flap, Facebook may have a redux on its hands. The social networking giant acknowledged Friday it’s temporarily suspending Crimson Hexagon — which boasts a repository of more than 1 trillion public social media posts — from being able to tap Facebook and Instagram data.

In a statement given to the Wall Street Journal, Facebook vice president for product partnerships Ime Archibong said the company allows outside parties to use its data to produce “anonymized insights for business purposes.” But Facebook forbids “use of its data for surveillance purposes.”

Facebook has said that, as of right now, the company hasn’t found anything untoward in its probe of Crimson Hexagon. Facebook also plans to meet with the Boston company’s team in a few days.

You could be forgiven for arguing there seem to be really only three or four stories about Facebook at the moment, and that the crush of news coverage lately generally falls into one of those buckets. One of them being data privacy — or the lack of it.

According to the WSJ, “Crimson Hexagon pulls only publicly available data from Facebook and Twitter. However, it appears at least once to have mistakenly received private data from Instagram, according to people familiar with the matter.”

The paper goes on to explain that that 2016 incident stemmed from Crimson Hexagon getting hold of some private Instagram posts in a batch of hundreds of public ones. Crimson Hexagon didn’t know who to call about it, because they didn’t have a direct line or contact yet at the social network.

The Russia angle is also particularly interesting — and certainly not a good luck for Zuckerberg’s big blue empire. Word that Crimson Hexagon’s clientele has connections to the Kremlin comes just days after we learned that the massive Facebook data set Cambridge Analytica gathered was accessed by someone in Russia.

That’s according to a member of the British parliament who shared the news with CNN.

Crimson Hexagon CTO Chris Bingham tried to douse some of the firestorm starting to swirl around the company in a blog post Friday. For one thing, he says, government contracts represent a “very small” part of the company’s customer base.

“Crimson Hexagon only allows government customers to use the platform for specific approved use cases, and under no circumstances is surveillance a permitted use case,” he writes. “The most common use cases are large scale public opinion research and measuring the success of their communication efforts. Each potential government customer must contractually commit, in writing, to the use cases that they will be utilizing the platform for in their agreements … No one using Crimson Hexagon would be able to learn anything about an individual that isn’t already contained in publicly-available data.”