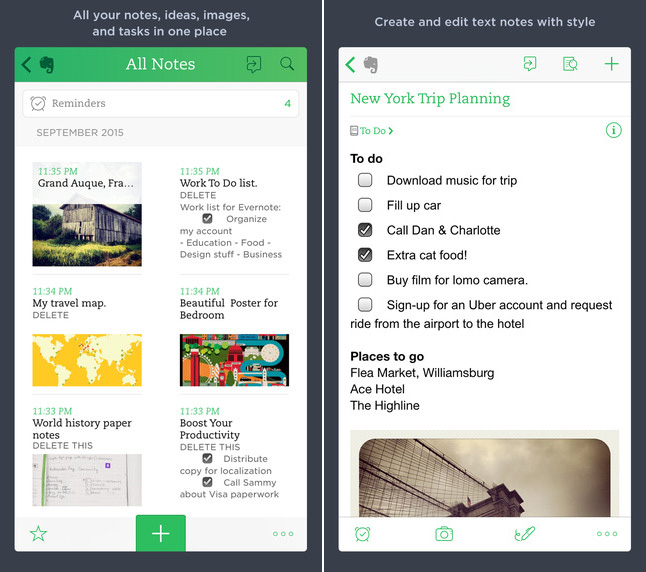 Evernote used to be the best cheap, simple service for syncing notes and lists between multiple devices. Used to be, because starting today, the free version of Evernote only lets you sync notes between two devices.

Starting today, the free plan only allows you two sync between two devices. If you’re an existing power user with a long list of laptops and desktops, Evernote will give you “some time” to jump ship to OneNote.

If that wasn’t bad enough, the paid tiers — you know, the ones that are now actually useful — are more expensive, up to $4 and $8 per month. The $4 comes with 1GB of space for uploads, while the Premium plan is 10GB and comes with a couple more features for Enterprise users.

$4 a month really isn’t that much for admittedly excellent software, but I’m not sure how many users are going to pay. There’s dozens of free Evernote competitors on the internet, and a lot of people have access to the Microsoft Office suite and therefore OneNote, which is an excellent competitor.

We don’t take any change to our pricing model lightly, and we never take you for granted. Our goal is to continue improving Evernote for the long-term, investing in our core products to make them more powerful and intuitive while also delivering often-requested new features. But that requires a significant investment of energy, time, and money. We’re asking those people who get the most value from Evernote to help us make that investment and, in return, to reap the benefits that result.

It’s easy to understand the change. Server space and programmers aren’t free, and Evernote has been around for long enough that it really needs to start turning a profit. But I’m not sure that the service is valuable enough to demand a monthly subscription (no matter how low).