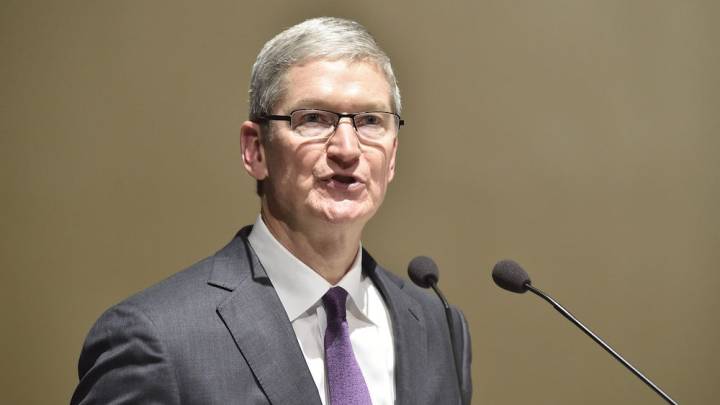 Tomorrow, Irish Finance Minister Michael Noonan will file an appeal against Apple’s $14.4 billion tax bill in European court. But Ireland isn’t fighting to get back what it’s owed; rather, it’s contesting a recent EU ruling on behalf of Apple, saying that the company shouldn’t have to pay Ireland the equivalent of about $3,000 per person.

Ireland will be filing its appeal at the EU General Court tomorrow. At stake is an argument over what level of involvement the EU can have in a nation’s tax affairs; far more pressingly for Apple, it’s also an argument over the legality of its European tax arragements, which have saved it billions over the past few years.

You can read more about the background of the case here, but what the sides ultimately disagree on is how Apple’s taxes are structured through Ireland. It’s a complicated arrangement used by hundreds of big companies aside from Apple, but it works something like this: Apple Sales International and Apple Operations Europe are two Irish-registered companies, which hold the intellectual property to Apple products and brands outside of North and South America.

The real problem is how profits were taxed once they got to Ireland. Apple and Ireland agreed on a system that channeled “most profits…away from Ireland to a ‘head office’ within Apple Sales International,” according to the European Commission. The Commission’s investigation showed that Apple had been given a tax rate as low as 0.005 percent at some points, far lower than the already-low Irish corporation tax rate of 12.5 percent.

The EU doesn’t want individual nations quietly striking tax deals with other companies, because it damages the integrity of the free trade and single market that are the cornerstones of the Union. Ireland doesn’t want Apple to face a massive tax bill, because that could well cause the company to leave Ireland, taking millions in taxes and thousands of jobs with it.

Apple, of course, wants its present tax arrangements to continue, and thinks it’s done nothing wrong. It is planning to appeal the EC’s decision separately. In a statement issued at the time of the initial ruling, CEO Tim Cook said “over the years, we received guidance from Irish tax authorities on how to comply correctly with Irish tax law — the same kind of guidance available to any company doing business there. In Ireland and in every country where we operate, Apple follows the law and we pay all the taxes we owe.”