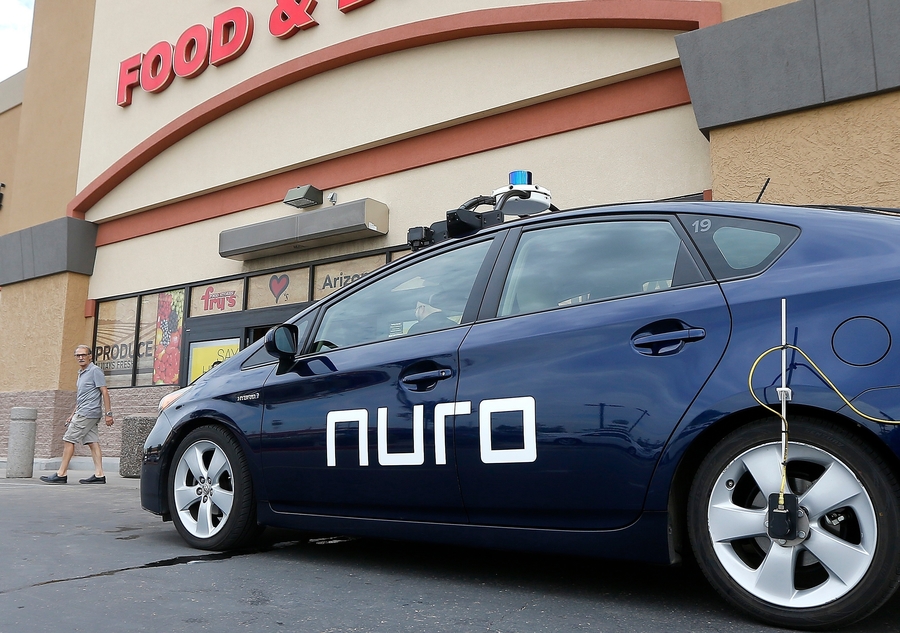 In the near future, a driverless, autonomous vehicle might be responsible for your next pizza delivery.

On Monday, Domino’s Pizza announced that it’s teamed up with robotics company Nuro to experiment with autonomous pizza delivery in Houston using a custom vehicle called the R2 that Nuro has built for exactly this purpose.

Later this year, Domino’s plans to start using Nuro’s driverless cars to serve some Houston customers of the pizza chain who place orders online. Domino’s is describing this as an expansion of Nuro’s existing autonomous delivery operations, which have been running already in Houston since March.

Some Domino’s customers who order online will have the opportunity to get their pizza delivered by one of the Nuro vehicles. After the customer opts in, they can track the vehicle’s progress in the Domino app, and they’ll also be given a unique PIN code that unlocks a compartment in the car so they can grab their pizza once it arrives.

“We are excited to expand our autonomous delivery service in Houston with Domino’s delivery,” Cosimo Leipold, Nuro’s head of partner relations, said in a press release as part of the announcement. “Domino’s delivers millions of pizzas around the world every day, and the company shares our passion for focusing on the customer experience.”

Domino’s chief information officer Kevin Vasconi explained that Nuro’s vehicles made sense for this experiment because they’re “specially designed” to optimize the food delivery experience. The pizza chain will be using this as a test to watch customer behavior, including how much and whether customers embrace this technology, which could also provide some relief as an additional delivery solution during a busy store rush, according to Vasconi.

Domino’s has been ramping up its investment in new technology in recent years — and, in fact, this is not even the company’s first experiment with driverless, autonomous vehicles. Domino’s hasn’t said much about it, but the chain did test doing self-driving deliveries with Ford in Michigan as part of an experiment that ended late last year.