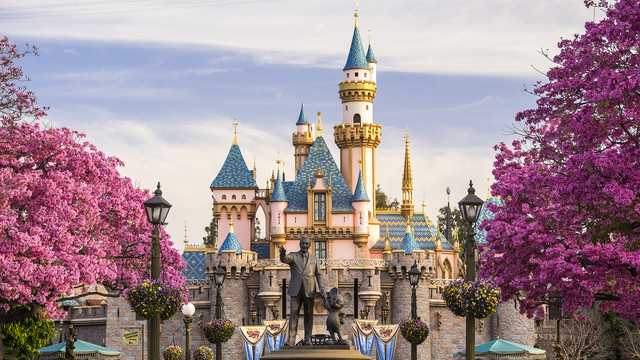 Media and content are such high-profile pieces of the entertainment empire puzzle that it’s easy to hold them in outsized regard. The fact of the matter is, however, that when it comes to a breakdown of what does the best and most consistent job driving the money-making machine inside the Magic Kingdom, it’s something pretty old-school — the company’s amusement parks.
Top Black Friday Deals: 10 deals you can’t miss on Saturday: Beckham Hotel pillows, $179 AirPods Pro, $299 iPad, moreBest Deals Today – Daily Deals & Sales: LIVEToday’s deals: $179 AirPods Pro, home theater projector sale, back to school blowout, more
Consider this, for example, for some context around how important parks and resorts are to Disney’s corporate empire. According to a New York Times article published Friday, the company is planning to pump more money into its parks by way of expansion and planned investments than the company spent to acquire Marvel, Lucasfilm, and Pixar. Combined.
“Each of Disney’s six theme park resorts around the world is undergoing major expansion, along with Cruise Line,” the NYT reports. “Michael Nathanson, a longtime media analyst, estimates that will spend $24 billion on new attractions, hotels and ships over the next five years.” That’s more than it cost to acquire all three of those prominent content companies, which combined cost the House of Mouse around $15.4 billion.
When it comes to its parks, resorts, and real-world attractions, though, the company is planning to put big bucks behind that expansion effort, because that’s where white-hot growth is coming from for Disney. Examples include the new Star Wars: Galaxy’s Edge park coming to Orlando’s Walt World that will let guests sit in the cockpit and fly the Millennium Falcon.
“With its television business facing significant challenges in the streaming age, and lots of popular movie franchises to put to use, is spending billions to supercharge its theme park division, which has emerged as a surprisingly strong moneymaker,” the Times report continues.
For comparison, Walt Parks and Resorts notched an operating profit of $4.5 billion for the 2018 fiscal year. That was up more than 100 percent from five years earlier. Media Networks, meanwhile, includes and ABC and saw a $6.6 billion profit — but that represented a 3 percent drop.

No wonder, then, that theme park chairman Bob Chapek is quoted in the NYT piece as describing the planned investments in the company’s parks as “enhancement on steroids.”

Take Walt World, which is comprised of four theme parks in Lake Buena Vista, Florida. The resort — spread across 25,000 acres, making it twice the size of Manhattan — sees an annual attendance of 56 million people. reportedly had to borrow equipment from NASA to install a huge steel beam required as part of its Avatar attraction there.

The parks, in other words, are a massive and important part of the empire in more ways than one, and at a time when other parts of the Magic Kingdom are coming under strain.