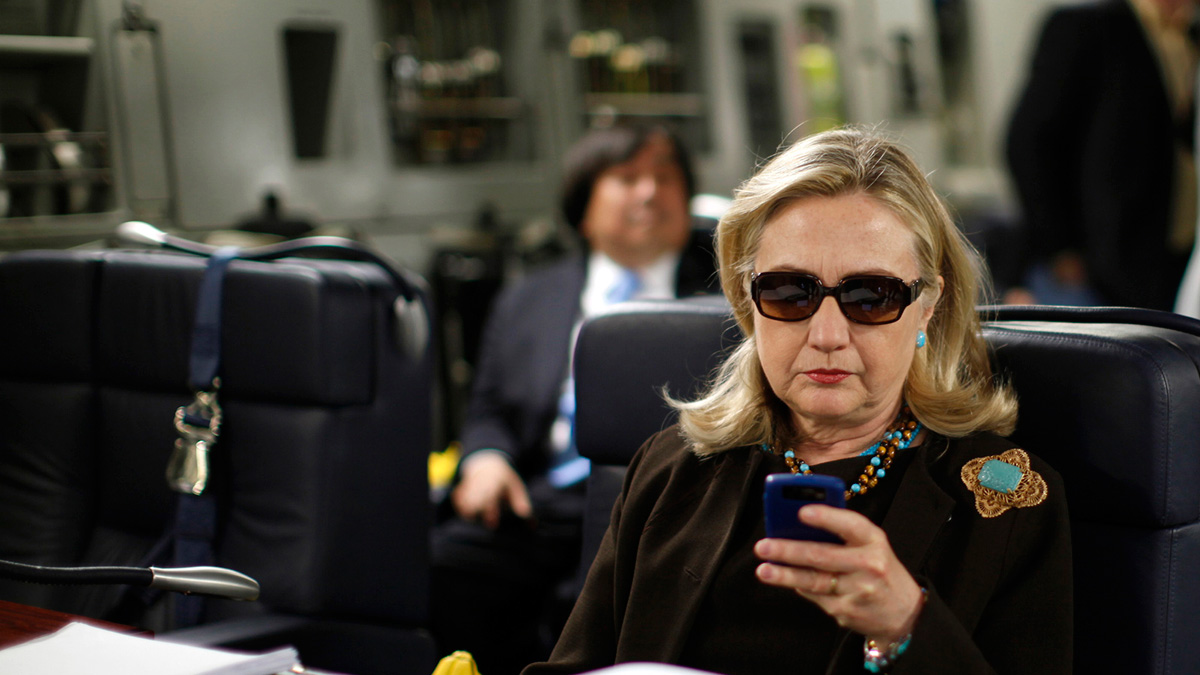 A hacked email from Clinton campaign chair John Podesta’s email reveals that as well as the usual sampling of politicians, Hillary was considering tech businesspeople like Tim Cook and Bill Gates for the other spot on her ticket.

Cook was on a list of 39 potential candidates, the “first cut” of potential VPs. The list was sent in an email from Podesta to Clinton on March 17th.

The list was split into groups, featuring politicians you’ve probably heard of — Tim Kaine, Elizabeth Warren, Bernie Sanders (!) and outsiders, like Cook, Michael Bloomberg and both Bill and Melinda Gates.

Clinton ended up going with the most middle-of-the-road politician she could find in Tim Kaine, but it would have been interesting to see if Tim Cook would have accepted the offer. Sure, he doesn’t have any political experience, but his track record of running the world’s most valuable brand, negotiating trade deals with China and studiously minimizing taxes offers an obvious allure for this campaign.

Plus, an out gay business leader combining with the first female nominee to run for the White House would have been quite the coup. It’s less clear how Apple’s shareholders would see the move, of course.

The full email, via Wikileaks, is below.

Ok, I can breathe again! Congrats on a fabulous night. I am feeling like it’s possible to get back to the longer term again. Cheryl and I met with Jim Hamilton on Friday to discuss lawyers who can help do the research and vetting that I outlined in the VP vet memo we discussed. We also met with Marc Elias to get his input on firms that have already provided substantial volunteer lawyer assistance and to get prepared to execute non-disclosure agreements with anyone we involve in the process.
We put together the attached notional teams of “report writers” (confidential profiles/public record vet) and “vettors” (deep-dive/oppo-book), and want to run it by you before we execute on the list. Let me know if there are people you would like to see added or removed before we begin the process.
Cheryl, Robby, Jake, Huma, Jennifer and I also did a first cut of people to consider for VP. I have organized names in rough food groups.
Javier Becerra
Julian Castro
Eric Garcetti
Tom Perez
Ken Salazar
Tammy Baldwin
Kirsten Gillibrand
Amy Klobuchar
Claire McKaskill
Jeanne Shaheen
Debbie Stabenow
Elizabeth Warren
Michael Bennet
Sherrod Brown
Martin Heinreich
Tim Kaine
Terry McAuliffe
Chris Murphy
Tom Vilsack
Steve Benjamin
Corey Booker
Andrew Gillum
Eric Holder
Deval Patrick
Kasim Reed
Anthony Foxx
John Allen
Bill McCraven
Mike Mullen
Mary Barra
Michael Bloomberg
Ursula Burns
Tim Cook
Bill Gates
Melinda Gates
Muhtar Kent
Judith Rodin
Howard Schultz
Bernie Sanders