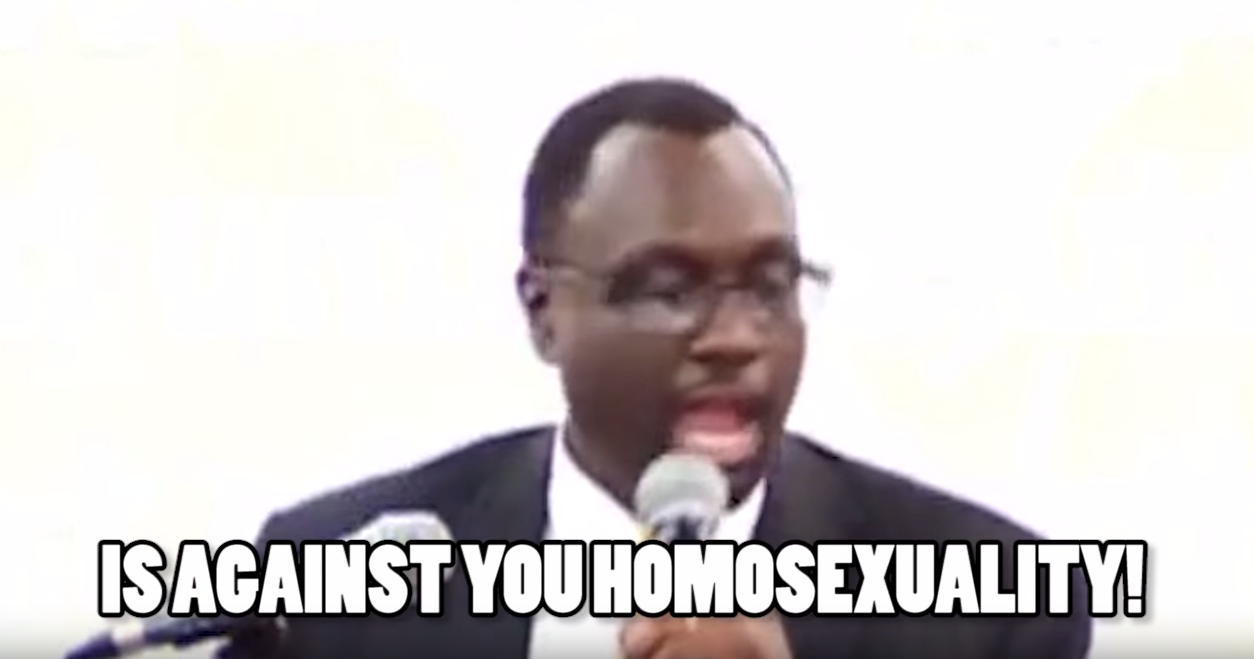 It’s not been a good few weeks for CenturyLink. While in the midst of a $34 billion merger, the firm has been hit with a pair of lawsuits seeking up to $12 billion in damages for a Wells Fargo-style fraud scheme.

Now, a video has emerged of Odell Riley, CenturyLink’s Chief Diversity Officer, railing against the sins of homosexuals in a sermon given at Jerusalem Temple COGIC in
Leland, Mississippi.

The video recently surfaced is an excerpt from a longer half-hour sermon that Riley gave in 2014. His comments about homosexuality come in the context of a wider talk about the devil taking up residence in a house, and bad things like Satanism and homosexuality can be spoken to with the blood of Jesus.

As recently as February, Riley was listed on CenturyLink’s website as the VP Human Resources and Chief Diversity Officer. His mission statement was that “We succeed with great business ideas influenced by our different backgrounds, cultures and beliefs. When we value and respect each other for our unique perspectives, we can create the best solutions for our customers, who also have different backgrounds, cultures and beliefs.”

Riley is no longer listed on CenturyLink’s website, and a spokesperson for CenturyLink told BGR that he has ” not been the Chief Diversity Officer of CenturyLink for at least a year.” Riley’s LinkedIn still lists him as being employed by CenturyLink, and the spokesperson has not confirmed Riley’s status with the company.

The spokesperson added that “Our diversity efforts are led by a team, which includes several senior executives.  We have eight employee resource groups, one of which is EAGLE, whose mission is to strengthen the supportive environment around lesbian, gay, bisexual and transgender employees. CenturyLink has offered benefits to same-sex couples for almost a decade and continues to meet or exceed industry standards in terms of other benefits and policies.”