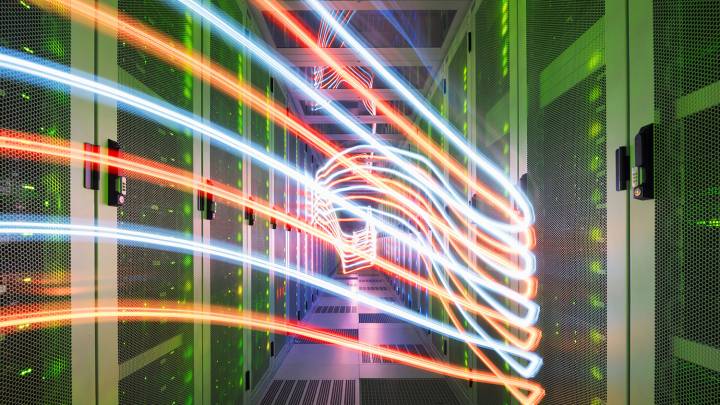 New research out of Northeastern University and the University of Massachusetts, Amherst was picked up today in a Bloomberg piece that reports how carriers are throttling video-heavy apps like YouTube and Netflix. It will undoubtedly come as news to some users, but it might come as absolutely no surprise to others. But more than all that, it also could lead a person to conclude that maybe we should stop referring to something like an ‘unlimited’ smartphone data plan by that language.

Since, as many people know by now, you could almost argue there’s no such thing, really, as an unlimited plan at all. At least, the way the average person probably thinks about it when they hear that word. The average person hears that word and possibly imagines something with no bounds, no limits. When, really, what carriers mean and spell out in their fine print is that these plans are unlimited UNTIL something happens. Until a condition or conditions of some sort are met.

The researchers, as reported by Bloomberg, used a smartphone app called Wehe to monitor the performance of mobile services and to try and spot when data is being throttled. It’s supposedly the single largest running study of this kind that’s been done.

Here are some quick findings:

“Among U.S. wireless carriers, YouTube is the No. 1 target of throttling, where data speeds are slowed, according to the data,” the news outlet reports. “Netflix Inc.’s video streaming service, Amazon.com Inc.’s Prime Video and the NBC Sports app have been degraded in similar ways, according to David Choffnes, one of the study’s authors who developed the Wehe app.

“From January through early May, the app detected ‘differentiation’ by Verizon Communications Inc. more than 11,100 times, according to the study. This is when a type of traffic on a network is treated differently than other types of traffic. Most of this activity is throttling.”

AT&T, meanwhile, did this almost 8,400 times, according to the report. “Carriers say they’re throttling to manage internet traffic. To deliver the videos people want to watch on their phones, sacrifices in speed are required, according to the three largest U.S. wireless companies, Verizon, AT&T and T-Mobile. Terms-of-service agreements tell customers when speeds will be slowed, like when they exceed data allotments. And people probably don’t notice because the video still streams at DVD quality levels.”
Want HD video? Sure thing — pay more, the carriers will ask you.
Speaking of exceeding data allotments, I’m on an unlimited plan with AT&T myself. The company actually just texted me yesterday that I’ve already used a lot this month, and that if I exceed a certain amount before the next billing cycle, “you can still use unlimited data however your speeds may be reduced in areas with network congestion.”
This is one reason it may be appropriate to rethink some of the nomenclature around this whole discussion. Such as making it clear that unlimited doesn’t mean “unlimited without conditions.” To that end, Verizon spokesman Rich Young told Bloomberg that to use the term “throttling” to describe this activity is misleading. The company simply manages traffic on its network, which is not the same, he says, as “blanket throttling.”

What also makes this a pretty significant discussion with lots of moving parts is there’s an element of net neutrality wrapped up in all this. That principle, of course, means that carriers have to treat all data on their networks the same and can’t prioritize one thing and slow down another. Which — isn’t that sort of what’s happening when a carrier is slowing speeds to free up data congestion on its network?

That’s an emphatic “no,” according to an AT&T spokesman who told BGR: “We don’t throttle, discriminate, or degrade network performance based on content. We offer customers choice, including speeds and features to manage their data. This app (Wehe) fails to account for a user’s choice of settings or plan that may affect speeds. We’ve previously been in contact with the app developers to discuss how they can improve their app’s performance.”

One thing consumers can probably definitely take away from all this — go ahead and binge all the Better Call Saul on Netflix that you want, or catch up on all the Fine Bros.’ YouTube videos if that’s your thing. It’s just that, your unlimited data plan has some fine print you need to familiarize yourself with. Fine print on those unlimited plans that you might find actually includes some — well, some limits to be aware of.