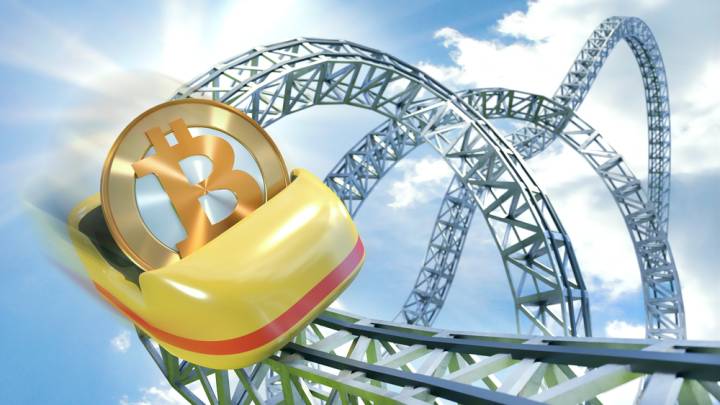 Until very recently, Bitcoin was a pleasant fantasy for people who wanted to start crypto-micronations in the ruins of failed European cities. But thanks to recent rampant speculation, the price of Bitcoin is hitting all-time highs on a minute-by-minute nation, and more and more people want in.

Now, to acquire Bitcoin, you either need cheap electricity and a small server farm, or some good ‘ole fiat currency. Unfortunately, there are also banks out there that will gladly mortgage your house to buy Bitcoin, and some people are taking them up on it.

“We’ve seen mortgages being taken out to buy bitcoin. … People do credit cards, equity lines,” Joseph Borg, president of the North American Securities Administrators Association, told CNBC today. “This is not something a guy who’s making $100,000 a year, who’s got a mortgage and two kids in college ought to be invested in.”

The risks here seem obvious, but let’s run over them again, because clearly, the people in the back haven’t worked this out yet. Bitcoin is a crypto-currency; unlike dollars or pounds or kroner, there’s no national goverment backing it up. It requires more energy than Denmark to keep online, something that’s only profitable right now because Bitcoin has increased in value faster than swimming lessons on the Titanic.

Anyone looking at a chart can see that Bitcoin is either a huge bubble, or a brand-new financial instrument without any kind of precedent. If you’re willing to literally bet your house on the difference between the two, then go right ahead. For everyone else: Maybe just start with the credit cards, mmkay?