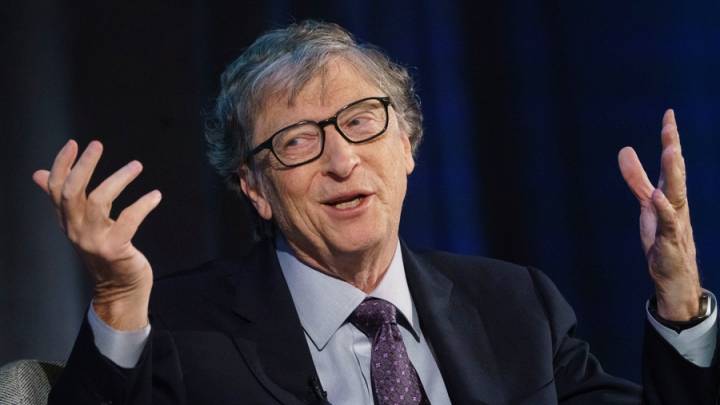 Bill Gates would like you to know that the reason his late rival was able to resuscitate Apple and take the iPhone maker from near-death to being the most valuable company in the world is that Steve Jobs was so successful at making people believe in an idea. Or, as Gates puts it, that Jobs was so good at “casting spells.”

You get it, right? It’s an uncommonly fantastical metaphor to hear from the Microsoft co-founder, who can get pretty wonky and technical in his description of these kinds of things. But in a segment set to be broadcast on Sunday during the CNN program Fareed Zakaria GPS, that’s how Gates will explain why he thinks Steve was able to do what he did and engineer one of the greatest business success stories of all time. And why Gates was able to see through it all, even though he admits couldn’t recreate the magic to the same degree.

“I was like a minor wizard because he would be casting spells, and I would see people mesmerized, but because I’m a minor wizard, the spells don’t work on me,” Gates said, according to advance news of his remarks reported by Bloomberg.

What exactly does Gates mean by casting spells? He brings up Jobs’ 1988 launch of the NeXT computer. NeXT soon after gave up on hardware altogether and was bought by Apple less than a decade after that, but even though the computer “completely failed, it was such nonsense, and yet he mesmerized those people.”

But Gates goes even farther in the description he shares during Sunday’s CNN program about the rival with whom he also collaborated on occasion. Gates, who seems to be in something of a reflective, philosophical mood lately during his recent interviews and public remarks, says he’s never met anyone as good as Jobs “in terms of picking talent, hyper-motivating that talent, and having a sense of design of, ‘Oh, this is good. This is not good.’”

It’s not a sugar-coated walk down memory lane he shares either, acknowledging that Jobs was sometimes an “asshole.” Gates also acknowledges his own tendency toward micromanaging that seems to remain in place to this day — specifically, at the Bill & Melinda Gates Foundation which works to promote healthcare globally and fight poverty. “I’m still clear about, ‘Hey, that toilet design’s too expensive,” Gates says at one point during the segment. “It’s a dead end. We’re not going to put more money into that.”

It’s interesting to hear Gates looking back on these key players and moments from his life, such as his assertion that Jobs used something beyond technical competency to turn Apple into a powerhouse. Likewise, Gates also recently made headlines by acknowledging what he feels has been his biggest mistake — the failure to invent Android.

“It’s amazing to me that having made one of the greatest mistakes of all time, and there was this antitrust lawsuit and various things, that our other assets like Windows and Office are still very strong, so we are a leading company,” Gates said recently at Village Global. “If we had gotten that one right, we would be the leading company, but oh well.”