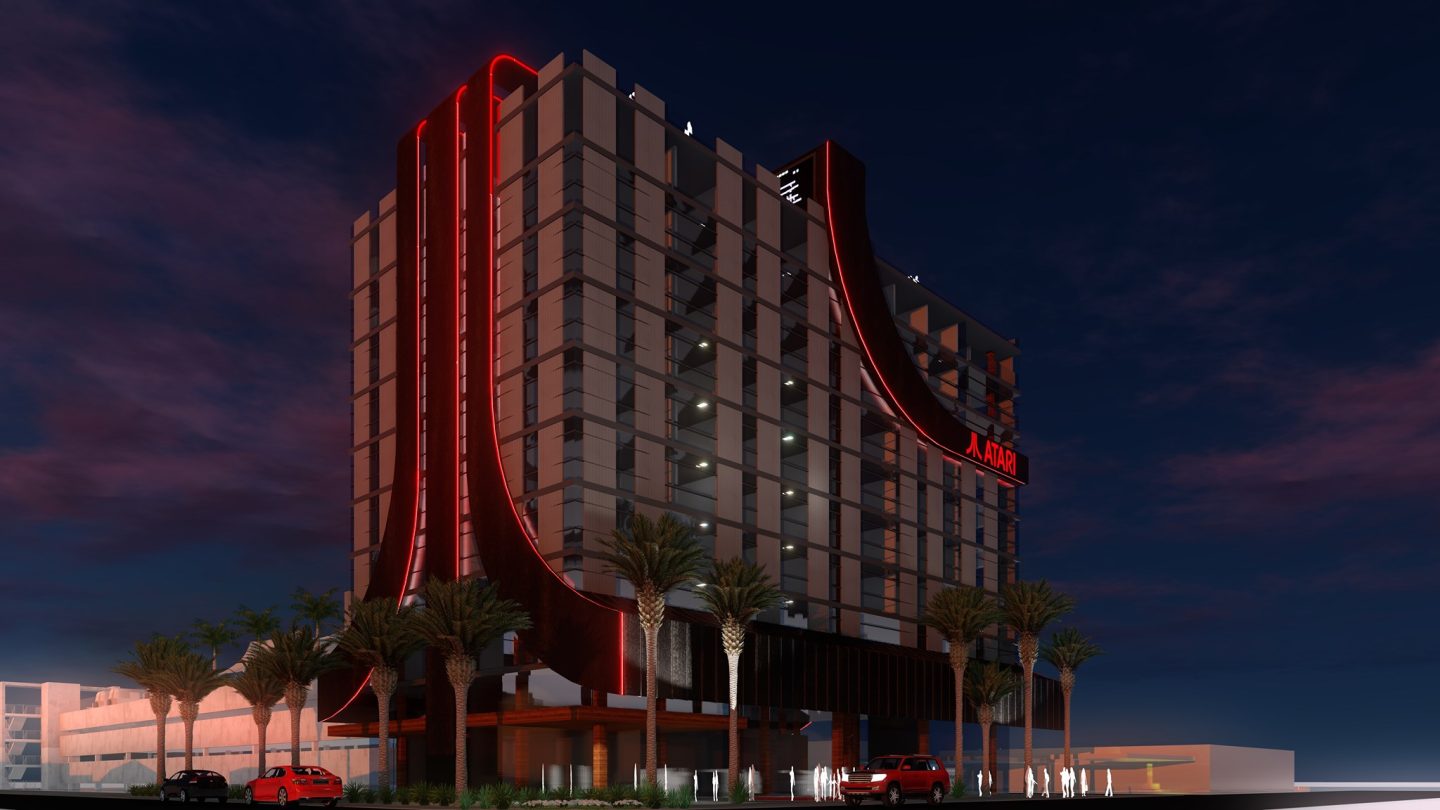 I have a lot of fond memories of owning an Atari 2600 console as a kid, a couple decades before consoles were even as remotely powerful as they are now. The graphics were blocky and crude back then, the games generally didn’t have much in the way of a story, but you could nevertheless somehow lose track of time playing Pac-Man, Defender, and all the other games that adhered to Atari founder Nolan Bushnell’s famous maxim. The one about how games should be easy to learn, but difficult to master.

Atari, of course, got eclipsed by other video consoles that came after, but there’s still a lot of nostalgia attached to the legacy brand. So much so that its corporate caretakers have an idea for something new they want to try with the brand: A chain of Atari-themed hotels, the first one of which (in Phoenix) will start construction soon and be ready for Player One in about two years.

According to the company’s announcement, Atari Hotels will “level up” the traditional hotel stay, with fully-immersive experiences for all ages and gamers and include the latest in virtual and augmented reality. Select hotels will also feature venues and studios to accommodate esports events, and following the start of construction in Phoenix work will begin on Atari hotels in Austin, Texas; Chicago; Denver; Las Vegas; San Francisco; San Jose, California; and Seattle.

Development and design of the Atari-branded hotels is being led by GSD Group and Napoleon Smith III, producer of the Teenage Mutant Ninja Turtles film franchise reboot. Phoenix-based True North Studio, working alongside GSD Group with Steve Wozniak’s Woz Innovation Foundation, will develop the first hotel. “We are thrilled to partner with GSD Group and True North Studio to build the first-ever Atari branded hotels across the United States,” said Atari CEO Fred Chesnais. “Together we’ll build a space that will be much more than just a place to stay. Atari is an iconic global brand that resonates with people of all ages, countries, cultures and ethnic backgrounds and we cannot wait for our fans and their families to enjoy this new hotel concept.”

Atari’s story dates back to the 1970s and to the launch of the first commercially successful video game (Pong). Apple co-founders Steve Jobs and Steve Wozniak also worked there for a brief period, and while the US arm of Atari filed for bankruptcy in 2013, it lives on today under the auspices of a French concern that manages things like its classic video games including Asteroids.