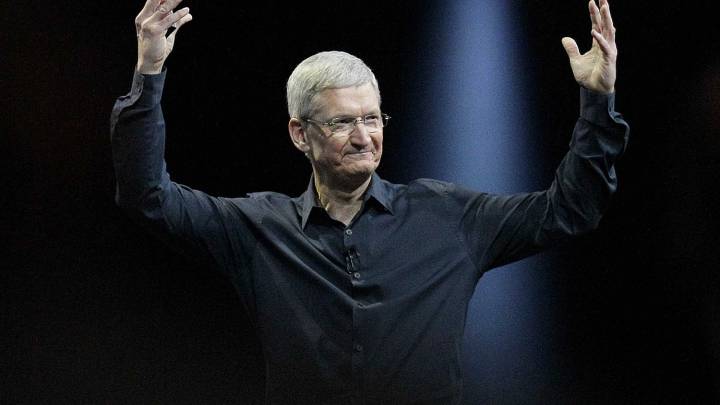 Apple’s stock opened at a record high on Monday morning, thanks to a general stock-market rally and some kind words from Warren Buffett last week. The company surpassed $185 per share for the first time since its last stock split, and now sits closer than ever to being the world’s first trillion-dollar company.

At its current share price of $187, Apple is worth nearly $920 billion, well in excess of its rivals. Alphabet sits at $716 billion, while Amazon — which probably has the best chance of anyone at beating Apple to the trillion-dollar mark — is sitting at $776 billion.

Apple’s share price is riding high thanks to a strong endorsement last week from Buffett’s Berkshire Hathaway, which increased its holding of Apple to become the company’s third-largest investor. “It is an unbelievable company,” Buffett said. “If you look at Apple, I think it earns almost twice as much as the second most profitable company in the United States.”

The legendary investor also threw shade on day traders, who he said totally miss the point of investing in a company like Apple. “Nobody buys a farm based on whether or not it’s going to rain next year or not,” Buffett explained.”You buy it because you think it’s a good investment over 10-20 years.

“The idea that you’re going to spend loads of time trying to guess how many iPhone Xs are going to be sold in a given 3 month period totally misses the point,” Buffett added. “It’s like worrying about the number of BlackBerrys ten years ago.”

Apple CEO Tim Cook responded to the praise in kind. “On a personal level, I’ve always greatly admired Warren and have always been grateful for his insight and advice,” Cook said in a statement.