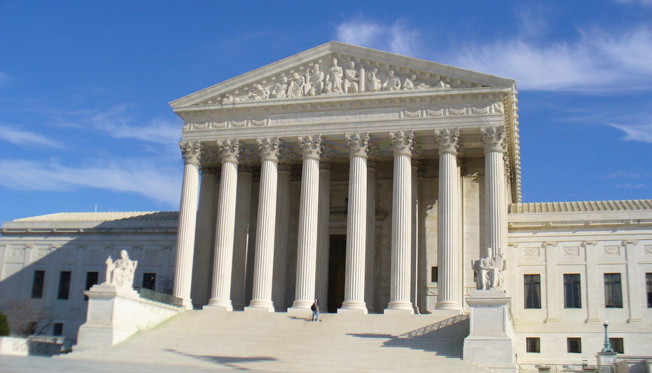 Yes, the rounded rectangles dispute will be going all the way to the land’s highest court.

Five years after the Apple vs Samsung patent dispute officially kicked off, the case is set to be resolved once and for all. The Supreme Court is set to hear oral arguments over Samsung’s appeal in part of its long-running legal dispute, with the date set for October 11th. A verdict is expected sometime in December or January.

The Supreme Court isn’t going to hear an argument over the entirety of the Apple vs Samsung patent case. Instead, it’s only hearing a tiny portion of the lower court’s settlement, which Samsung is appealing. Specifically, Samsung thinks that it has suffered “excessive penalties,” and that the scope of the violated patent should be less, and any penalties should be assessed based on the profits from the patented component, not total profits.

It’s a complicated argument to understand, but the idea is that Samsung thinks that just because it violated one tiny design patent, it shouldn’t be penalised based on the profits of an entire phone.

Samsung has already paid Apple the $548 million settlement due in this case, so now it’s basically fighting for a refund. More than that, it’s fighting for PR and precedent. If Samsung can get a tiny portion of Apple’s ruling overturned and some money refunded, it will go a long way towards fixing its public image as a serial copier, rather than an innovator.