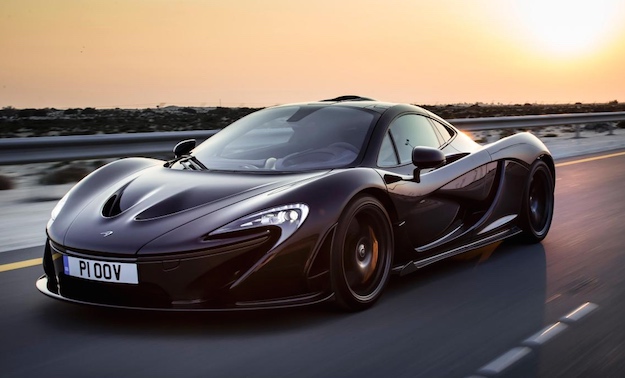 Earlier today, the FT published a report saying that noted watch manufacturer Apple was in talks to buy a small racecar company in the suburban England. Rumors went wild for about two hours, until McLaren spokespeople firmly denied any talks were ongoing.

The FT isn’t in the habit of totally making stuff up, so what exactly is going on?

Another important piece of the puzzle came from NYT reporter Brian X. Chen, who confirmed talks between Apple and McLaren from his own sources. He also added that Apple was also looking at investing in Lit Motors, a small San Francisco startup that makes self-balancing electric motorcycles.

Add this into recent news that Apple is “rebooting” its Project Titan car project, and recently laid off dozens of in-house engineers, and a pattern starts to emerge.

Let’s say for a minute that Apple has been working on some kind of self-driving car project, entirely in-house, for the past couple years. (That idea is backed up by a long list of reports by this point.) But at some point in the recent past, things stopped going to plan, and Apple either realized it was heading in completely the wrong direction, or maybe its team just wasn’t making any progress.

Worried by the fast progress being made by self-driving rivals like Tesla, Uber, Google and Volvo, Apple decided it needed to hire in some talent. So, it started doing the rounds to find a small car company with a strong R&D department that it could acquire.

McLaren, which is famous for its prowess in computer systems and materials science developed at its own R&D facility, would be an obvious candidate. So initial talks happened, as confirmed by the FT and NYT, but it wasn’t the right fit. So it’s a good guess that McLaren and Lit are just two of a list of companies that Apple is looking at acquiring.

Although buying a stake in a car company would be a strange move for Apple historically, the timing makes sense. Tim Cook has been on a campaign of unusually large investment recently, between buying Beats and a stake in Chinese ride-sharing company Didi Chuxing. With the British pound at a historic low and the bulk of Apple’s cash sitting outside the US, a major investment also makes financial sense for Apple.

So even though an Apple/McLaren takeover may not be on the cards, it sounds suspiciously like Apple is shopping around for a team of engineers to further its self-driving car plans. Of course, buying up a brain trust is one thing; competing with already-established self-driving car companies to be the big player in a brand-new industry is quite another.