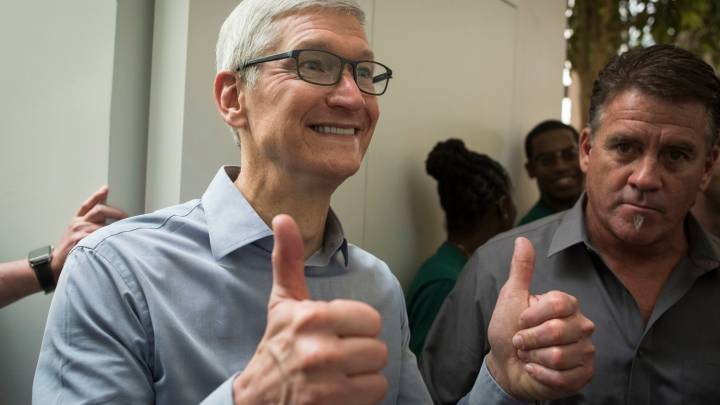 This year is going to be another busy one for Apple, with everything from 5G support coming to the new iPhone 12 series, as well as a continued push by Apple to grow other non-iPhone components of its business like Apple Card and Apple TV+. Along those lines, not only has Apple for some time now boasted that its services business alone is about the size of a Fortune 100 company — Apple senior vice president Eddy Cue said 2019 was the biggest year for the company’s services business yet, with iOS customers having spent a record $1.42 billion on apps between Christmas Eve and New Year’s Eve alone.

All of that is fueling a new super-bullish prediction from Wedbush analyst Dan Ives about Apple — already the biggest US company based on market capitalization — that the iPhone maker could very well be the first company to hit a $2 trillion market cap by the end of next year.

“We believe by the end of 2021 Apple has potential to be the first $2 trillion valuation given the 5G tailwinds and services momentum potential over the coming years,” Ives wrote in an analyst note published on Monday. He’s also described the past year as the start of a “transformational 5G super-cycle” for Apple, which he estimates will see its services business explode to between $500 billion and $650 billion in sales.

CNBC has noted that Ives is one of the biggest Apple bulls on Wall Street, but that didn’t stop UBS from boosting its price target on Apple shares Tuesday from  $280 to $355.

UBS’ latest smartphone survey data reveals that almost a quarter of respondents are excited about the advent of 5G support for iPhones, and that “purchase intent” for iPhones keeps getting better in multiple regions around the world. In fiscal year 2020, UBS is estimating iPhone sales to hit 196 million — 5% improvement, year-over-year.

We’re still months away from new iPhones being officially revealed, but we’re already getting a taste of how much busier Apple will be along these lines in 2020. For example, as we noted earlier this month, sources within Taiwan’s handset supply chain report that Apple may launch as many as six iPhones this year — four OLED and two LCD models.