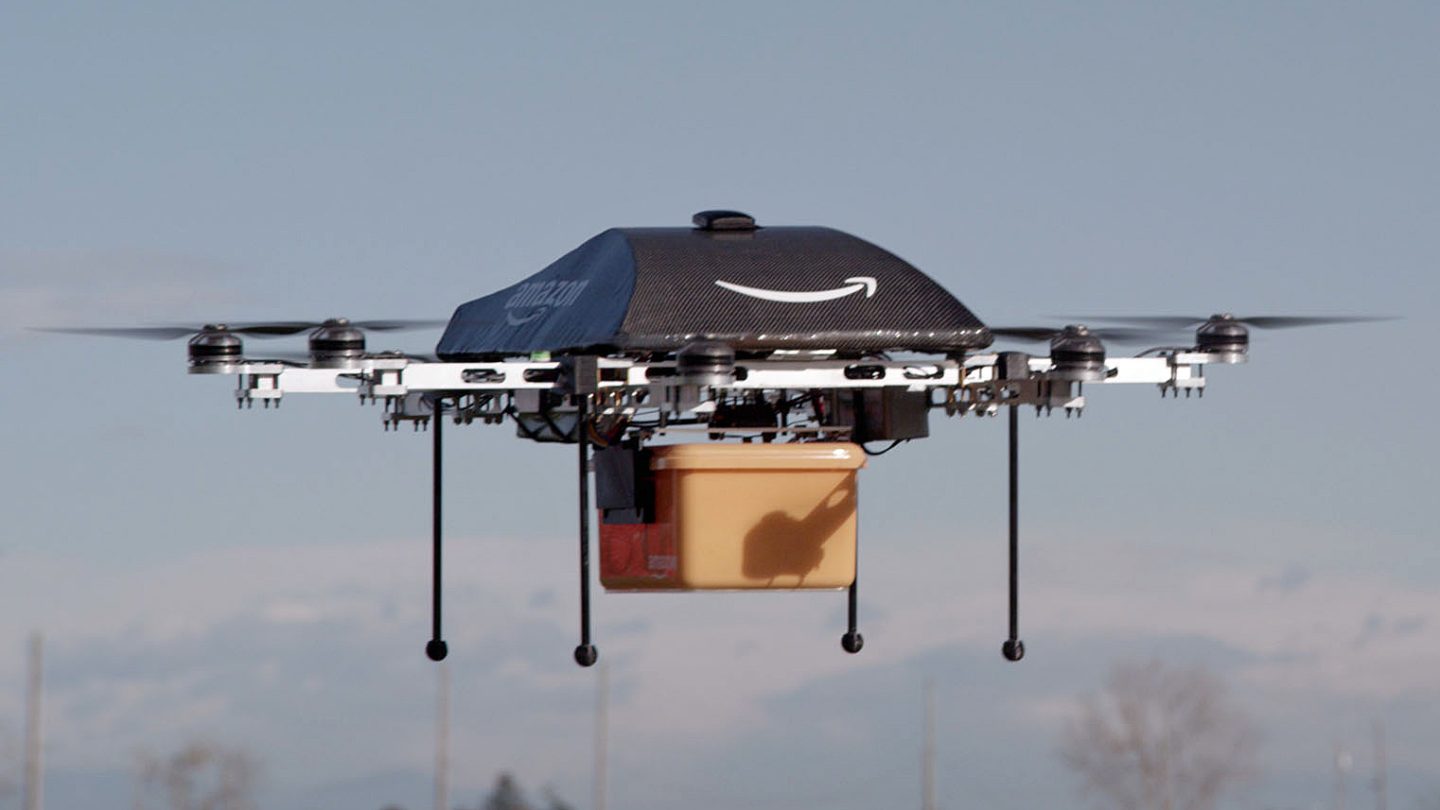 Amazon’s plans to use drones to deliver your purchases is moving along swiftly, with the company having already tested the system both abroad and here in the US, but once the retail giant has blocked out the sun with flocks of its fancy delivery bots it’s going to need a plan to sell you even more stuff. If a newly granted patent is any indication, Amazon is already planning a strategy to use the information about your home gathered by its drones to pitch you more products.

The patent, titled simply “Trigger Agents in Video Streams From Drones,” describes a system by which a delivery drone could scan your home and property while it’s dropping off a package and then send that information back to Amazon. That information would then be broken by an image recognition algorithm to determine what other products you might be interested in, which would then be suggested to you in one of Amazon’s familiar pitches via email or other targeted advertising.

“For example, instructions may be provided to an unmanned aerial vehicle to deliver an item,” the patent reads. “The unmanned aerial vehicle may be configured to record data while delivering the item. In embodiments, the captured data may be received by a computer system and properties about a destination for the delivery may be identified by analyzing the data. A recommendation may be generated based at least in part on the identified properties.”

It’s essentially the same sales strategy behind targeted internet ads that use your past search history and website visits to guess what kinds of products you’d be willing to buy. Still, the added wrinkle of those suggestions being pulled from video footage of your home, shot by a drone, makes it extra creepy, and it’ll be interesting to see how Amazon navigates the minefield of consumer privacy regulations if it ever decides to put this plan into motion.