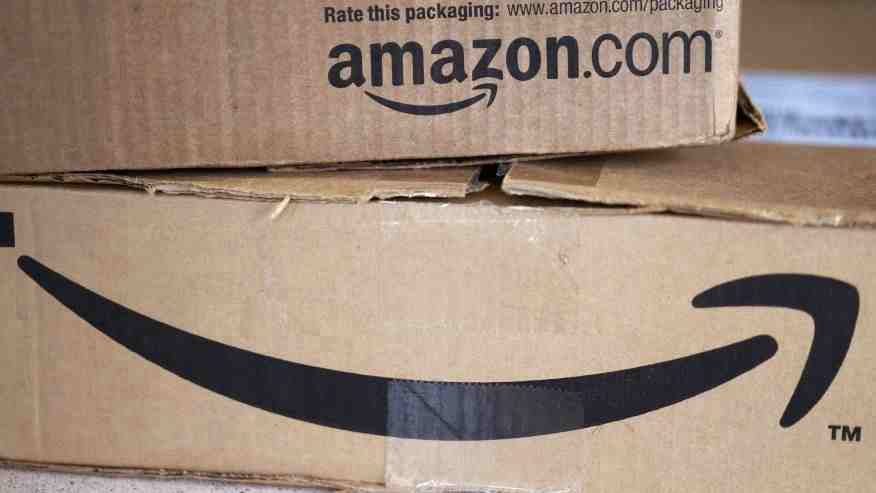 Alexa, how are we doing?

We seem to be doing well. Amazon shipped more than one billion items worldwide with Prime and Fulfillment this holiday season.

Alexa, did you say billion, with a B?

Yes, I said billion, with a B.

Alexa, how did that compare to last year?

Last year we shipped over 200 million items with Prime. Not bad, huh?

AMAZON ECHO VS. GOOGLE HOME IN A VIRTUAL STANDOFF

Alexa, how do you explain this success?

It’s all because of MEEEE! Our top best-sellers were Echo, Echo Dot, Fire TV Stick and Fire tablet — MEEEE! We sold more than nine times as many me’s this holiday season as we did in 2015. Hooray for MEEEEE!!!!

Alexa, at the risk of blowing a fuse, tell me more.

People really like Tom Collinses and Manhattans. And chocolate chip and sugar cookies. And “Home Alone” and “Elf.” And Frank Sinatra and Mariah Carey. And Michael Bublé.

Alexa, how did we do with same-day shipping?

The fastest Prime Now delivery on Christmas Eve took 13 minutes. It was delivered at 9:05 p.m. to a Prime member in Redondo Beach, California.

Alexa, what was our best day for same-day delivery?

That would be December 23. Members ordered three times more items than last year. Mostly, they wanted me, of course. Lots of me. And Oreo cookies.

The most streamed holiday song on Amazon Music was “It’s the Most Wonderful Time of the Year” by Andy Williams. The most downloaded foodie Kindle book was Anthony Bourdain’s “Kitchen Confidential.” The most downloaded non-fiction book was “The 5 Love Languages: The Secret to Love that Lasts,” by Gary Chapman. The most downloaded audiobook was Trevor Noah’s “Born a Crime: Stories from a South African Childhood.”

Alexa, is that all?

We sold enough 4K TVs to reach the peak of Mount Everest more than nine times. We sold enough KitchenAid Mixers to make more than 7.5 million cookies at once. We sold enough Wilson footballs to give to every fan at a sold-out Seahawks game. We sold more Marvin the Moose dog toys than there are actual moose in New England. We sold enough Char-Broil The Big Easy Turkey Fryers to cook 225,000 pounds of turkey. We sold enough Razor Jet Heel Wheels to roll a fully loaded space shuttle to the launch pad at Cape Canaveral.

FROM HIGH-FLYING DREAM TO REALITY: AMAZON FULFILLS ITS FIRST ORDER USING A DRONE

Alexa, is there any bad news?

There is. I’m sorry to say that somebody in Irvine, California, has a cold.

We delivered our very last Prime Now same-day order before Christmas one minute before Santa arrived, at 11:59 p.m. on December 24. The order included a heated mattress pad, NyQuil and Afrin Nasal Spray.