Xbox Series X review: Full speed ahead into the next generation 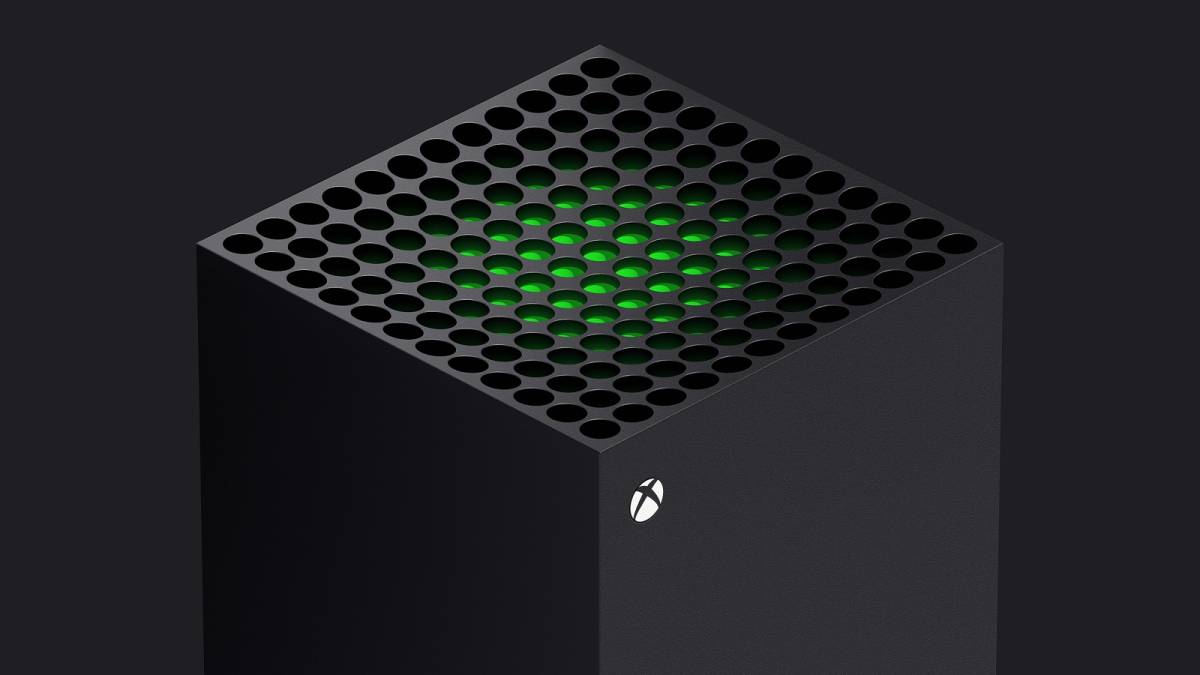 For the past several generations, new consoles have differentiated themselves with upgraded hardware and redesigned software. When you powered on your PS4 or Xbox One for the first time, you could tell the difference right away. The interface and the user experience changed dramatically in 2013 for both Sony and Microsoft’s consoles, as new features and functionality were added. After all, media apps and streaming services had exploded in popularity between 2005 (the year the Xbox 360 launched) and 2013, so it made sense that the UI would need to be overhauled to put more of a focus on media support.

Sony continued down this path in 2020 with the PlayStation 5, which features yet another brand new interface. But Microsoft chose a different path. Weeks before the arrival of the Xbox Series X and Xbox Series S, Microsoft pushed out a massive update for every Xbox One model which featured a completely revamped interface. It’s cleaner, faster, and easier to navigate than the previous UI. It’s also the exact same UI that ships with the Xbox Series X and S.

During my time with the Xbox Series X, I would have both consoles turned on at the same time, connected to the same TV, in order to compare them to one another. On more than one occasion, I had to double-check the input because I wasn’t sure which console I was using. What this made me realize is that for the first time, a next-generation video game console feels more like a smartphone upgrade than it does like a console upgrade.

When you buy a new phone, you’re not paying for an unprecedented experience. iOS 14 looks the same on an iPhone 8 as it does on an iPhone 12 Pro Max. Save for a few features, the two phones behave identically — one is just much, much faster and more powerful than the other.

This is how you have to look at the next-generation of consoles from Microsoft. If you’ve turned on your Xbox One in the past month, you already know what you’re getting when you pay $300 for the Xbox Series S or $500 for the Xbox Series X, at least when it comes to the user experience. The good news is that the latest Xbox software update is one of the best the company has ever released, and with the power of an 8-core CPU, a 12-teraflop GPU, 16GB of RAM, and a custom SSD, it runs flawlessly on the new hardware.

This is indicative of Microsoft’s approach to the entire generation — it’s all about making the transition as seamless as possible, both for the company and the consumers. If you know how to operate an Xbox One, you know how to operate an Xbox Series X and Xbox Series S. Furthermore, if you own a game for Xbox One, Xbox 360, or even the original Xbox, you can play that game on your new Xbox Series X|S. Microsoft confirmed just days before launch that every Xbox game — save for those that require Kinect — will be playable on the new consoles at launch. Plus, many of them will load faster and look better as well.

One of the first games that I tried on Xbox Series X was Watch Dogs: Legion, which I reviewed last week. In Watch Dogs: Legion, you can open up the map and fast travel to different locations by clicking on subway stops. On my Xbox One X, it took a significant amount of time to load — 30 seconds from the time I hit the button to the time my character appeared back on screen. When I switched over to the Xbox Series X, that same process was nearly instantaneous.

The same was true for Forza Horizon 4, which loaded at least twice as fast on Xbox Series X. Plus, everything else just moved faster, from the pause menu appearing instantly after I pressed the button to races starting more quickly. It really feels like these games are finally running as intended for the first time. Will this convince anyone to rush out and replace their Xbox One? I have no idea, but I can tell you that virtually every game you play will run more smoothly on the Xbox Series X than it does on your last-generation console.

While countless games will get a boost from the new consoles, there are dozens of games that are specifically “Optimized for Xbox Series X|S.” You’ll see a badge for these games on boxes in stores and on Microsoft’s digital storefront, which means that have been built (or rebuilt) to take advantage of everything the Series X and Series S have to offer, including Variable Rate Shading hardware-accelerated DirectX Raytracing for more realistic environments, framerates at up to 120fps, and significantly faster loading times using the new Xbox Velocity Architecture.

Many games that are Optimized for Xbox Series X|S will also support Smart Delivery, which means you only have to buy a game once to receive both the Xbox One and Xbox Series X|S version of that game. Every first-party Xbox Games Studio title will use Smart Delivery, but a growing selection of third-party titles will as well, including Assassin’s Creed Valhalla, Borderlands 3, Cyberpunk 2077, Destiny 2, and Marvel’s Avengers. You can check out the full list on Microsoft’s website if you want to see all of the games that support these features.

Speaking of playing games, one of the best new features of the Xbox Series X|S is Quick Resume, allowing you to switch between active games on the fly without having to reload them. For example, in testing the feature, I opened up Batman: Arkham Knight, played for a few minutes, and then opened Human: Fall Flat and started a local match. It took the Series X less than 10 seconds to switch from one game to the next, right where I left off, when I opened the menu with the Xbox button and selected the other game. How often will I be switching back and forth between games at a rapid pace? I have no idea, but it’s yet another example of just how powerful this console is, especially compared to its predecessor.

One of Microsoft’s biggest problems is that the games you’ll be playing at launch will mostly be the games you already own. Sticking with the theme of iteration over evolution, there will be few, if any, Xbox Series X|S console exclusive titles in the months ahead. This isn’t necessarily a criticism, and it (presumably) won’t matter much if you’re reading this review 12 or 18 months after launch, but it’s yet another way this generation differs so much from previous generations. Microsoft has invested heavily in acquiring third-party studios, but we won’t see the fruits of those acquisitions for months or years to come. So what are we supposed to play in the meantime?

It’s impossible to talk about the Xbox brand without talking about Xbox Game Pass. What started as an intriguing, if limited, service has become a true “Netflix for video games,” to use a trite phrase. Starting at $9.99/month, Xbox Game Pass features hundreds features a rotating library of well over 100 games, including major releases from third-party studios (Doom Eternal, Mortal Kombat X, The Outer Worlds) and all of Microsoft’s latest first-party titles (Gears 5, Forza Motorsport 7, Minecraft Dungeons). For the foreseeable future, every game on Xbox Game Pass will be playable on both Xbox One and Xbox Series X|S, but virtually all of these games will also play better on the new consoles. For those who don’t already own an Xbox One, this could be an incredibly compelling argument for choosing a Series S or Series X this fall.

If you spring for the Xbox Series X over the Xbox Series S, all of your physical discs will be fully compatible with the console. I slid a copy of Titanfall into the disc drive (the wrong direction at first, I might add — the disc face should be on the left if you have your Series X standing vertically), and it immediately began installing. Seconds later, I received a notification that Titanfall would require an update (4.2GB, though they will vary from game to game) in order to play it on my Xbox Series X. The process is relatively seamless, which is good news for those of you who still worship at the altar of physical media.

Finally, if you have a sizable collection of digital games already installed on an external hard drive connected to your Xbox One, bringing them over is as simple as unplugging the drive and plugging it into your Series X or Series S. There’s no setup or series of menu screens to navigate — it’s just plug-and-play. This is also probably a good time to mention that there is a storage expansion slot on the back of the new consoles that accepts a Storage Expansion Card with the same peak speed and performance of the internal SSD. You can’t play Xbox Series X games from a standard hard drive, so you’ll need one of these if you plan to use up more than the 1TB of internal storage that the Xbox Series X offers. That said, because I know someone’s going to ask, there’s only 802GB of usable space.

More evidence of Microsoft’s iterative approach to this generation comes in the form of the new Xbox Wireless Controller. I promised myself I’d avoid talking about the PS5 as much as possible in this review, but Sony opted to radically redesign its standard controller for the new generation. Alternatively, Microsoft stuck with a familiar design for the Xbox Series X|S controller. If you’ve ever used an Xbox One controller, you’ll be right at home with the next-gen rendition.

The most obvious change is the addition of a Share button on the front of the controller directly below the Xbox button. It’s kind of crazy to think that Microsoft went an entire generation without having a button to quickly take a screenshot or film a clip on its controller, but this deficiency has finally been addressed in 2020. The D-pad has also received a noteworthy makeover. Taking a cue from its Elite controller, Microsoft has replaced the semi-squishy plus sign of the Xbox One’s standard controller with a really satisfyingly clicky “dish” that looks and feels great.

Reviewing a console at launch is always something of an incomplete exercise, considering that it could be well over a year before we get our hands on games that truly push the hardware to its limits. The Xbox Series X|S complicates matters even further by building upon the Xbox One experience rather than starting from scratch. Nevertheless, the Xbox Series X is much than just an Xbox One X 2.0, especially when it comes to the raw power of the machine. Microsoft might be more concerned with Game Pass subscriptions than with Series X and Series S sales, but the company also knows that the best place to play its games will be on the Xbox Series X and Xbox Series S.

Microsoft provided BGR with a retail Xbox Series X unit for the purposes of this review.

Tweet
Xiaomi is working on smartphones that recharge insanely fast