Even though we’re now at the halfway point of the year — which seems a little hard to believe, doesn’t it? — Apple watchers still don’t have any sign of an exact iPhone 12 release date yet.

It’s safe to assume that Apple will unveil the iPhone 12 lineup at a special media event in September, though we’ve also seen reports indicating that the devices may not arrive until October. And even in a scenario where some iPhone 12 models go on sale by early October, there are rumblings that some iPhone 12 Pro models could be delayed until November or even December. The usual iPhone rumor mill has already been working overtime, nevertheless, with one recent report, for example, claiming that iPhone 12 production is set to begin in July (that comes from Digitimes, via SeekingAlpha).

In terms of what we do know at this point, we’re expecting 5G support to be included in these new phones, while Apple’s top of the line iPhone 12 Pro models will reportedly include a LiDAR sensor, improved optical zoom, as well as other camera enhancements. Multiple leaks have also suggested the iPhone 12 will boast more rectangular edges, with a design language that harkens back to the iPhone 4, released almost a decade ago.

Some new iPhone 12 renders have emerged, meanwhile, which offer some intriguing speculation about the design Apple might choose to go with here. Courtesy of SvetApple (per 9to5Mac), these images imagine the new iPhones with such design changes as a smaller notch on the front, as well as the possibility of a navy blue color option. That’s something that has really only been the subject of one rumor at this point, so while there aren’t more signs pointing to this as a possibility it still certainly looks an attractive option if Apple does decide to go this route (at least based on these images). 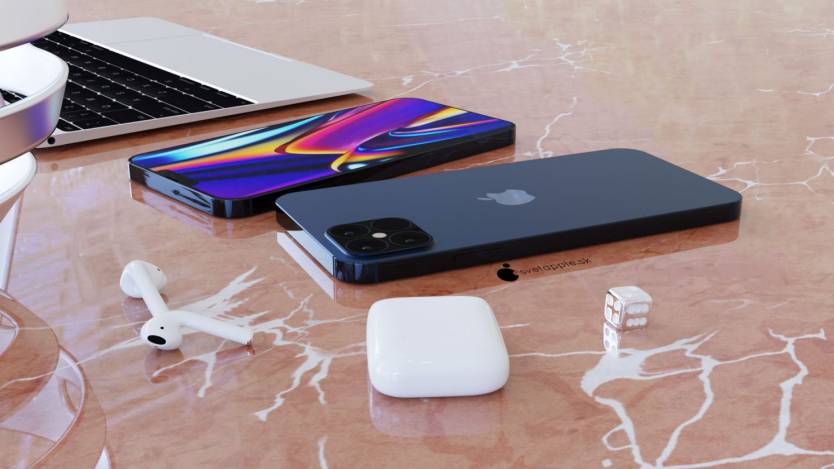 As we noted in a piece earlier today, it’s pretty certain at this point that there will be four new iPhone models (in addition to the iPhone SE that launched in April), and we expect all four models to have OLED displays and 5G support. Moreover, we believe that the iPhone 12 will start at $649. All in all, it will definitely be exciting to see what Apple has in store for iPhone fans on the design front once the iPhone 12 is finally revealed, whether or not it’s slightly delayed because of the coronavirus pandemic

Dueling T. rex and Triceratops are frozen in time, locked in battle