We told you just yesterday about some new HDTV designs Samsung will reportedly bring to CES 2020 in a matter of days, building off the lead Samsung has carved out for itself in terms of top-notch picture quality that few TV manufacturers have been able to match in recent years. And where Samsung’s experiments with 3D TV and curved OLED panels never really caught fire, the company is hoping to have better luck this year with the introduction of something pretty intriguing — a new ‘zero bezel’ TV, and this just might be our first look at it below.

Bezels have certainly gotten pretty thin already on current HDTV models, but the German website 4KFilme published what it says are leaked renders showing how Samsung is preparing to get rid of those thin bezels altogether.

The site notes that Samsung is teasing these new 8K TV models with the slogan “Experience the power of a future across all borders,” according to a translation of the site from German. 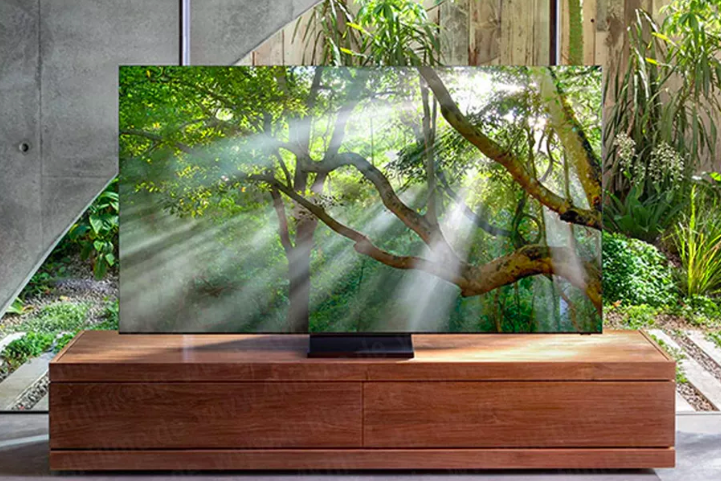 According to a report from SamMobile, which claims that this design will only be present on 65-inch-sized models and above, Samsung is able to achieve this by “welding the display panel and the TV’s body together” — a design achievement we’re excited to see in light of all the gimmicks that TV manufacturers have tried to get away with in recent years. Things like 3D TVs, as we noted above, and more.

While this won’t be the first time a company has marketed its TVs as bezel-free, those models in question still present a visible bezel, albeit a super-thin one. These new Samsung models, however — while we don’t know much else about them at this point, such as a release schedule or pricing scheme, we’re still looking forward to seeing what Samsung has been able to pull off here and how truly immersive the picture on these displays looks during their introduction at CES. Which kicks off, by the way, this coming Tuesday, and the annual tech conference in Las Vegas will run through Friday, January 10.