2020 is shaping up to be an incredibly busy year for both Samsung and Apple, the two most notable smartphone manufacturers on the planet. With respect to Apple, the company is expected to launch five new iPhone models next year. Samsung, meanwhile, will not only be launching its line of Galaxy S11 models, but will also introduce the Galaxy Note 10 Lite and the S10 Lite, cheaper variants of the Galaxy Note 10 and the Galaxy S10. Though both devices were originally slated to launch this year, rumor has it that the launch window has now been pushed back to early 2020.

The original Note 10 Lite renders can be seen below: 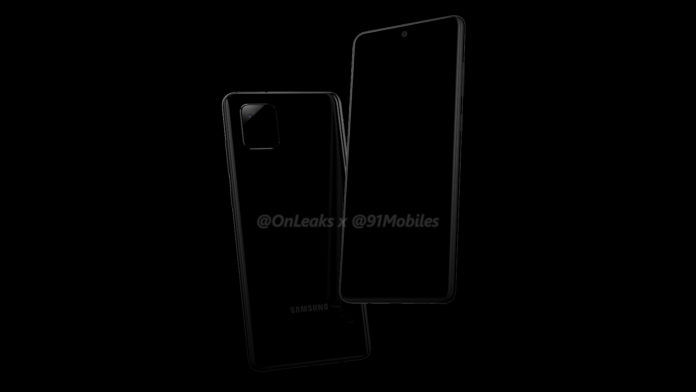 A more colorful Note 10 Lite render which shows off the front of the device can be seen below. Note that the design is very close to the regular-sized model, though the bezels on the more affordable version are seemingly smaller:

Meanwhile, a render of the upcoming Galaxy S10 Lite can be seen below:

Specs-wise, rumor has it that the Galaxy S10 Lite will run Android 10, boast 8GB of RAM, and will have a Snapdragon 855 under the hood. As for the camera, the device is expected to have three cameras on the rear and a 32-megapixel shooter on the front. Notably, the S10 Lite will pack a little bit more punch than the Note 10 Lite, with the latter expected to ship with 6GB of RAM and an Exynos 9810 chipset.