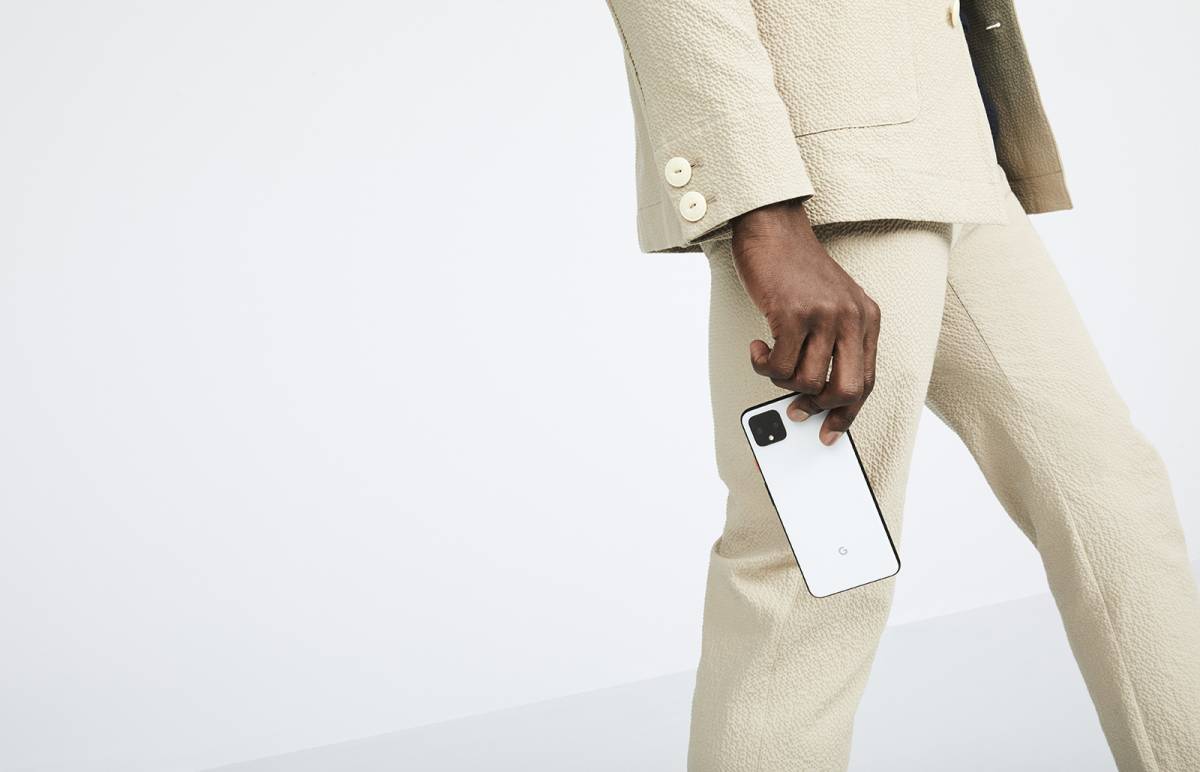 Well, we can’t say there were very many surprises in store during today’s big Made by Google ’19 event, but it sure was action-packed. Google’s second-largest event of the year is now behind us and there were plenty of big announcements made by company executives on stage in New York City on Tuesday. There’s really no question whatsoever that the Pixel 4 and Pixel 4 XL were the stars of the show, and there’s also no question that they’re the best smartphones Google has ever made by a wide margin. Sure they have big bezels that look like they’re straight out of 2015, but if you can get past the somewhat dated design you’ll find two terrific smartphones with great specs, phenomenal cameras, and perhaps most importantly, immediate access to future Android updates as soon as they’re released.

Of course, the new Pixel 4 and Pixel 4 XL are just the tip of the iceberg. Google made plenty of big announcements pertaining to new hardware products as well as nifty new software features, and we’ve rounded up all the most important news right here in this post.

Google started off its big event on Tuesday by announcing that its new Stadia video game streaming service will be available beginning November 19th. The Pixel 4 and Pixel 4 XL will obviously be among the first phones that support Stadia, but the whole point of the service is to make it available anywhere and everywhere. With that in mind, we’ll be on the lookout for more compatibility announcements.

If you thought Apple’s AirPods design looked awkward, maybe you’ll be a fan of the new Pixel Buds. 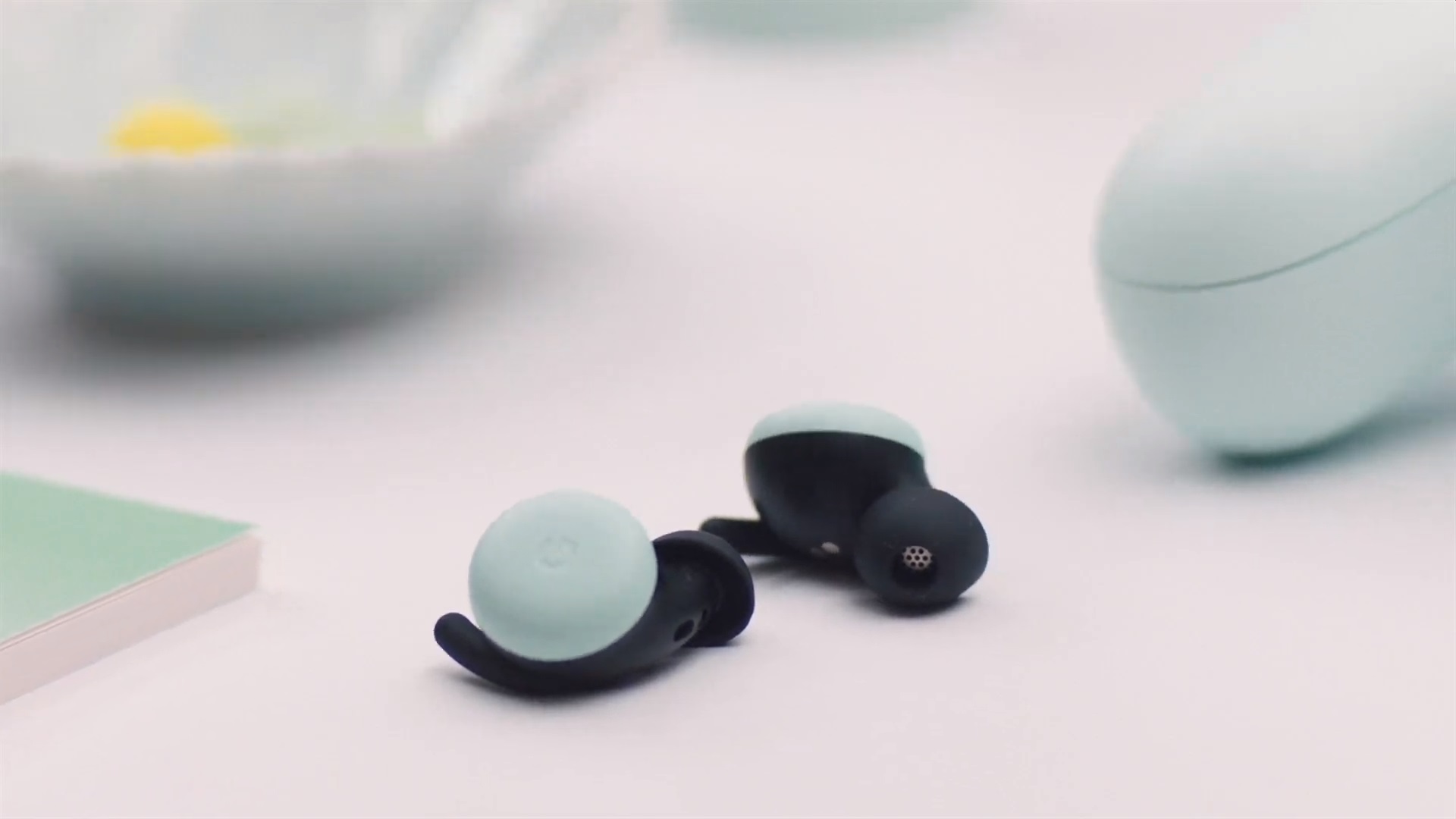 Google’s new Pixel Buds are true wireless earbuds that look like little dots sticking out of your ears. They offer 5 hours of battery life per charge, and they also come with a wireless charging case that adds another 24 hours of charge. Google says they deliver excellent sound quality, and they also have a hybrid design with a spatial vent that lets in some environmental sound. Needless to say, they also serve as a delivery mechanism for Google Assistant.

Pixel Buds will be released next spring ad pricing hasn’t yet been announced.

Google announced updates to its centralized security and privacy hub called Titan that will offer even more privacy controls for a wide range of products, such as Nest smart home devices. You’ll also be able to delete Google Assistant recordings over different periods of time using Titan, and more. 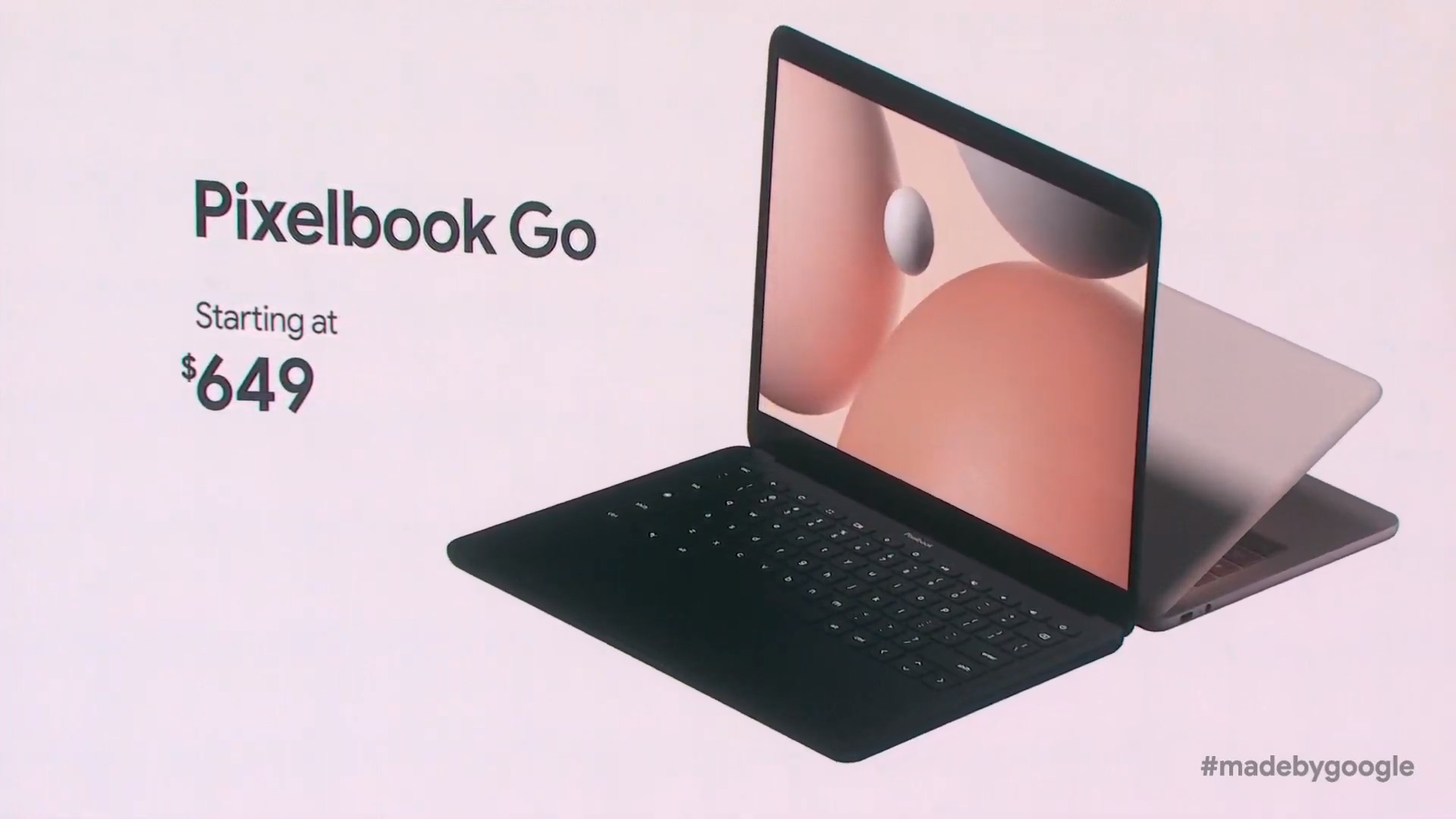 The new Pixelbook Go is a more compact, lighter-weight version of the original Pixelbook. It still manages to feature 15% better battery life, and a new keyboard that’s even quieter than the one on the original model. It also has a new textured bottom that’s more comfortable and more resistant to slipping around on a surface.

Google’s new Pixelbook Go will be available for preorder shortly in black, and pricing starts at $649. A pink color option will be released in the coming months. 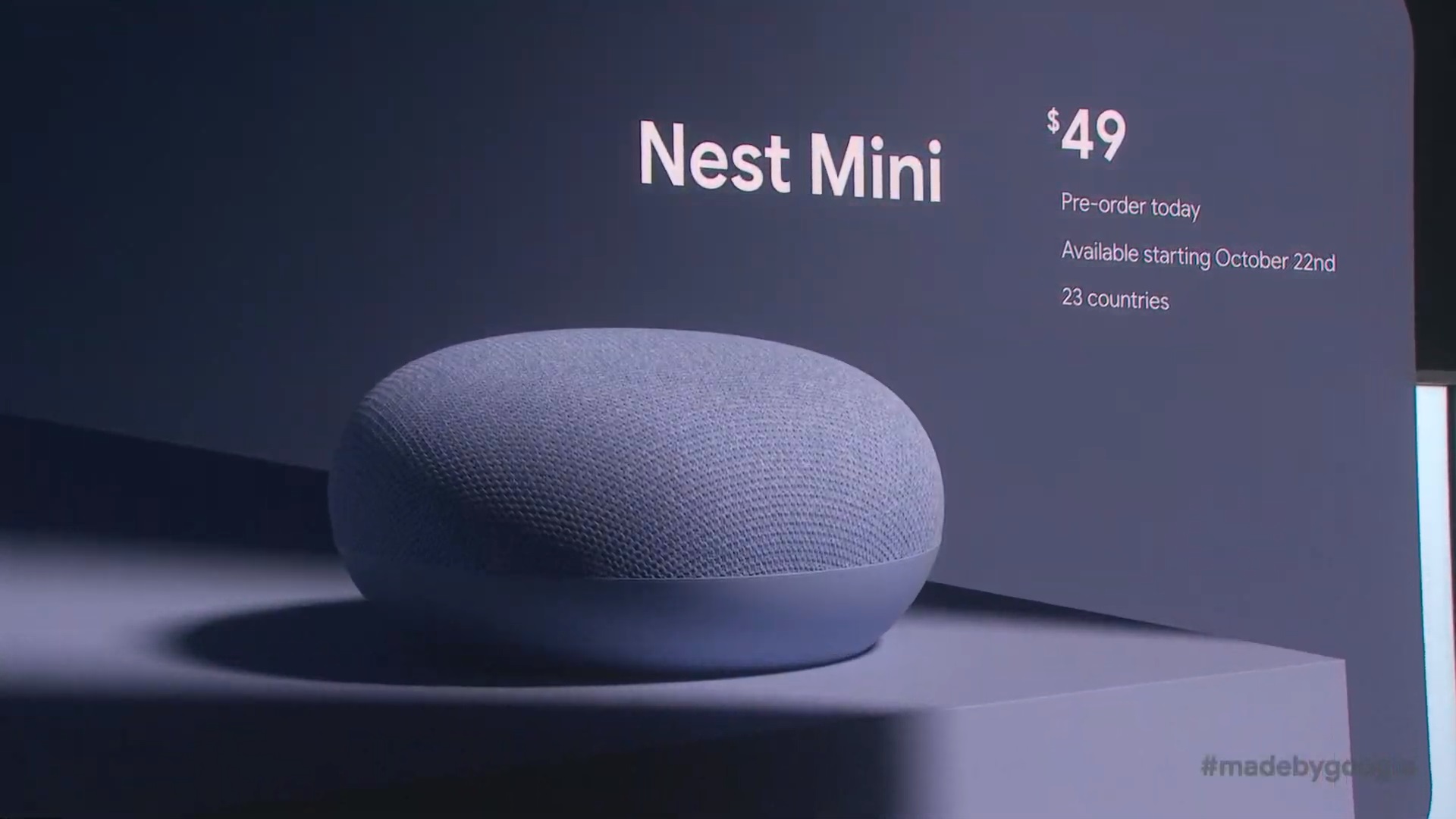 Google is updating its Nest Mini with a new color option called Sky, and it also has an integrated wall mount on the bottom. Google also says it has twice the bass as the original Nest Mini, it’s louder and more clear overall, and it has a third microphone. Additionally, the new Google Mini has a built-in processor for faster response times.

The new Nest Mini will be released on October 22nd for $49.

Google is simplifying its Nest Aware pricing into two plans, both with unlimited devices. $6 per month will include 30 days of cloud storage for video clips, while a $12 plan will include twice as much storage and more. The new plans will be rolled out early next year. 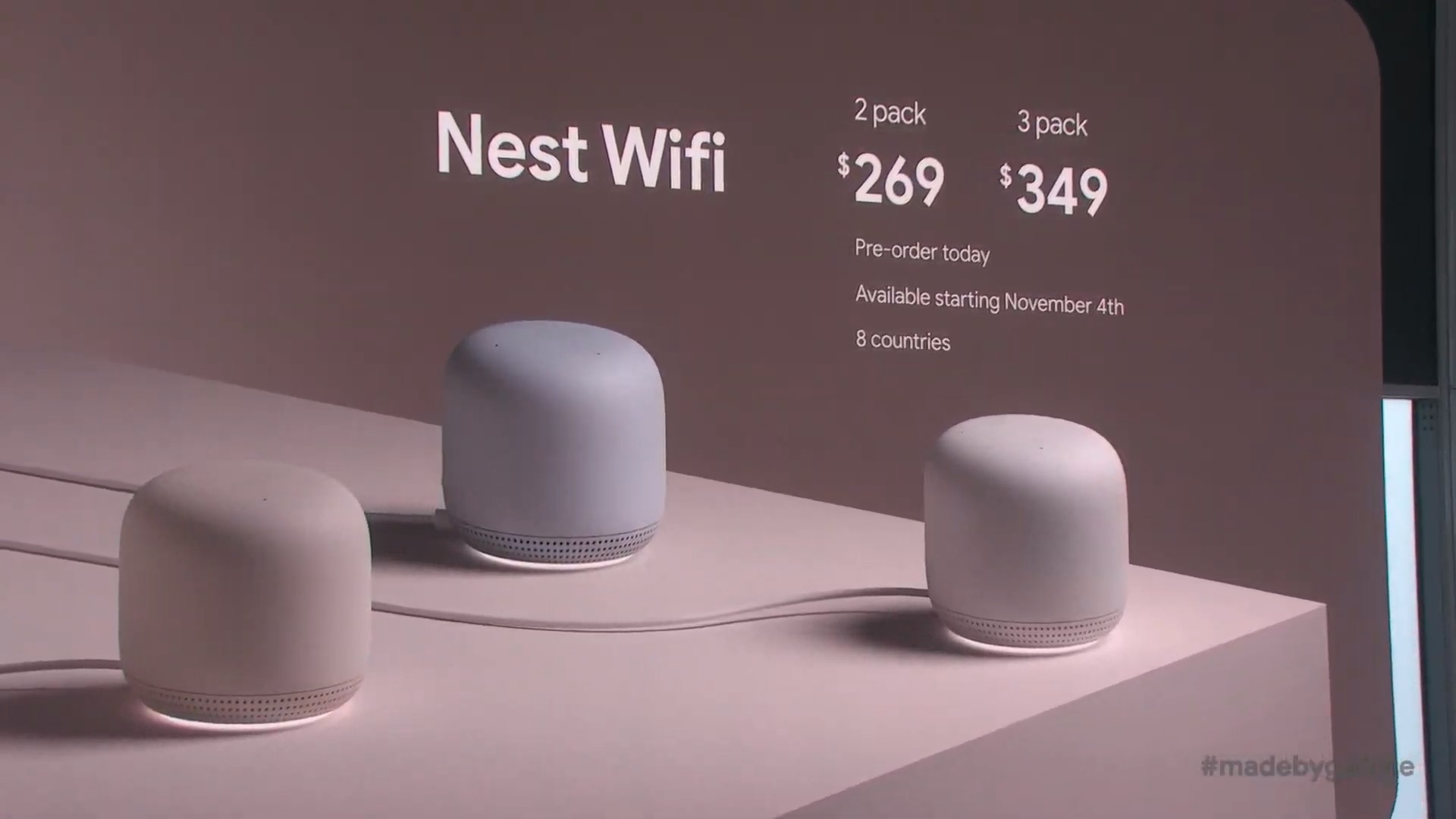 Google Wifi is the best-selling mesh Wi-Fi system on the market, and now Google is updating it with Nest Wifi. The new router system is twice as fast as the previous generation, and it has much better coverage. Google says 85% of homes in the US can be covered by just one Nest Wifi module, though 3-packs will still be available. Lastly, each Nest Wifi also doubles as a Nest Mini thanks to built-in mics and speakers.

Nest Wifi will be available beginning November 4th and will cost $269 for a single router and $349 for a 3-pack. 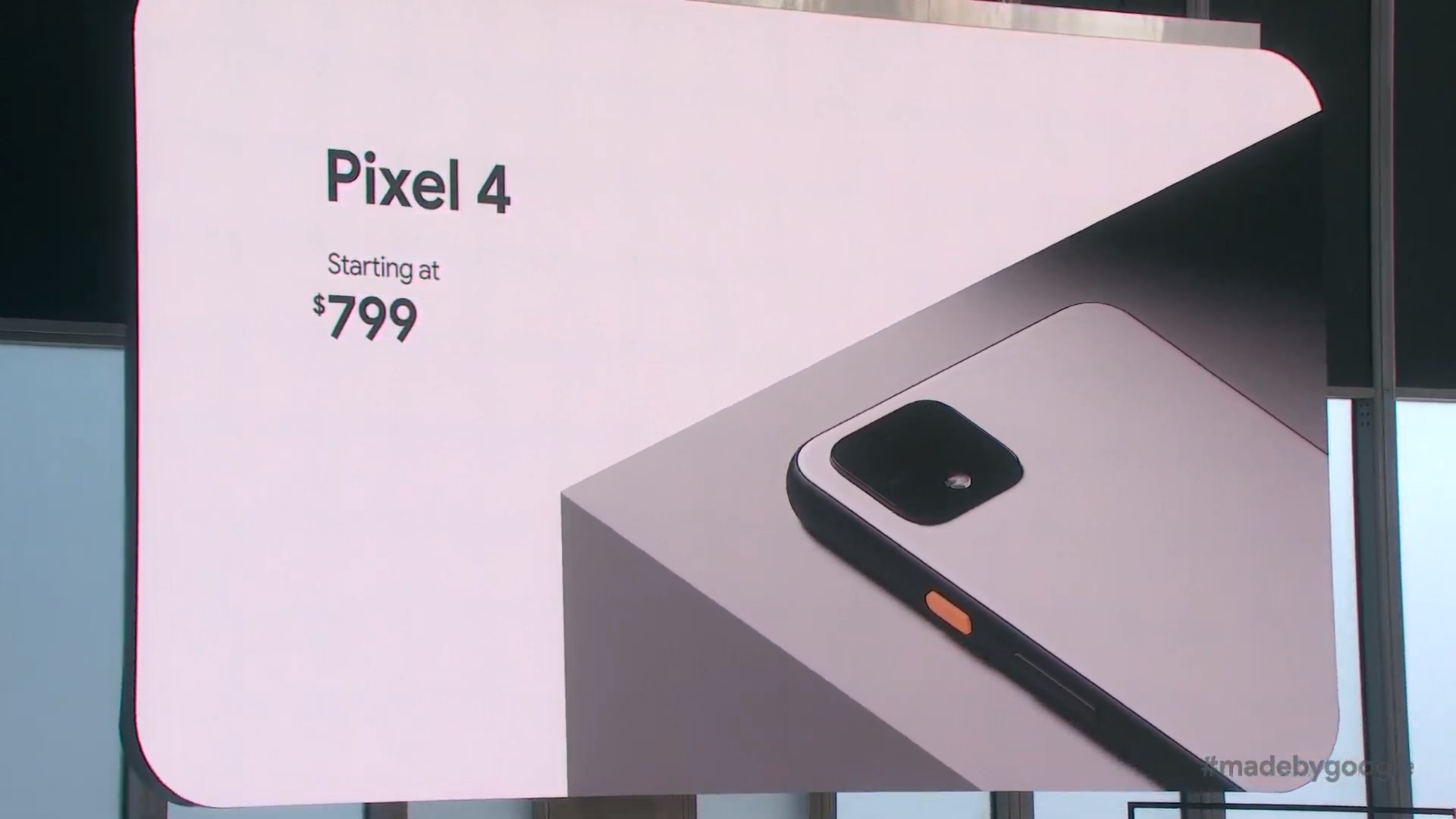 They’re finally here! Everything you need to know about the Pixel 4 and Pixel 4 XL can be found in our earlier coverage.