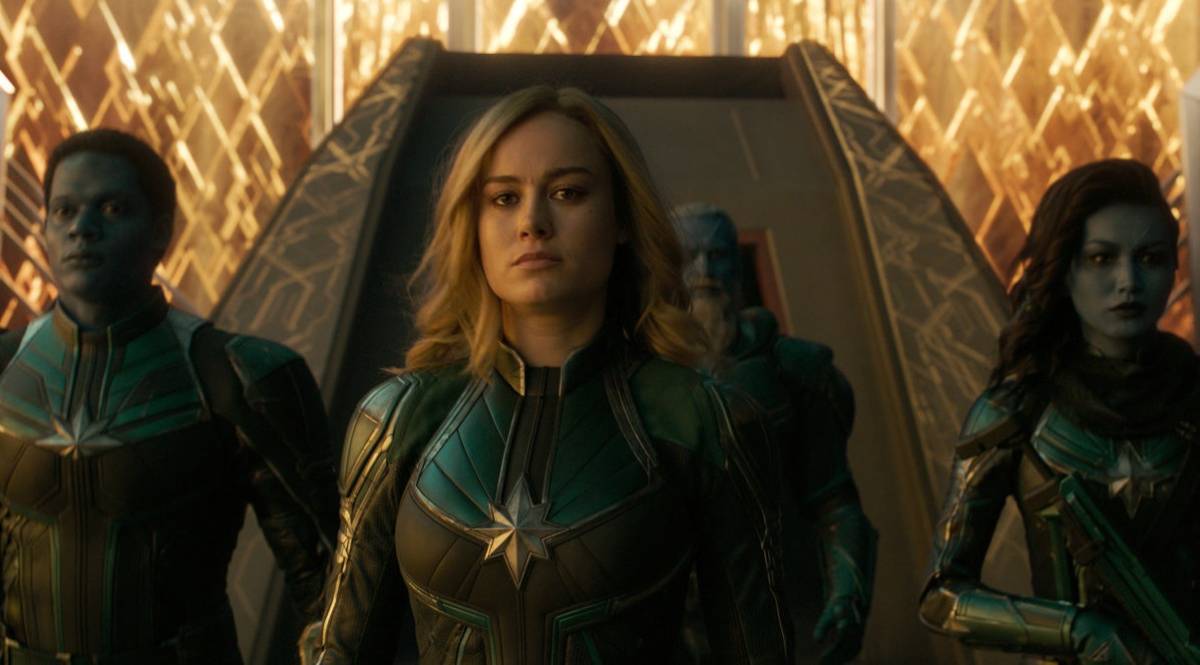 Captain Marvel is the first MCU film with a female lead — the Wasp had to share the title of Ant-Man and the Wasp, so it doesn’t qualify. It’s also the first MCU film that Stan Lee did not get to see. Marvel switched things up for Captain Marvel, changing the usual intro that features scenes from previous superhero films with Stan Lee cameo scenes, which is a great tribute to the man who’s responsible for the stories we get to see in the MCU. Marvel also gave Lee a great cameo for the film, but one that creates a big paradox for the entire Marvel universe. Minor Captain Marvel spoilers follow below, so you might want to bookmark this post and read it later if you haven’t yet seen the movie.

This isn’t the first time Marvel created a paradox in its MCU films. The first Spider-Man establishes the fact that Peter Parker and his best friend Ned are huge Star Wars fans, which means they’re super familiar with the entire universe, even the second trilogy. Peter will get to meet Nick Fury for the first time in Spider-Man: Far From Home, which premieres later this year. And you know who Fury looks like? That’s right, Fury is a Mace Windu look-alike since they’re both played by Samuel L. Jackson. The simplest way to address this in the MCU is to pretend the second trilogy never existed. Many people already do that in the real world, so it shouldn’t be much of a stretch.

We’ve already talked about all the answers Captain Marvel provides ahead of Endgame, as well as the new questions it raises, addressing Lee’s cameo in the process. But Lee’s appearance produces a massive paradox that’s more significant for the MCU because it ties directly into what happens on this particular version of planet Earth.

During the metro train fight between Captain Marvel and the Skrulls, we see Lee as a passenger on a bus rehearsing his line “Trust me, True Believer“ just as Carol walks past him and smiles. So Lee is practicing a line he’ll use in a movie, where he’s going to play — wait for it — himself. Here’s the relevant scene from Kevin Smith’s Mallrats comedy that premiered in October 1995, at some point after the events in Captain Marvel:

To recap, in the MCU’s 1995, Stan Lee is a comics creator that fans would immediately recognize on the street. In the scene above, Brodie and Lee talk about a bunch of superheroes, including Spider-Man and Hulk, although Lee keeps coming back to romance and love.

So the question is, how can Lee be famous in the MCU universe for creating iconic comics that people love? The world didn’t have a Spider-Man or Hulk back then, but when these superheroes appear a few years later, the same fans will make the connections to Lee’s comics. Is it possible that in the MCU, Lee is more than meets the eye? Has he been involved in all these stories as an observer, meant to prepare Earth for the dawn of the Avengers and all the troubles that are about to unfold?

The other explanation is that Mallrats is different in the MCU than in our version. Lee may be equally famous, earning him a cameo in the film, but perhaps for creating different comics. So instead of Spider-Man, Hulk, Fantastic Four, X-Men, and others, he made other comics that are popular with fans like Brodie. Or he may be a different kind of artist, still relevant to the world of comics. Or Lee may have nothing to do with comics at all, and MCU’s Mallrats has a very different plot.

Also, why does Carol nod to him as if she already knows the guy?

Just saw @captainmarvel. I am a blubbering mess. After a lifetime spent referencing the movies, the movies just referenced me! Many thanks to @MarvelStudios and to my friend @TheRealStanLee for the shout-out! But if I’m now part of the @Marvel Universe… Did I survive The Snap? pic.twitter.com/S560n3mQFl

Kevin Smith was shell-shocked to see a reference to his movie included in the MCU canon, although he had a different first reaction to everything — he wants to know if he survived the snap in Infinity War.

Tweet
If you’re a pop culture junkie, you should be using Amazon’s X-Ray feature