News that Apple would host a March event to discuss its latest services broke last month via a BuzzFeed report, but on Monday, Apple confirmed the date and location of the event by sending out invites to the press. As expected, the event will take place on March 25th at 10 a.m. from the Steve Jobs Theater in Cupertino. Apple, unsurprisingly, only hinted at the contents of the event with the following phrase: “It’s show time.”

The initial report claimed that Apple’s paid news subscription service would take center stage, but the invites the press received on Monday, in addition to featuring the words “show time,” also includes a short animation that mirrors an old film reel countdown, suggesting that the video service will be highlighted.

With Disney expected to launch its own subscription service by year’s end, Netflix continuing to take over the world, and all the networks considering taking back their content to launch services of their own, the window of opportunity to capture a significant audience seems to be closing at a rapid rate. If Apple is going to make a big move and try to carve out its own share of the market, it needs to do so before the market is completely splintered.

Therefore, it’s no surprise that the March event is looking increasingly likely to be a launch party for Apple’s streaming service. Here’s what the invite for the event looks like, courtesy of TechCrunch’s Matthew Panzarino: 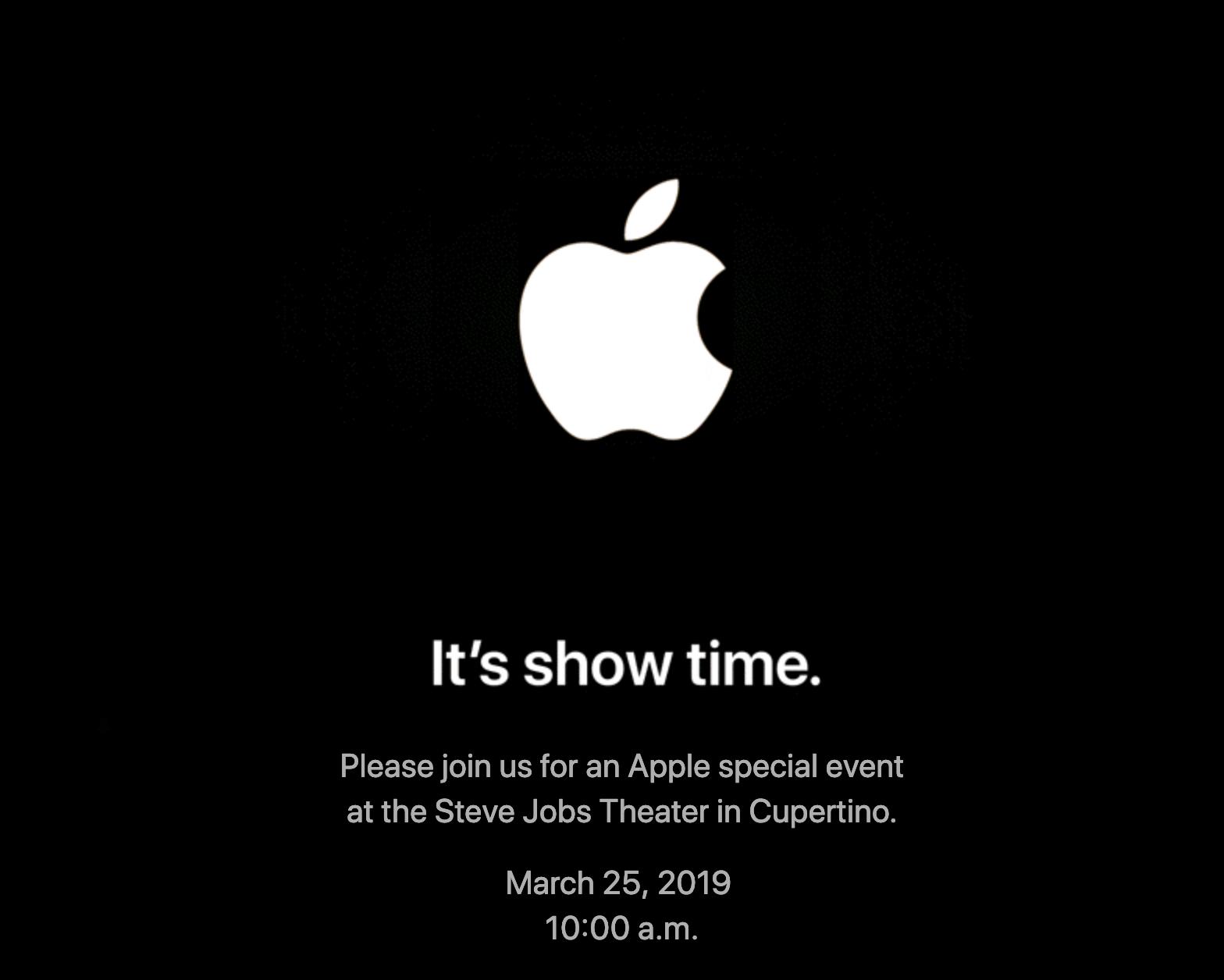 In addition to the video streaming service, the news subscription service will probably be along for the ride as well. We still don’t know much about what it will look like, but as Apple’s services division continues to grow so much year after year, bringing in more subscribers, in whatever form possible, has become a priority.