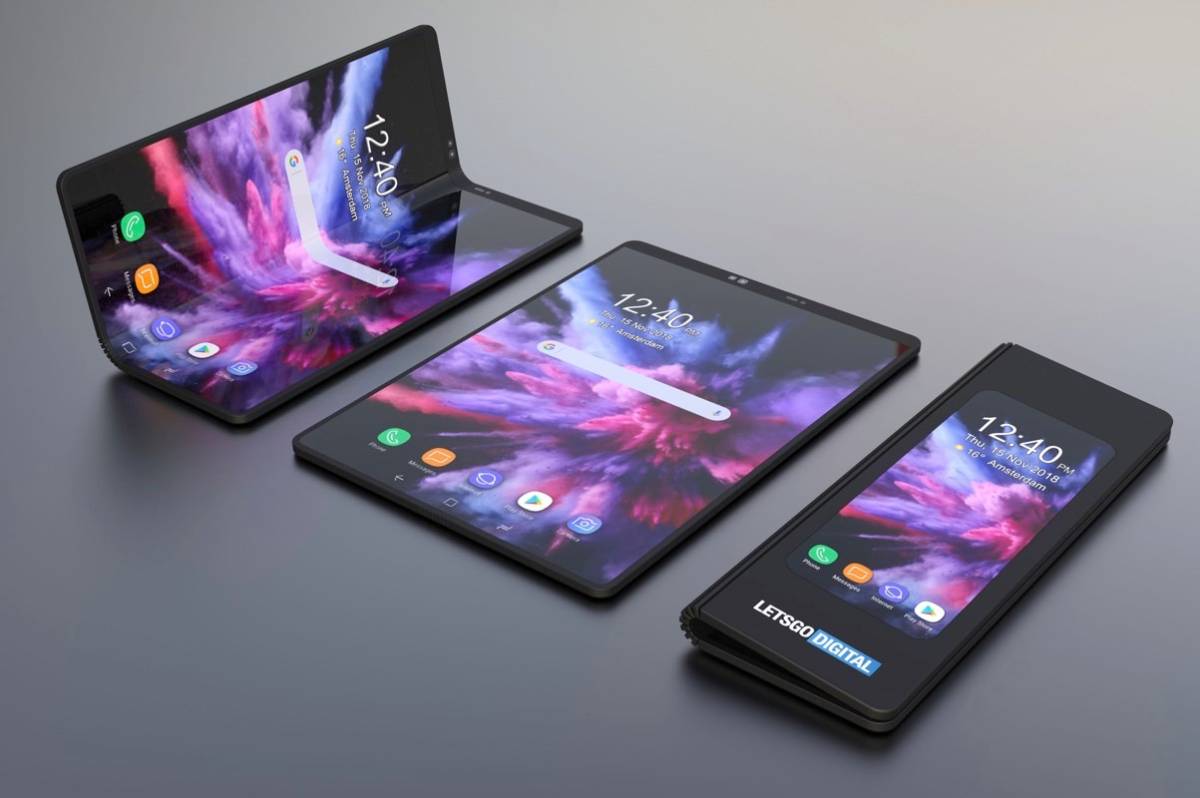 It’s a bit peculiar how easy it is for industry watchers to accept Apple and Samsung’s explanations for why smartphone sales slowed down so much last year. Sure, issues with China might have played a role. But it’s a pretty big coincidence that both companies saw big slowdowns in the same year that they also released their most boring flagship phone upgrades ever. In Apple’s case, the iPhone XS series marks the first time Apple has ever released an “S” upgrade without adding a single new marquee feature. Every other “S” phone since the iPhone 3GS has been used to introduce exciting new tech like Touch ID, Siri, and 3D Touch. The iPhone XS, meanwhile, got a minor specs bump and a larger phablet version that tops out at around $1,500.

In Samsung’s case, the issue might have been even worse. Apple at least introduced the iPhone XR with a new design and cheaper pricing to help prop up its boring flagship phones. Samsung’s Galaxy S9, Galaxy S9+, and Galaxy Note 9 all used the same designs as their predecessors and, like the iPhone XS, brought no new marquee features to the table… only minor specs updates and higher price tags. Both of these smartphone behemoths will look to get their smartphone businesses back on track this year, and so far it looks like Samsung will do the better job of it. The company is planning two completely redesigned flagship series in 2019, as well as a third brand new series with an exciting foldable design. Unfortunately, it looks like we might have to wait a bit longer than expected to see that design in action.

Next week on February 20th, Samsung will host its first big “Unpacked” press conference of 2019. When it comes to the stars of the show, there’s no doubt whatsoever that we all know what to expect. The company plans to unveil at least three new Galaxy S10 smartphone models in San Francisco next Wednesday, including the Galaxy S10e, Galaxy S10, and Galaxy S10+. A fourth model with an even larger display and 5G connectivity might also be shown off at the event, but it’s not expected to be released until sometime later.

Samsung’s new Galaxy S10 lineup will feature sleek new all-screen designs with hole-punch cameras, in-display fingerprint sensors, and plenty of other exciting tech. But rumors have been swirling that Samsung also plans to launch another new smartphone with an even more innovative design than anything we’ll see from the Galaxy S series this year. It has been referred to as the “Galaxy F” and as the “Galaxy Fold,” and it’ll be Samsung’s first ever smartphone with a foldable OLED screen.

The world got its first taste of the Galaxy F late last year when Samsung previewed a prototype of the phone during its annual developer conference. The move was a necessity, since Samsung needs to get developers on board in order to ensure that there are plenty of apps that support the new foldable form factor when the Galaxy F finally launches. Multiple reports suggested that launch would take place next week alongside the debut of Samsung’s new Galaxy S10 line, but now a quick note from an industry insider suggests that might not happen.

I guess we won't see Samsung launching their foldable device on the 20th of February at Unpacked 2019. I think we're just going to see another teaser. What do you think? pic.twitter.com/1HSc2rmFhR

The Twitter user, who goes by “Max J.,” is known for having inside information and for leaking images of unreleased Samsung devices. In his tweet, he suggests that Samsung does not have plans to launch the new Galaxy F at next week’s event. Instead, we’ll likely just get a quick preview of the phone like we did in November.

Reports that the Galaxy F would launch alongside Samsung’s new Galaxy S10 phones were curious, at best. Even though the Galaxy F will be an ultra high-end phone with a limited release, why detract from the new Galaxy S10 lineup with an innovative phone that introduces an entirely new form factor? It makes far more sense for Samsung to give the world another tiny teaser, if anything. Perhaps we’ll get our first look at the Galaxy F’s design without a bulky case intended to obscure the phone, as was the case last year at SDC 2018. This way Samsung can reinvigorate the buzz without taking too much away from the stars of the show, the Galaxy S10 series.

Samsung’s big Unpacked press conference is scheduled to take place on Wednesday, February 20th in San Francisco, so we only have about one week left before the cat is finally out of the bag.

UPDATE: Samsung just posted a quick teaser video that essentially confirms we’ll see some details about the new Galaxy F during next week’s event. Samsung probably isn’t silly enough to overshadow the S10 with a full launch though, so we’re guessing the company will just offer a quick peek at the Galaxy F’s final design and perhaps give us a rough idea of when the phone will be released later this year.