5 breakthrough innovations we need for portless smartphones to become mainstream 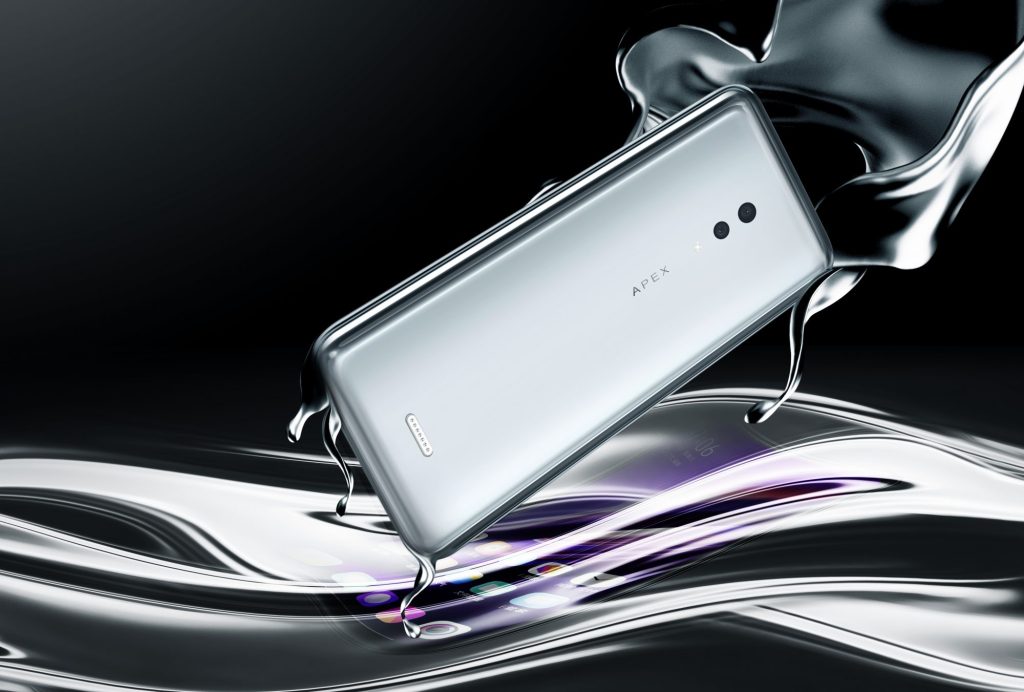 A couple of Chinese smartphone makers shocked the mobile world this week by releasing two concept phones that are proof the smartphones of our dreams are almost here.

Ever since the iPhone rocked the industry more than ten years ago, we’ve witnessed smartphone innovations each year that culminated in designs like the iPhone X or the upcoming Galaxy S10. But we’ve now reached a temporary design peak, because specific technologies still need to be ironed out before true hole-less, button-less smartphones can become mainstream. And the Meizu Zero and Vivo Apex 2019 tell us precisely what those innovation bottlenecks are, and why big companies like Apple and Samsung have yet to come out with such daring devices.

Let’s define the smartphone of our dreams before we go any further.

It’s a device made of glass or other materials that would support wireless charging as well as fast data transfers over cellular and Wi-Fi connection. It’s a device that has no ports and no buttons. It’s a device that makes absolutely no compromises when it comes to features we expect from high-end smartphones. It’s a device with a display that occupies the entire real estate available on the front side, without notches, hole-punch cameras or bezels.

Neither the Zero (above) nor the Apex (top image) qualify. The Zero has noticeable bezels on the front and features last year’s technology. The Apex, meanwhile, has no wireless charging (it’s called magnetic charging and comes with a nasty port), and it doesn’t feature a selfie camera. With that in mind, here are five breakthrough innovations that we need before the device of our dreams — the one described above — could actually exist.

The only reason why we have a notch on the iPhone X is because Apple can’t put the TrueDepth camera and sensors under the screen right now. That’s also why hole-punch designs like the Galaxy S10 are the next big thing for Android devices this year. Nobody is ready to ditch the selfie camera. And the smartphone of our dreams can’t feature a slide-out selfie cam. The Apex doesn’t have a front camera, as Vivo chose to come out with a phone that’s all-screen. The Zero has a tiny bezel at the top to house the selfie camera, but that design detail ruins the phone.

The technology that would let cameras work from under the screen, both for pictures and facial recognition, is far from ready, with a Samsung insider having claimed that we might have to wait at least a year to get it. And yes, Face ID — or whatever you want to call 3D face scanning recognition — is a must on this smartphone of our dreams. After having used Face ID for more than a year now, I don’t want to go back to Touch ID-only authentication — even if works anywhere on the screen, as the Apex proposes. Facial recognition is the future.

Wireless charging is a great feature to have in phones, but it isn’t as compulsory as some other features. That’s because it’s not fast enough in most cases, and because wireless charging requires charging mats. Meizu says it’s able to deliver impressive 18W wireless charging for the Zero, but the device needs a special charging pad that ships with the phone. The Apex, meanwhile, has a MagPort port for magnetic charging. Several companies are developing long-distance wireless charging technologies that would let you charge a phone from anywhere in the room.

The worst thing that can happen to the smartphone of our dreams is not being able to charge it because we don’t have the right accessories with us. Across-the-room wireless charging tech needs to become ubiquitous so that phones, and other electronics, can ditch wired charging ports for good. Imagine forgetting or damaging the Zero’s charging pad, or forgetting the Apex’s MagPort charger? In the first case, you’d be able to use third-party wireless chargers at lower speeds. In the second case, you’d be left with a brick once the battery runs out.

Of course, it all comes back to the battery. The battery tech that we’re still using today is a huge impediment for smartphone makers. We need smaller batteries that can hold a much bigger charge than what’s possible now, and recharge at faster speeds. In an ideal scenario, we’d have batteries that last for days, as well as long-distance wireless charging. But, realistically, we need at least one of these technologies to work for our dream phone.

A phone that has no ports whatsoever like the Zero and the Apex must be a genuine nightmare for some Android users. Not only does it make headphones with 3.5mm jacks obsolete, but you don’t have a USB-C port that supports fast data speeds and fast charging either. On top of that, there’s no microSD card, which means you can’t increase local storage. And because there’s no SIM card slot — remember, these phones have no holes — it means you’re at the mercy of carriers when it comes to changing service.

So the smartphone of our dreams needs better wireless service. This includes not only 5G, Wi-Fi, and Bluetooth chips that don’t require visible antennas on the outside and can deliver better speeds, but also stable software.

You’ll want to use the phone just as you do right now. Scenarios where you hook the handset to a computer for backups while listening to music via wireless headphones and downloading the next major Android or iOS update in the background will not go away, regardless of phone design.

Phones like the Zero and Apex should be able to connect to any external device we own, and it all needs to be done as fast and seamless as possible. And without any wires. We won’t tolerate dropped connections, reduced data speeds, or sub-par Bluetooth audio. Everything needs to “just work” so that you’ll never find yourself craving a USB-C port. As mobile hardware advances, we may soon replace computers with powerful smartphones that can be connected to displays and accessories without any wires. In other words, we’ll want support for 5G, Wi-Fi 6, Bluetooth 5, Wireless USB/AirDrop tech, as well as AirPods-or-better wireless headphones experiences.

Finally, all carriers around the world will have to support virtual SIMs. That’s the other crucial thing that will have to “just work.” Without proper eSIM tech, these devices become sophisticated iPod touch alternatives.

Pick any phone right now, and chances are it supports one of the various digital assistants out there. Whether it’s Siri, Google Assistant, Alexa, Bixby, or Cortana, these virtual assistants are ready to, well, assist, with everyday tasks. However, none of them offer true, total control of your phone with your voice.

Since we’ve already established that this device is supposed to be incredibly sophisticated and powerful, there’s no reason why you shouldn’t be able to control advanced phone features with your voice while you’re busy doing something else. You should be able to tell the phone to transfer files to a nearby computer, perform backups, connect to an external display and keyboard combo, or make ready the files and apps you need.

You should be able to customize any setting via voice, especially because this device has no buttons. You should be able to tell it to connect to a wireless provider of your choice, turn on mobile hotspot functionality, download apps and content while you’re out and about, project content from whatever streaming app to any nearby screen… the list goes on. Voice commands need to improve drastically.

One added benefit of interacting with your handset via voice is that you’d stare at the screen less. Moreover, by not taking the phone out of your pocket so often, the risk of accidental drops would be significantly decreased.

This brings me to the last kind of technology we want to see on phones: unbreakable glass that won’t crack when dropped. Phones like the Zero and the Apex have no buttons on the sides, as the glass incorporates sensors that behave like buttons, complete with haptic feedback. That means any cases made for these devices would have to take this feature into account. Then again, these devices are supposed to be beautifully crafted, so the last thing I’d want on them would be a protective case that would totally ruin the design.