Ah, the holiday season is upon us! It’s that time of year where some families will be eating elaborate meals together alongside a crackling fireplace while others will be avoiding one another entirely. All the while, presents will be exchanged, festive drinks will be imbibed, and Home Alone will inevitably be playing on repeat.

The holiday season, though, isn’t only for individuals to enjoy. It’s also a time of great excitement for friendly corporations who can’t help but convince you — yes you, the reader — that your life would be so much better if you purchased something you didn’t even know you needed just a few weeks ago. Case in point: Anthropologie — a popular woman’s boutique — recently started selling a bundle of twigs — which it calls a decorative birch bundle — for upwards of $50. Sure, you’ve heard of twigs before. And sure, perhaps you’ve even stepped on one or two in the past. But have you ever had the capitalistic privilege of buying a bundle of twigs online?

The good news is that Anthropologie is making it all possible. The bad news is that it’s already sold out. Can’t say I’m surprised, though. Just look at these beauties:

why tf are @Anthropologie selling a bundle of sticks for FOURTY QUID?!?!????? pic.twitter.com/PsVdREXGS0 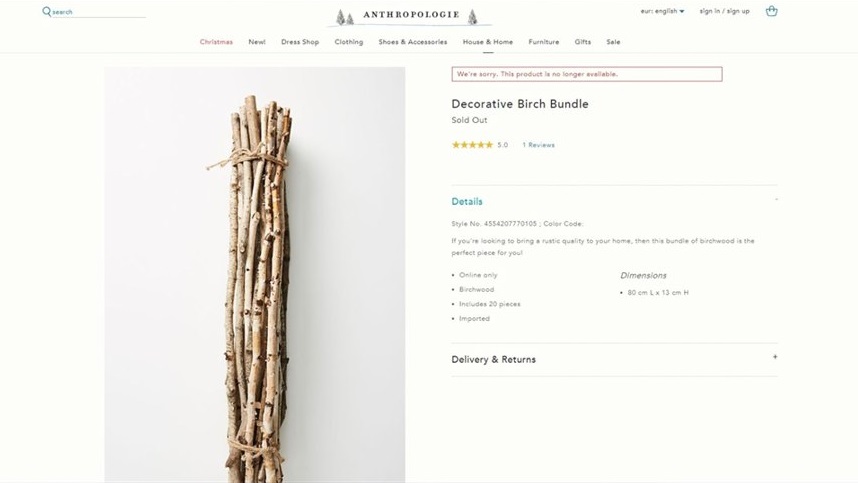 From what we can gather, Anthropologie isn’t planning to sell its bundle of twigs anymore, but the roasting online hasn’t slowed down one bit:

The silver lining is that Anthropologie is still selling a lone decorative birch branch for $24. I definitely know a steal when I see one: 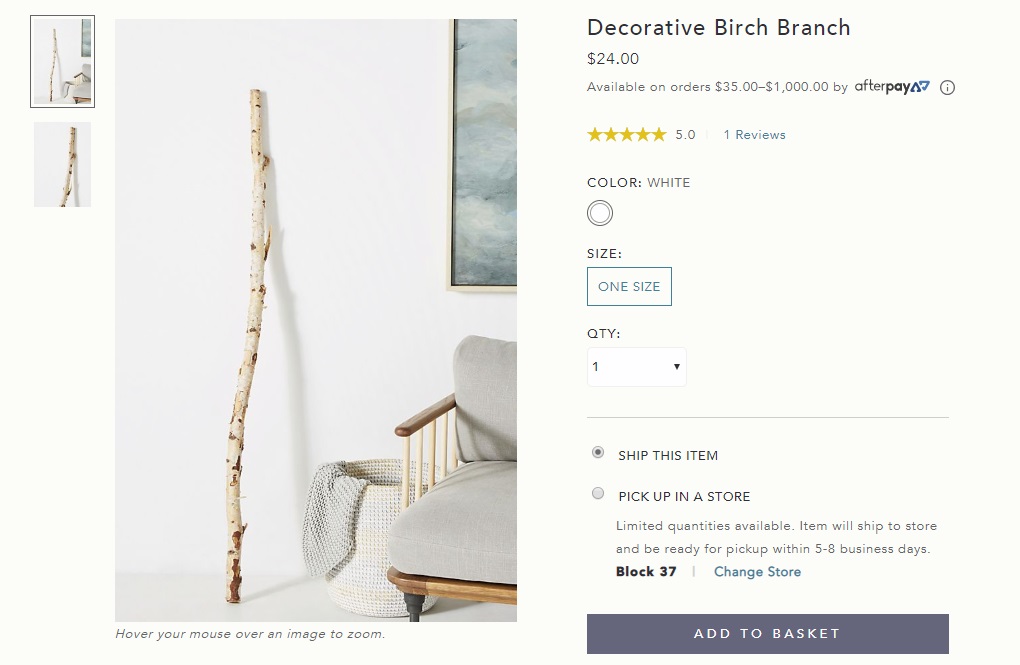 Tweet
Survey: More people than ever are able to go a whole week without spending physical cash