We still have no idea what the Galaxy S10 looks like, says world’s most accurate Samsung insider 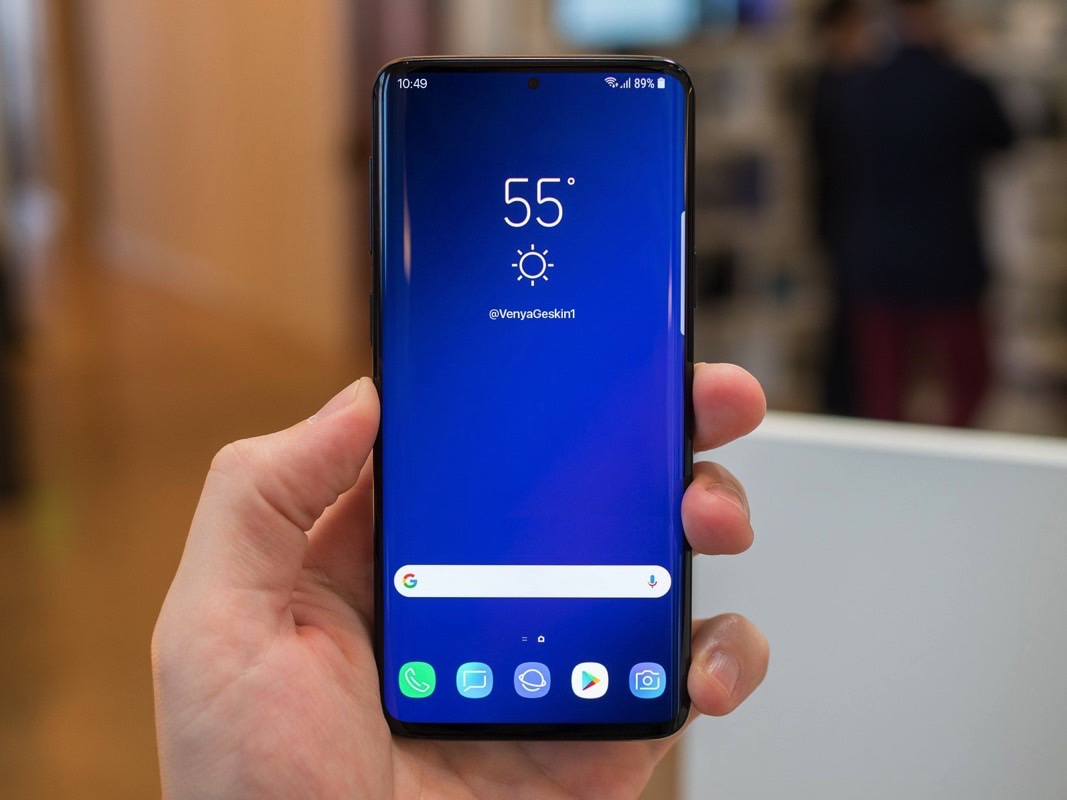 Do you see the sleek Galaxy S10 render at the top of this page? How fantastic would it be if the real thing ended up looking just like that? This gorgeous Galaxy S10 concept shows a phone that maintains the overall Infinity Display design that Samsung has become known for, but pulls it into the future with a few key changes. First, the big bezels above and below the screen have been shrunken down to give the phone a much more modern design. This year’s Galaxy S9 and Galaxy Note 9 are beautiful phones, but those big bezels have no place on a flagship handset in 2018, let alone next year in 2019. Then, to make room for the selfie camera that no longer fits in the bezel above Samsung’s curved Super AMOLED screen, a small hole has been cut through the display near the top.

This concept render didn’t just come out of nowhere. We’ve seen a number of rumors and leaks that suggested this is an accurate representation of Samsung’s upcoming Galaxy S10 and Galaxy S10+ design. Unfortunately, it turns out that this gorgeous render doesn’t actually show us what Samsung’s next-generation Galaxy S10 will look like. In fact, it turns out that nothing we’ve seen so far has been accurate.

With Samsung’s Galaxy S10 release just a few months away at this point, it makes sense that the pace of leaks and rumors has picked up recently. In fact, a report out of South Korea from just this morning reiterated a February announcement at the annual Mobile World Congress trade show, which means a release would likely occur in mid-March. That lines up perfectly with what we’ve heard so far.

We also know plenty about the Galaxy S10’s specs. The phone is expected to feature a new Super AMOLED screen with an ultrasonic fingerprint sensor built right in. It’ll also have a triple-lens rear camera, and the Galaxy S10+ version will have a dual-lens selfie cam. New 7nm chipsets will power the S10 line, and next-gen RAM chips and flash memory modules will also help speed up performance. As to what we’ve heard so far about the overall look of the phone, however, it turns out we need to pump the brakes a bit.

At present, all renderings and videos do not accurately represent the design of the Galaxy S10, they are all wrong.

Ice Universe is the world’s most accurate source of leaks surrounding Samsung and its unreleased smartphones. He has shared accurate early info about every flagship Samsung phone that has launched in the past few years on either Twitter or Weibo, and we have no reason to believe his early Galaxy S10 intel is off track. As you can see in the tweet above, that means all the attempts we’ve seen so far to visualize the Galaxy S10’s new design have been inaccurate.

What will the Galaxy S10 look like when it launches early next year? Apparently, we still don’t know. Reports that it’ll feature a curved Infinity Display with smaller bezels are likely accurate. Also, Ice Universe himself said that the S10 is expected to feature Samsung’s new “Infinity O” screen, which does have a hole drilled through it for the camera. But we’ll just have to wait for new leaks because we know how it’ll all come together.