Amazon earlier this week announced its Prime Day 2018 sales event, its fourth annual Black Friday in July shopping festival. Amazon rivals, of course, will put up sales of their own, and we saw Dell’s sales event get official even before Amazon’s Prime Day announcement came around.

eBay on Tuesday also unveiled its response to Amazon, making it clear from the get-go that you don’t need any membership to take advantage of its July 17th summer sale.

eBay is going after Amazon, whose Prime Day sale is a clever way to get more people to sign up for its Prime subscription program:

Why spend money on monthly membership fees to get deals on the things you want? Beginning the week of July 16th, head to eBay for exclusive deals on whatever you’re into this summer – no membership required… ever.  Shop thousands of brand new, in-demand items across categories like electronics, home, fashion, and sporting goods at up to 80% off their regular retail price. And, with free shipping on eBay Deals items, you can get all the things that’ll fuel all your passions.

eBay did not disclose any of its deals, but did say that it’ll have exclusive deals and discounts on the biggest brands, including Apple, Samsung, Adidas, Dyson, KitchenAid, and hundreds more.

On top of free shipping, you also get a new Best Price Guarantee feature when you shop at eBay. The retailer says it’ll give you 110% of the price difference if you find an item for less on an eligible competitor’s website — here’s how that promo works.

The deals will be revealed the week of July 16th, but the announcement says you’ll find plenty of deals every day through that date over on its deals portal — check this link.

Tweet
This LED headlight conversion kit is blowing people’s minds, and it’s just $44 for any car 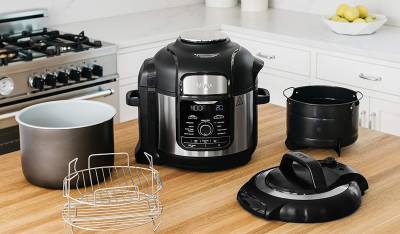 How to get the awesome MyQ smart garage door opener from Amazon for just $7.49