Like last year’s LG G6 flagship smartphone, the LG G7 ThinQ is shaping up to be one of the best smartphones of the year… that no one in the US cares about. It’s a fine smartphone, of course, but there’s just nothing special about it at all. It copies Apple’s iPhone X design just like dozens of other Android phones out there, and it sports the same basic specs and features as every Android flagship in 2018. There’s nothing particularly bad about the phone, but there’s also nothing particularly exciting about it. Considering the fact that LG spends pennies on marketing and advertising in the US compared to market leaders Samsung and Apple, we fully expect the G7 ThinQ to be just as scarce this year as the G6 was in 2017.

Of course, the G6 wasn’t the only flagship phone LG released in 2017. There was another handset called the V30, and it managed to attract a loyal following. Well, Android fans, we have some good news: LG’s V30 successor is coming soon and it’s better than last year’s model in every conceivable way. But wait, there’s more good news… it doesn’t have a notch.

Now, Chinese-language tech blog IT Home has published a photo the supposedly shows the upcoming LG V35 ThinQ powered on. If it’s authentic — and we absolutely believe that it is — it’s our best look yet at LG’s upcoming new flagship phone. 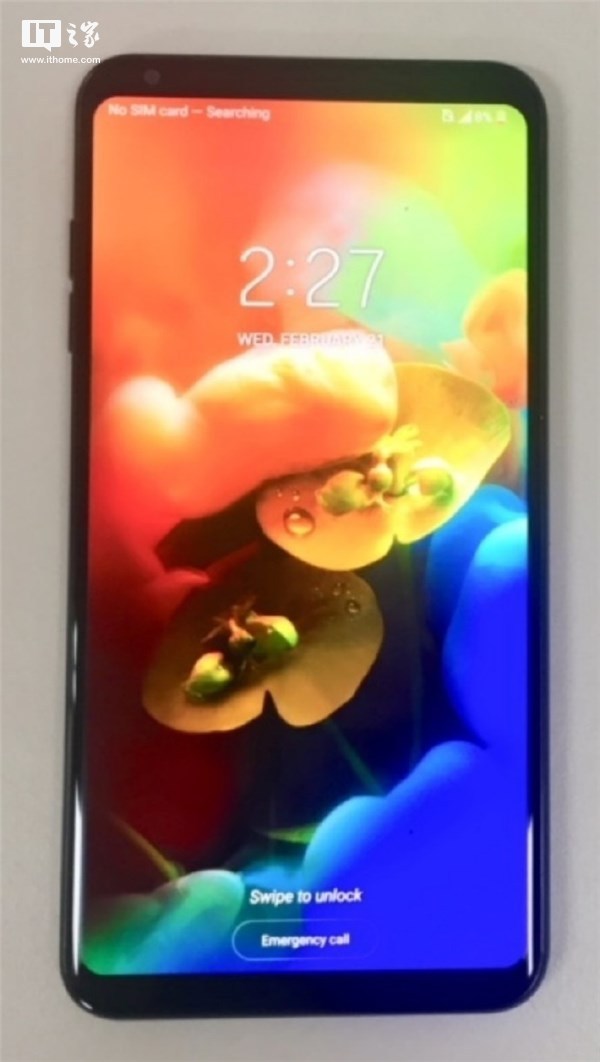 According to yesterday’s big LG leak as well as several independent reports published over the past few weeks, the new LG V35 ThinQ is expected to be announced sometime in June.

Tweet
Apple reportedly knew that the iPhone 6 would bend, but lied about it