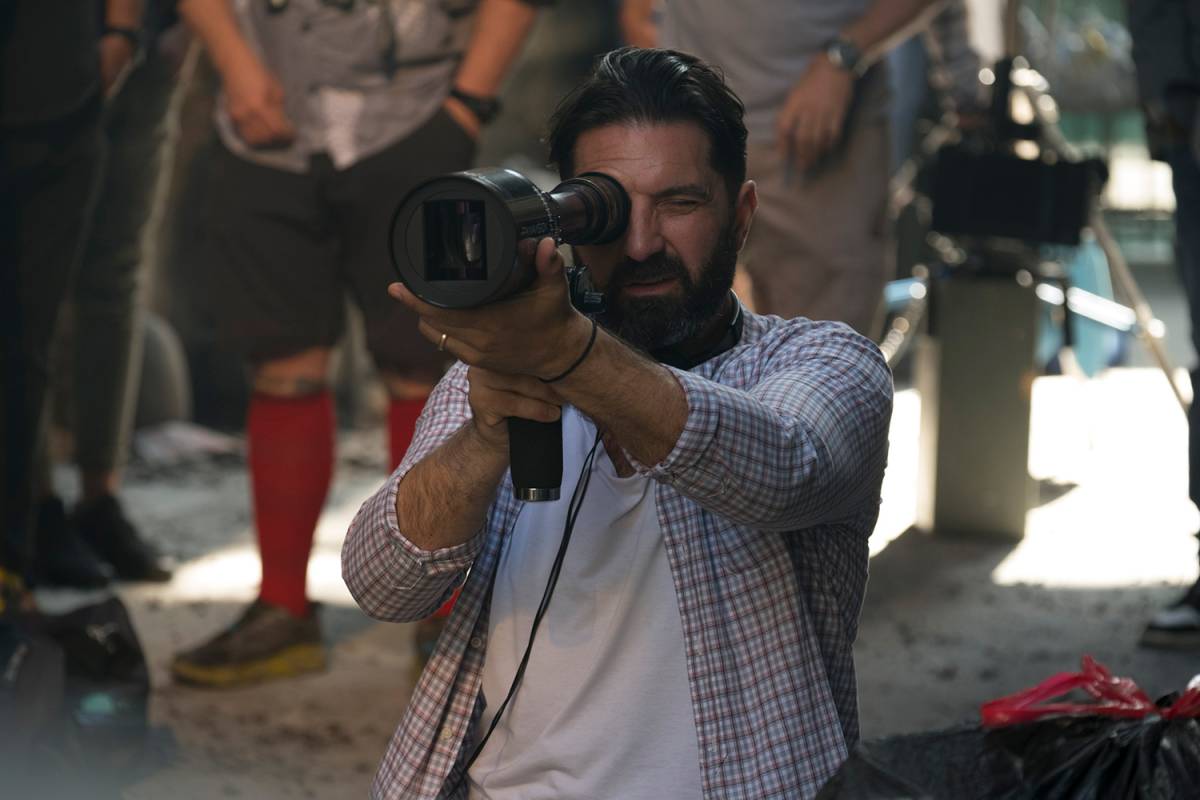 The thing about them is they’ve tended to be sequels. He worked on the screenplay for “Iron Man 3.” On the story for “Mission Impossible: Rogue Nation,” which was the fifth film in that franchise. You love films as much as he does, and you do this kind of thing long enough, you eventually get an itch to shepherd a project of your own, something that’s all you, is covered in your fingerprints, something new.

For Drew, that movie is “Hotel Artemis,” a thriller set in the L.A. of 2028. The quick summary: Foster’s character runs a kind of members-only, secret hotel for criminals that’s actually a hospital. Which immediately puts the movie, Drew tells BGR, in “that tradition of — put a group of great bad people together and see what happens kind of movies. Which is one of my favorite genres.

“And you can actually take that all the way back to Kurosawa and ‘Drunken Angel.’ When I was a teenager in late 80s and early 90s, the world didn’t seem as … delineated then. The delineations between art house and blockbuster didn’t really play into it for me. I wanted ‘Artemis’ to be that. I wanted it to be the kind of movie that visually is striking in a not necessarily mainstream way. Like, massively influenced by Korean cinema from the last 10 years, because that’s one of the most vibrant areas of cinema for me.”

With “Hotel Artemis” — which Empire Magazine calls one of this year’s most exciting film debuts in its Summer Movie Blowout issue — Drew wasn’t trying for mainstream. “I wanted to make a movie that’ll be at least one person’s favorite movie. And if that means it’s a little eccentric? That’s ok, because that’s the kind of thing that encoded my pop culture DNA when I was a teenager.”

Speaking of his younger days, it’s an interesting position for Drew to be in, now. He was born in Glasgow and from an early age found himself tumbling down the rabbit hole of American pop culture. A tradition that, living in L.A., he now gets to be part of and add to.

Producer Stephen Cornwell told Empire to imagine a kind of John Carpenter meets Wong Kar-wai, and you’d then have something of an understanding of where Drew comes from creatively. Drew wanted “Hotel Artemis” to have a sheen that embraces the look of L.A. and its Art Deco style, Cornwell told Empire, but he at the same time wanted to put a modern twist on it.

“People sometimes say write what you know. My motto is always write what you want to see, and Artemis is the kind of movie I’d want to see,” Drew says. “For a movie that had been rattling around in my brain for eight years, it suddenly came together. Then it didn’t, and then it came back together again. That’s independent filmmaking.

“It’s about this secret hotel for criminals. It’s run by a woman known as the Nurse, and it’s about what happens when the wrong group of people end up checking into Hotel Artemis for the night.”

You don’t have to talk to Drew long before a kind of almost wide-eyed enthusiasm for everything about movie-making manifests itself. It’s why he frequently gets up at 5 in the morning to write. It’s why he loves L.A., as far removed as it is from “the cold, flinty world” of the part of Scotland where his family is from. Let’s just come right out with it. Drew nerds out, joyously, when he gets the chance to be a part of making a movie.

When you’re writing a movie that you’re directing and it’s also a low-budget movie like “Hotel Artemis,” he explains, part of the exercise is having fun with imagining who all you can trap inside the building to make the most complex, entertaining and dramatic situation.

“If you talk to Jodie Foster, who’s my lead and who’s been making movies for 52 years, her sanguine, 30,000-foot view of it is — it’s always been really difficult to make movies,” he says. “Sure, the shape of the industry’s going through yet another seismic change. Studios basically just make $5 million movies or $200 million movies. But, honestly, I’m excited about the possibilities of what’s out there at the moment. And I think audiences are hungry for something that feels fresh or distinctive.”