With Billions and Silicon Valley having just premiered with new seasons, Bill Hader’s Barry making waves in its debut season and Westworld set to return before the end of the month, there’s no better time to sign up for HBO than today. And now Hulu is making the decision to sign up even easier by lowering the cost of its add-on HBO subscription from $15 per month to $5 per month for a limited time. Signing up will lock you in to the lower price for six months.

Hulu has yet to make an official announcement about the price drop, but Variety found the information on Hulu’s sign-up page, informing new customers that they can add HBO to their subscription for the discounted price of $4.99. Hulu doesn’t say how long the offer will last, but notes it will automatically revert to $14.99 after six months.

Hulu is one of many streaming TV services that offers HBO as an add-on to its TV bundles, but the $5 price point is about as low as you’ll ever see it go. DirecTV Now appears to be offering a similar deal at the moment, in case Hulu isn’t your service of choice. But if you were going to pick Hulu anyway, this makes it even more appealing.

In order to take advantage of the offer, you have to sign up for either Hulu’s on-demand plan or its live TV service. As Variety points out, this means that you can package Hulu’s $7.99 limited commercial plan with the $4.99 HBO add-on and end up paying less than you would for the standalone HBO Now service, which costs $14.99 per month.

This comes right on the heels of the announcement that Hulu and Spotify are partnering up to offer a bundle of the two streaming services for $12.99 per month. Unfortunately, you have to pick between the two, as anyone who signs up through Spotify won’t be eligible to take advantage of the discounted HBO deal as well.

Tweet
This device is like an Echo Dot for your car, and it’s discounted today on Amazon 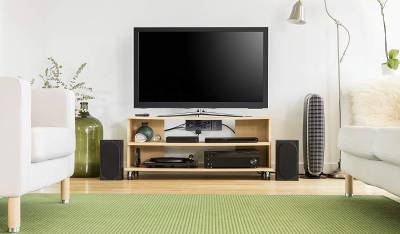