Despite what you might assume, given the huge number of fossils uncovered in recent years, finding remains of prehistoric creatures is actually pretty hard. Add to that the obvious fact that paleontologists don’t get to decide what age an ancient creature was when it died and you can start to get an idea for how difficult it is to find a fossil of an animal that died as an infant. A newly-discovered juvenile bird specimen found in Spain is thought to have died just days after being born, and the fossil is an incredibly rare opportunity for scientists to study the development and evolution of ancient birds.

The bird is thought to have lived ever so briefly around 127 million years ago, and belonged to a group of ancient avians that were something of a half-way point between dinosaurs and modern day birds. The creature was likely covered in plumage, but also had teeth as well as claws on its wings. The study was published in Nature Communications.

The tiny bird measures just a few centimeters, but its small size belies its ability to shape science’s understanding of avian evolution. The researchers used special scanning tools to map its bone structure while preserving the fossil’s integrity, and what they discovered is that, despite being separated by tens of millions of years, the creature is not all that dissimilar from the birds we see today. 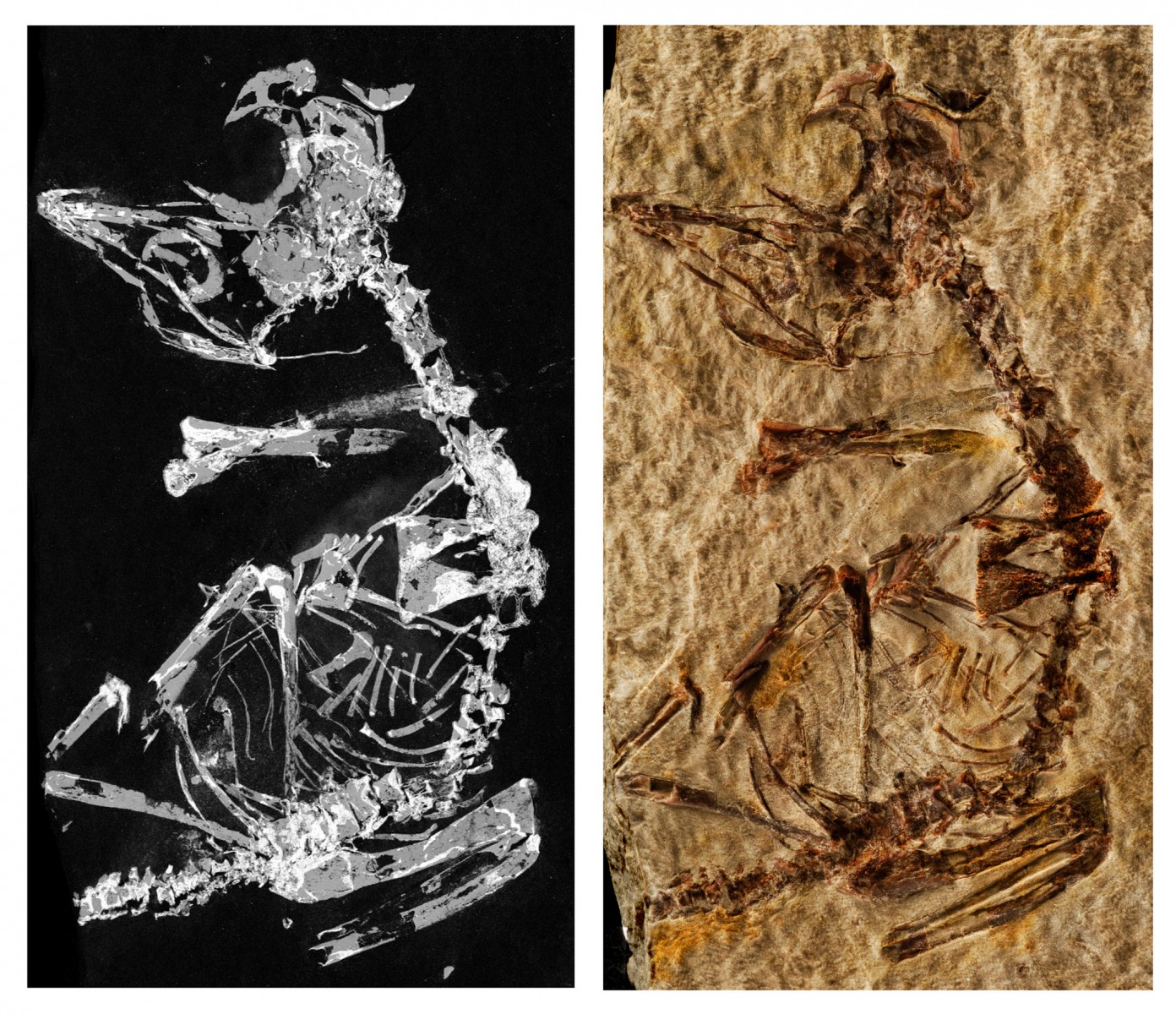 “This new discovery, together with others from around the world, allows us to peek into the world of ancient birds that lived during the age of dinosaurs,” Luis Chiappe of the LA Natural Museum of Natural History, and co-author of the study, explains. “It is amazing to realise how many of the features we see among living birds had already been developed more than 100 million years ago.”

Because of the lack of hardened bone in its sternum at its young age, researchers don’t believe the bird would have been able to fly just yet. However, that doesn’t necessarily point to the bird being entirely dependent on its parents for food, and it’s not yet known whether or not the ancient birds became independent shortly after hatching or relied on others for care. Additional examples will help to paint a clearer picture, but with how rare such a discovery is, it may be a while before scientists have a definitive answer.