Amazon just revealed the most popular Prime items of 2017

To say that Amazon had an incredibly successful 2017 would be something of an understatement. Not only did its share price increase by a whopping 57% year over year, the tech giant saw significant gains in its Prime service. Just last week, Amazon disclosed that the 2017 holiday shopping season was its best yet and that the company tallied more than 4 million new Prime subscribers in just one week. What’s more, Amazon recently revealed that “more new paid members joined Prime worldwide than any previous year.” And as a point of interest, Amazon shipped more than 5 billion items via Prime over the past 12 months.

With 2017 now firmly in the rear view, and with Prime subscriptions surging, Amazon earlier today revealed a number of interesting, quirky, and fascinating tidbits about the items and media content Prime users enjoyed most over the past 12 months. For example, the items most commonly purchased via Amazon Prime include the Echo Dot, Amazon’s Fire TV Stick, and Amazon Basic Cables.

The most popular item on Prime Day this past year was this Instant Pot which Amazon delivered to more than 27,000 zip codes across the United States. Amazon notes that the Instant Pot was also the most gifted item in 2017 while also being the item users most frequently added to their wish list.

Excluding Amazon devices, the most popular devices by country reads as follows:

Media wise, The Grand Tour was the most watched Prime Original in 2017 while the most watched new Prime original was Sneaky Pete. The most watched Amazon original movie, not surprisingly, was Manchester by the Sea. And seeing as how Amazon now streams NFL games to Prime subscribers, we learn that more than 17 million viewers watched Thursday Night Football games via Amazon video.

The songs Amazon Prime subscribers listened to most were Believer by Imagine Dragons and Something Just Like This by The Chainsmokers.

As far as books are concerned, Amazon notes: 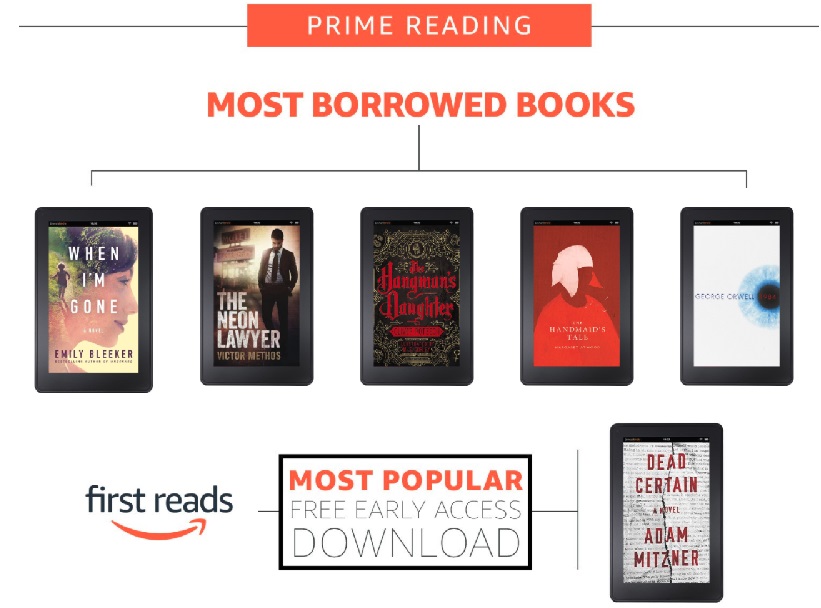 You can check out more of Amazon Prime’s 2017 year in review over here.