‘Brawlout’ is an adequate ‘Super Smash Bros.’ surrogate for the Nintendo Switch 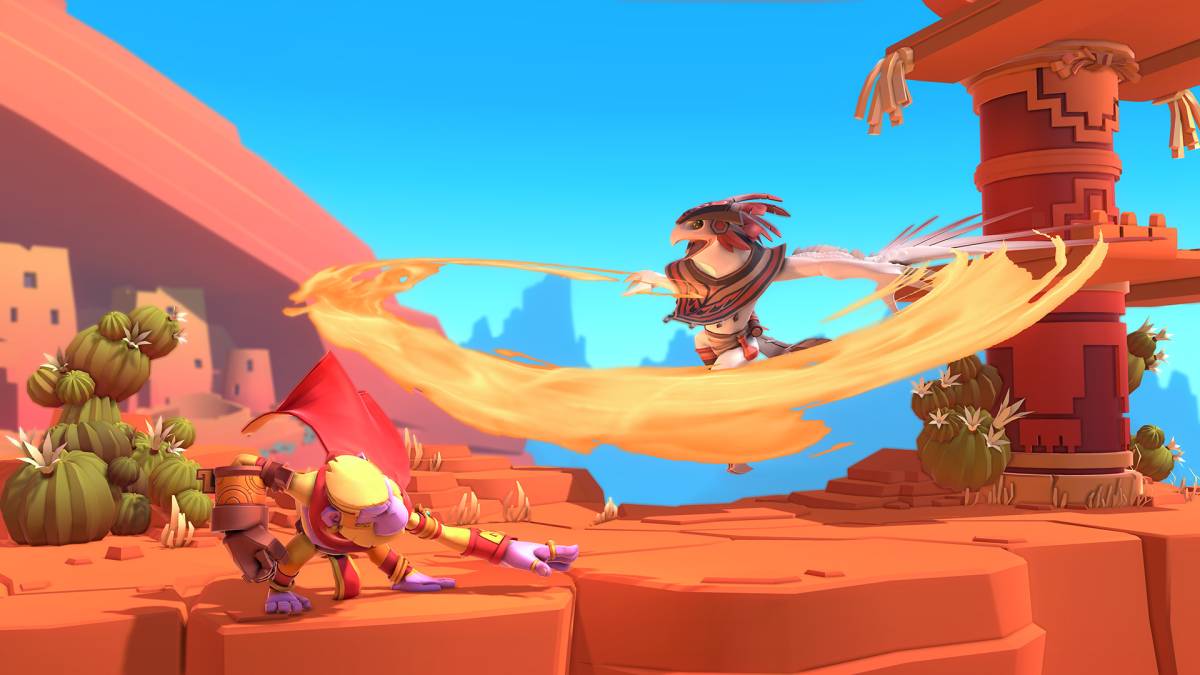 When E3 2017 came and went without a single mention of Super Smash Bros. making its way to the Switch in any form, Nintendo fans were taken aback. It’s not that the Switch desperately needs a port of Super Smash Bros. for Wii U to succeed; its library is already more impressive after nine months in circulation than the Wii U’s was in its lifetime. But it just seemed like a no-brainer for Nintendo to bring one of its most popular franchises to the new console.

Alas, there is no indication of when or if Nintendo will ever release another Super Smash Bros., but all is not lost. After all, Nintendo is not the only developer capable of designing and releasing platform fighting games. Which brings us to Brawlout — an indie fighter that just launched on the Switch eShop this week.

Brawlout, which hit PC back in April and has now arrived on Switch, has more in common with Super Smash Bros. than it doesn’t. The roster of fighters consists of six original characters and two indie gaming cameos. The stages are 2D planes on which players attempt to knock each other off of platforms. The more damage a fighter takes, the further it flies with each hit. And more than anything, it just feels a lot like Super Smash Bros., save for some key differences. Unfortunately, those differences are what keep the game from hitting the same highs as Smash. 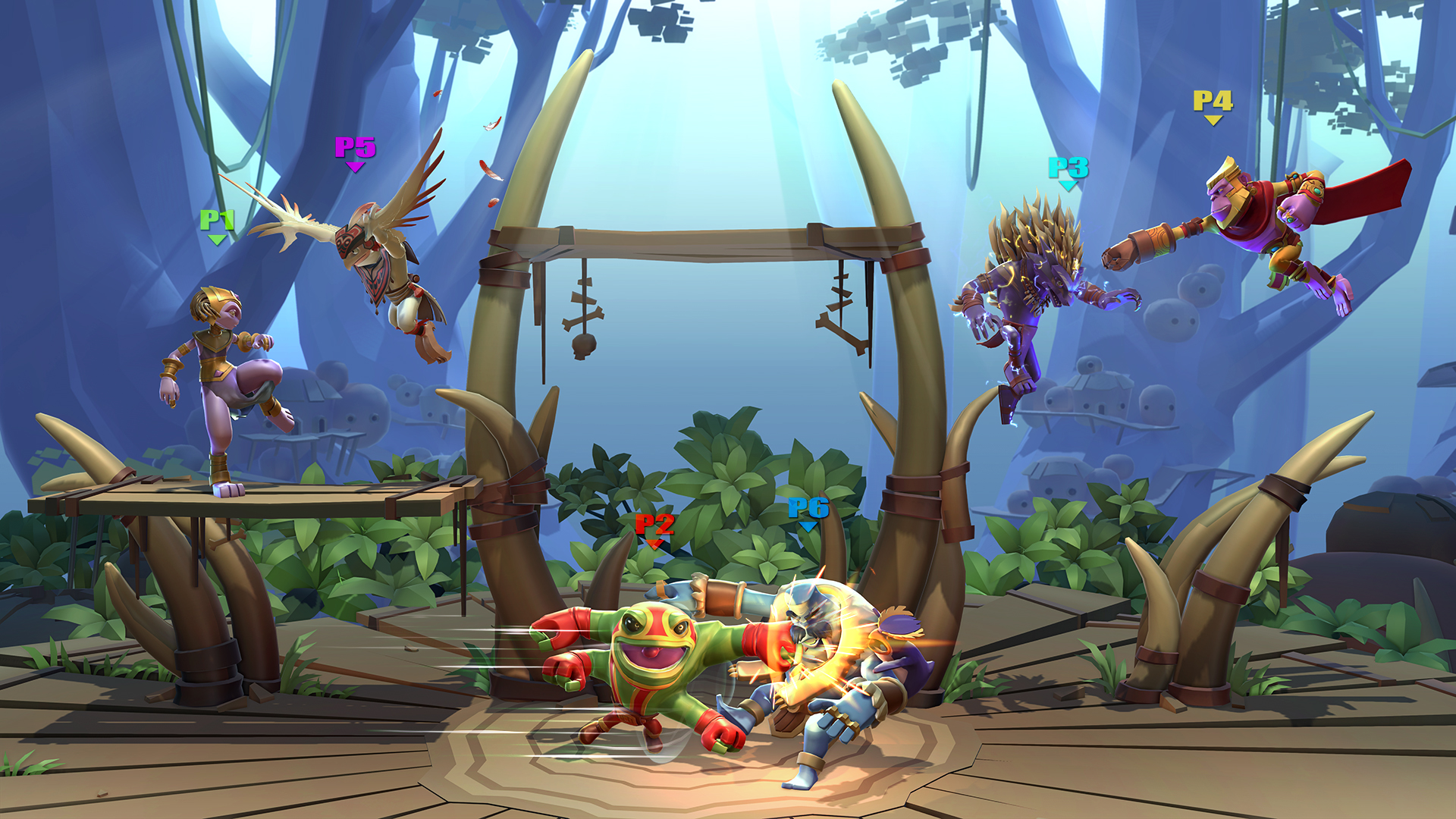 Brawlout may be imperfect, but in my time with the game prior to its launch, there were stretches where it shined. As I fought my way up the tower in the single player arcade mode on easy with Paco (a buff luchador frog), I began to get a feel for his abilities and found a rhythm that worked for me. While the roster is disappointingly limited, each of the characters do feel completely unique and require a few training sessions to learn their movesets.

But when the game isn’t clicking, it really grinds to a halt. The Brawlout fighters lack the weight of the Smash fighters, which means that the jumps don’t feel as crisp, the punches don’t hit as hard and the player’s ability to make precise moves at a moment’s notice is compromised. There were also some elements of the combat system that I just didn’t get. Although executing combos yourself can be extremely satisfying, having the same done to you by an AI fighter is infuriating. At times, no matter how many buttons I pressed or dodges I attempted to perform, I couldn’t escape the enemy’s grasp. I just put my controller down and watched my fighter get thrown around the stage like a rag doll.

And speaking of enemy AI, the balancing (at least in the version I played) was way off. In my third fight on the easy tower with the hero from Hyper Light Drifter, I was annihilated by a computer-controlled Paco. I don’t proclaim to be a Brawlout expert, but having an “easy” AI opponent destroy me in such spectacular fashion was enough to put me off the game for a day or two. If I can’t even compete with the worst you have to offer, I’m not going to have fun. 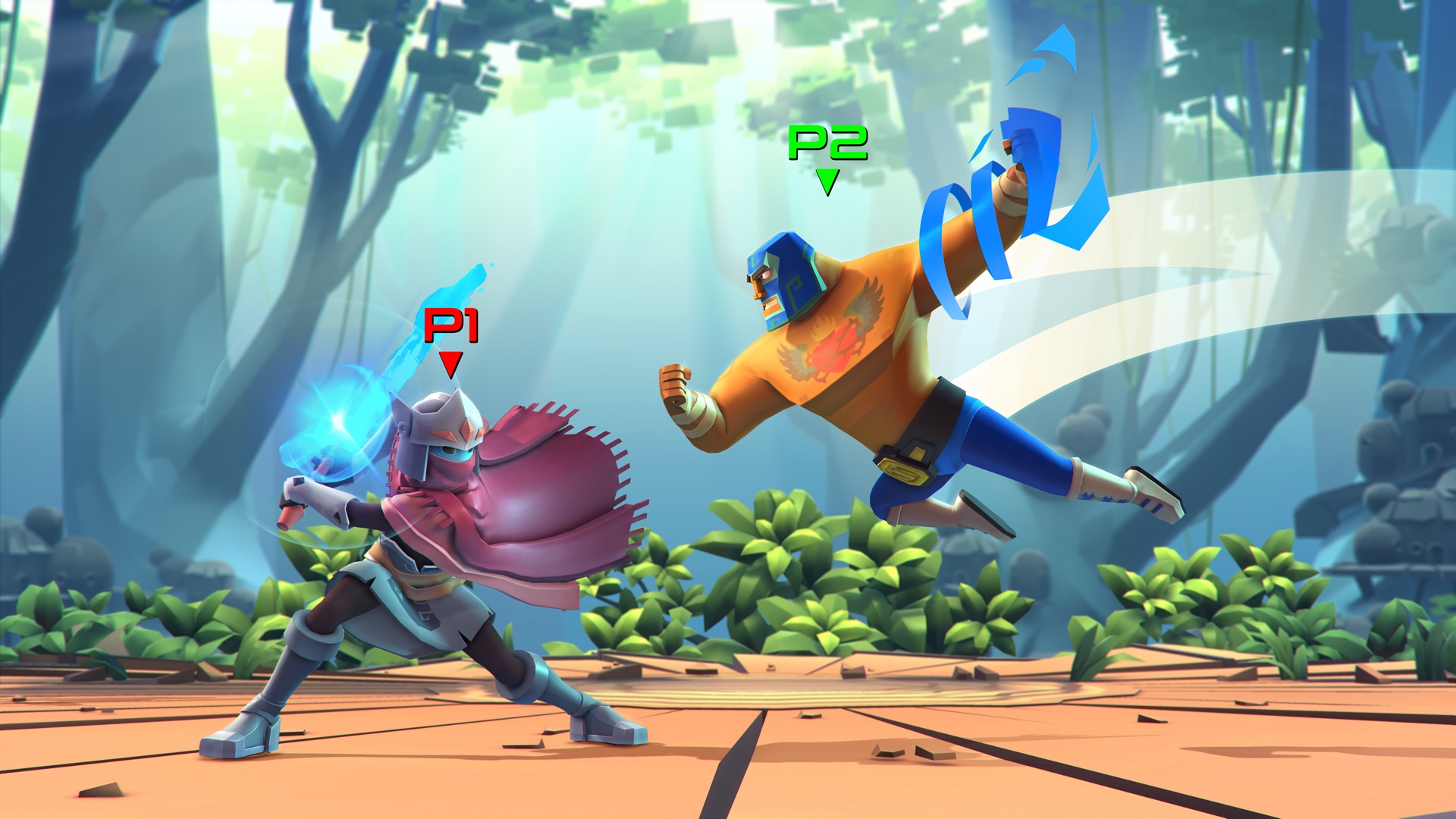 While the lack of variety in fighters is a bummer (but unsurprising for a small indie game), the lack of content is far more troubling. Other than quick play matches and the aforementioned arcade mode, there’s a bare-bones online mode and the ability to play local multiplayer with nearby friends who have Switch consoles.

It’s also worth noting that, like many modern mobile games, there are daily objectives to complete that will earn you gold and gems. In fact, basically everything you do in the game will reward you with the two currencies, which can then be used to unlock new skins, stages and variant brawlers. But against all odds, there are no microtransactions in the game. You can’t use real world money. You have to earn and spend in-game currency.

Comparing any fighting game — especially an indie game that retails for $20 — to Super Smash Bros. is moronic, even if the game directly invites that comparison. The problem here is that Brawlout has so much potential, but the execution is lacking. No one expects another developer to swoop in and steal the party fighting game crown off Nintendo’s head, but we’re all dying for a decent pretender to the throne.

All that said, with some balance adjustments to the arcade mode, a few additional fighters and some stages that add a bit of variety to the battles, Brawlout could easily turn into one of the most frequently played games on my Switch. Until then, if you’re desperate for a colorful platform fighting game, you could do much worse.