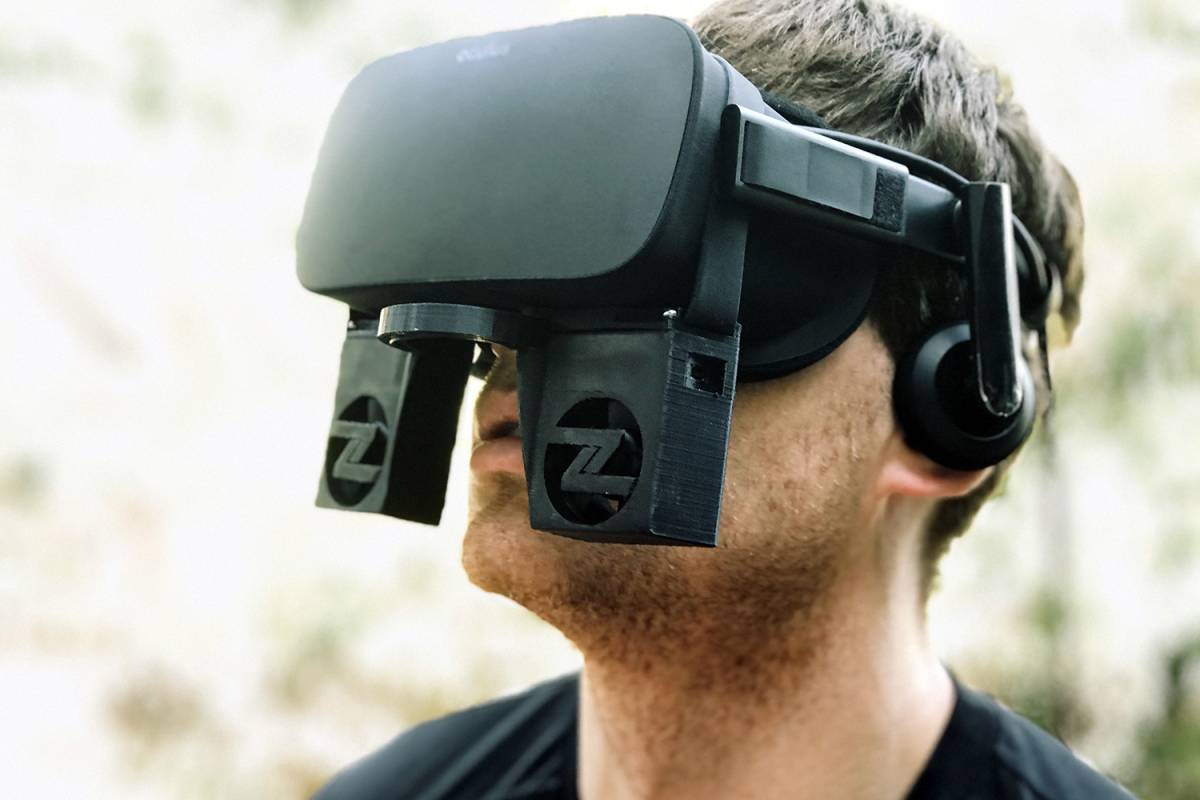 The team behind a new accessory for virtual reality headsets that will create wind and synchronize it to VR events, immersing users even deeper into the VR content, came up with the idea for their gadget by happenstance.

Paige Pruitt, the cofounder and CTO of Weasel Labs, hit on the idea for what would become the company’s ZephVR product while playing the Playstation VR game “London Heist.” In it, there’s a car chase scene where you’re supposed to lean out the window of a virtual car and shoot down some bad guys.

While she was playing the game, she executed that move — while at the same moment she didn’t realize she was putting her face in front of her window fan. She was shocked at the presence of that air — and how real it made the moment feel.

“She called me right after that,” recalls company cofounder and CEO Sean Spielberg, “and was like whoa, it was so real. And from that, we started to think about how we could recreate immersive moments like this intentionally using wind.”

What they came up with are two 40-millimeter fans the users would buy and then attach to whatever VR headset the own. The fans would sit below the head-mounted display, listen for wind in audio games and trigger themselves accordingly.

A Kickstarter campaign to crowdfund the ZephVR goes live on Nov. 2 and runs for 30 days with a funding goal of $30,000. Pricing for the ZephVR will start at $49 for early backers on Kickstarter.

The company cites research for Greenlight Insights which shows that global VR revenue is expected to reach more than $74 billion in 2021, an annual growth rate of almost 80 percent. Weasel Labs, which is part of the inaugural class of the HMC INQ incubator in Santa Monica, sees their product as helping amplify and stoke interest in the space, helping people enjoy deeper experiences with the content. 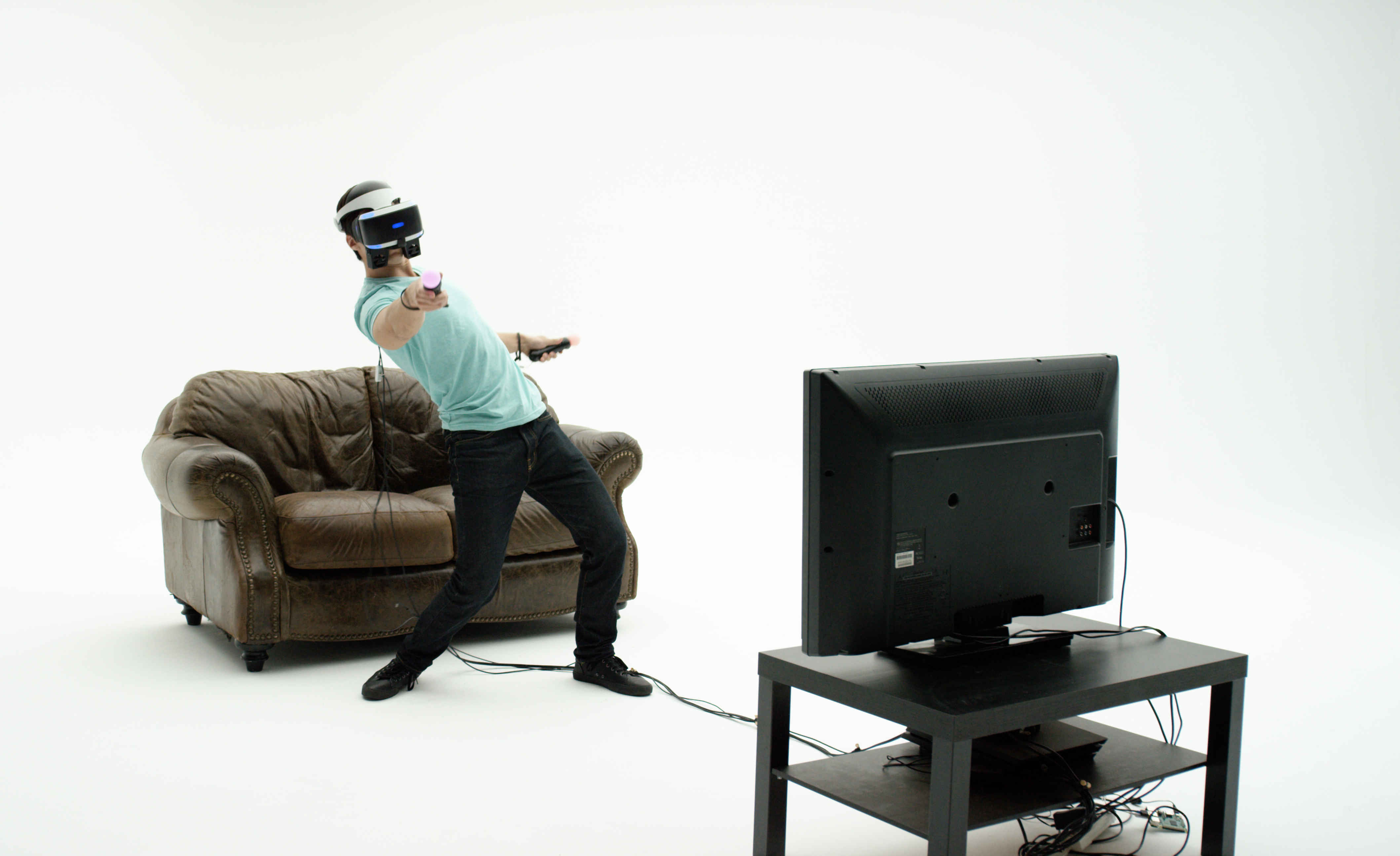 There are so many instances, Spielberg says, in which the ZephVR can pick up wind in the audio track of VR content. Think of running, falling, flying. Bullets whizzing past. Extreme weather. A roller coaster drop. There are a lot of great moments in horror games in particular, Spielberg says, that add to the sense of terror you get while playing a game.

“We have a prototype design that’s ready for manufacturing, and we’re going to launch on Kickstarter,” he says. “And then from there our plan is to deliver within six months, max.

“We think that long-term the natural place for a feature like this to live in is the headsets themselves. We did file for a provisional patent, and we’ll be turning that into a full patent, so our hope is that the headset manufacturers want to license our technology and build this in a really awesome way.”

It’s also bigger than just the wind effect. Spielberg & Co. sees this as a first-step toward a world where they can help power any sort of physical effect or peripheral.

It started, of course, with Pruitt and her moment. Once the pair realized what they wanted to try, they started cobbling together quasi-prototypes. Crude implementations, like a couple of fans, duct-taped to a Playstation VR. One person would be in the game, and the other would be watching the TV to turn the fans on and off at the right moments, just experimenting.

The pair was surprised how even that helped deepen the VR experience. From there, they roped in friends for their opinion, and the positive feedback kept growing. Theirs is also a product that shows the potential for VR accessories like this, such as other products we’ve covered, like this glove that lets the wearer experience the sensation of touch in VR.

“We think — especially now, with all the new headsets released — there are so many different headsets out there competing for this market,” Spielberg said. “And they’re all going to be looking for a competitive differentiator, so we’re hoping we can be a big part of that.

“There’s definitely been a lot of hype around VR, and a lot of people out there have been disappointed that it didn’t hockey stick quite as soon as a lot of people were predicting.

But that being said, I think there’s a very promising future with VR. In a lot of different directions.”