Fubo streaming TV review: the best way to watch sports, or anything else

People are cutting the cord at an alarming rate — alarming if you’re the president of a cable company, that is. For everyone else, the fact that you can now pick and choose between a bunch of different streaming TV services, rather than just paying the traditional $60 a month to whichever cable company is in your area, is fantastic.

We’ll come back to why Fubo is “sports-first” in a sec, but for now, just know this: it has every single mainstream channel you probably want to watch, in addition to sports. The base package, which is $35 a month, includes 64 channels. You get news mainstays like MSNBC, CNBC, and Fox right now, and CBS is signed on and should be live in the near future. Entertainment includes stuff like FX, HGTV, Viceland, A&E, and Nat Geo.

It’s most of the same stuff you get from a basic cable package. Sadly, there’s no option right now to add Showtime or HBO, but a Showtime add-on is coming soon, and there’s so many ways to subscribe to HBO already that it’s not really an issue. 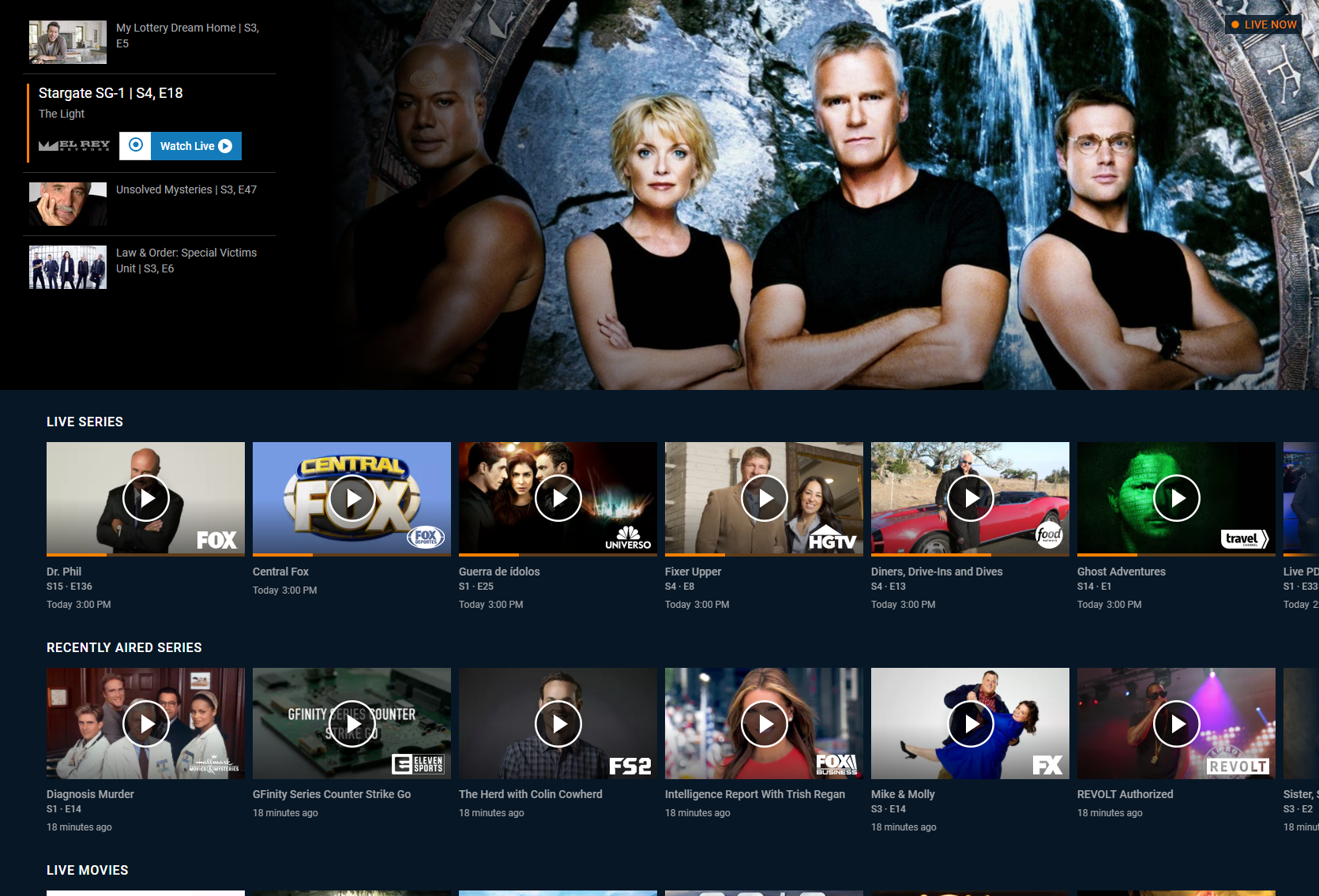 You also get comprehensive sports coverage through the basic plan. You can look at the channel list to work out if your local team and sport is covered, but I’ve been able to watch everything I can think of this summer, including more obscure cycling and tennis events.

Ultimately, the channel selection is going to be personal, and only you can work out if it’s going to be adequate. I’d say that most people who use cable for news, sports, and the occasional Flip or Flop binge will be happy, but Netflix will likely remain your primary way to watch sitcoms or drama.

It’s the unique interface that makes me prefer Fubo to YouTube TV or DirecTV Now, though. Fubo has a web interface for browsers, and apps for iOS and Android. The apps are way less buggy than the competition, and look consistently good no matter whether you’re using a phone or tablet on iOS or Android. It even runs smoothly on an old Nexus 4, which is saying something.

More importantly, there’s broad compatibility with all the popular set-top boxes. Fubo has apps for Chromecast, Roku, Amazon Fire sticks, Apple TV and Android TV, which means you’re not missing much. Playstation compatibility would be nice, but given the low cost of a Chromecast — $35 is the same as renting a cable box for four months! — you can’t really complain.

The streams don’t take long to cast from your phone to the set-top box, and the image quality is fantastic. On a 30Mbps Wi-Fi connection, you get a 1080p picture at high bitrate with no buffering, so really, there’s no difference in image quality versus a traditional cable package.

Where Fubo stands out from everyone else, though, is how you find content. There’s a traditional TV guide that works perfectly fine, but there’s also tabs for sports and entertainment. Rather than scrolling through to work out which channel the baseball is on, you can sort by sports and then see what games are on right now, and what’s coming up.

Entertainment is just as good: you get a tab with TV series currently airing, those that have aired in the last couple days, and the same thing for movies. Fubo lets you stream most any program that’s aired on a channel within the past couple days, which is particularly great for giving you more of a variety of movies. I’m not normally one for watching movies off TV, but the choices that Fubo gives — plus the Netflix-style browsing — makes it far more useful.

The weakest link is the DVR system. It’s easy to DVR any program from within the app, and it’s saved in the cloud, so you can access it from anywhere. But there’s no way (that I’ve found, at least) to set a recurring recording, and you can only DVR 10 shows at a time. Compared to YouTube’s unlimited cloud DVR, it’s limiting.

Overall, Fubo feels like the kind of cable alternative I’ve been waiting years for. The interface is modern, intuitive, and fast to use on every device you own. The content is heavily focused towards the kind of thing that Netflix isn’t good for — sports and live shows — and it makes use of all the entertainment that does air on cable to give you more choice. The price is as low as any skinny cable bundle, but with no extra fees or equipment rental. As long as you’re not too dependent on saving things for months on your DVR, it’s the perfect setup.