‘Destiny 2’ interview: Why was the beta so small, and is it really a sequel? 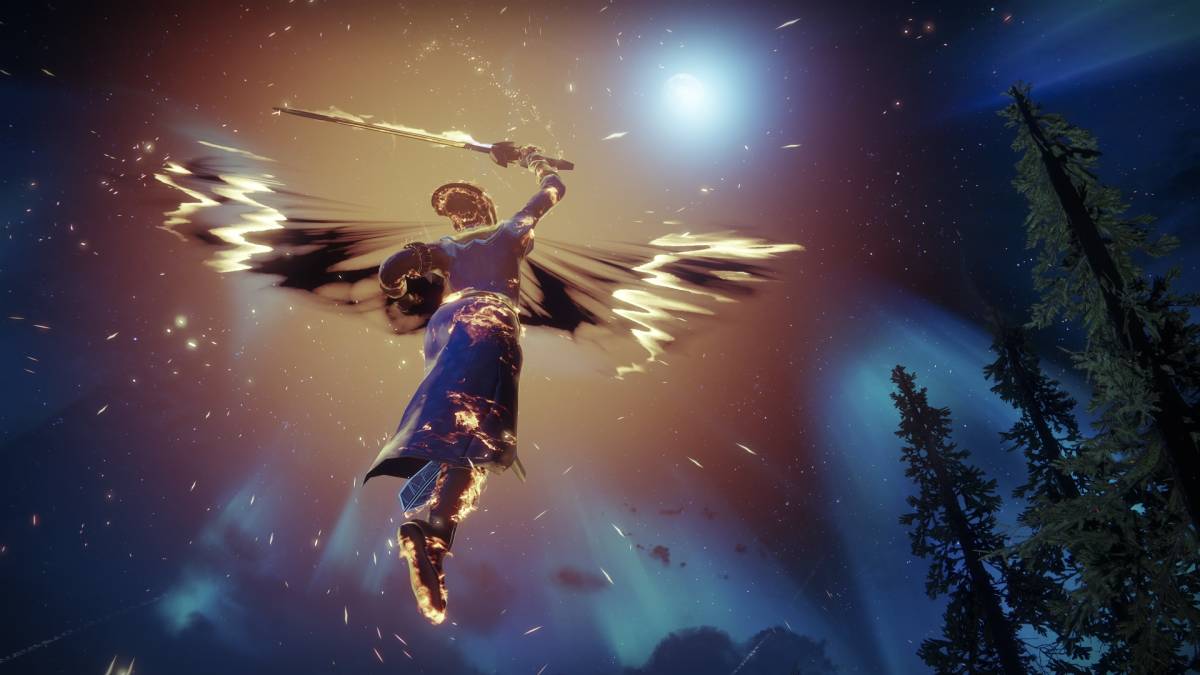 This Thursday, I had a chance to sit down with Bungie community manager David Dague, better known as “DeeJ” to the Destiny community, to talk about one of the most anticipated games of the fall: Destiny 2. With just a month left until the game launches on consoles, the team is as busy as ever — tweaking the game based on feedback from the beta, working to get the PC version of the game out by October and preparing to show the game off at both Gamescom and PAX West.

Thankfully, DeeJ still had enough time to sit down with me for a brief discussion after I got my hands on the PC version of Destiny 2 (which looks pretty stellar and plays great with a keyboard and mouse).

What are the differences between the beta build and the final build of Destiny 2?

You’re developing a game, and you’re on a path to launch your game here and when you get there it’ll be ready. And then when you say “we’re going to have a beta,” you splinter off and you start preparing the build of the beta, and your beta is available here. So what you have is a version of the game that’s where Destiny was when you splintered and were preparing that beta build, and these two builds are growing and evolving in parallel.

So, constant polish is being applied, we’re discovering new things in play tests, we’re discovering new things about super recharge rates or heavy ammo or matchmaking — any number of things. Of course there is no greater moment of discovery than when millions of people go in to play your game, so that’s certainly valuable also. A lot of times our players will confirm our deepest suspicions or our most nagging theories about what we’re creating. And that’s one of the ways in which a beta is valuable. For us, this beta was not a trial demo. It was a test. We wanted to see, more than anything, if our functionality was up to the task of accommodating hundreds of thousands, if not millions, of players.

What were the goals of the Destiny 2 open beta?

Our primary goals for the beta are to make sure that our game works and to make sure that it can support the community on day one of launch. Part of that means that the server infrastructure can lead everyone into the world of the game; the other part of that is what happens when millions of different types of players start to clash in the Crucible and start talking to us about weapon balance and things of that nature.

So there is still time for us to contemplate what we would like to accomplish in one last cycle of tuning: creating weapon balance, deciding how all the different classes behave in the sandbox and between now and the actual launch of the game we’ll see how our design team decides how to handle all that feedback. I try not to make promises for them until they have something that’s certified, but every day we’re looking at what Destiny 2 is and could be and how it’s coming together in our studio and different elements of polish or nuance are applied every day.

Why was there so much less content in the Destiny 2 beta than in the original Destiny 1 beta?

Destiny was such an unknown entity back in 2014. The Destiny 1 beta was definitely more comprehensive. We had an entire destination open for exploration, people played through entire story missions, people started to get a sense of character progression — we feel like we have a really good handle on those things and we don’t feel as if we need to provide as much proof of concept.

We’re definitely trying to get into the habit of letting the game surprise and delight the people who play it. For us, with Destiny 2, now that the world understands the player experience, now that they have a sense of what they can anticipate from the world of the game, and what paces we are going to put them through on their path from taking their first steps into the world to becoming a legend in the eyes of the other players in the game and the community. We can give the a taste of the action, we can give them a small sample that includes some base activities, and this will give us the data we need to understand our data center is performing, this will give us a sampling of Crucible action that will give us some feedback as to how people are performing in the game. But before we saw everything from the Cryptarch to Iron Banner, and we just didn’t feel like we needed to test as many things this time around.

So I have talked to people in our community who are extremely excited by what they played in the beta, and their favorite part is that the final version of the game that will ship in September still has the capacity to surprise them. And they won’t have to speedrun 30% of the steps they’ll take in the game because they’ve already done that stuff.

Is Destiny 2 really a sequel, or more of a reboot?

We see this as a sequel. We see this as a reset of the world that people know who have inhabited the game. We see this as a brand new adventure that puts veterans from our community and brand new players on equal footing. They’ll be able to embark on this new journey taking the same steps together. So if somebody has looked at Destiny, heard that it’s fun, been entertained by stories about how awesome the community is, but felt like that fight is a mile down the road, this is a great time to jump in.

At the same time, it’s an evolution of the player experience, because we have learned a lot from our audience. Any good entertainer benefits from knowing who will be the ones experiencing their product. We didn’t have that luxury back in 2013. We were inventing something new — new to us. A combination of different types of genres, different types of experiences, but with Destiny 2, we are able to elaborate on a lot of those themes. We’re able to evolve just about every aspect of the way people enjoy playing Destiny.

Why partner with Blizzard for Destiny 2 on PC?

We choose our partners very carefully. There’s a reason why we wanted to work with Activision. There’s a reason why we wanted to work with Blizzard. There is such a culture of mutual appreciation between our two companies. There are people who work at Bungie who tell very deep, meaningful war stories that are rooted in the World of Warcraft. We know that there are people at Blizzard who like playing Destiny which is why they initiated the discussion to welcome us into their marketplace. We feel like Blizzard fans appreciate what we’ve created in Destiny, which is a premium gaming experience based on elements of fantasy and action… [and] epic loot. We feel like there’s a good harmony there and it’s something that we’re looking at exploring.

We’re really excited to welcome the PC gamer into the Destiny community and Blizzard seemed like just the company we’d want to work with to make sure that their introduction to our world is one that is fluid and managed well.

Destiny 2 will be out on PS4 and Xbox One on September 6th, with the PC release set to follow on October 24th. We’ll have plenty more coverage on the game leading up to launch and beyond.

An Xbox Series X signature feature has a major problem, but you can fix it easily