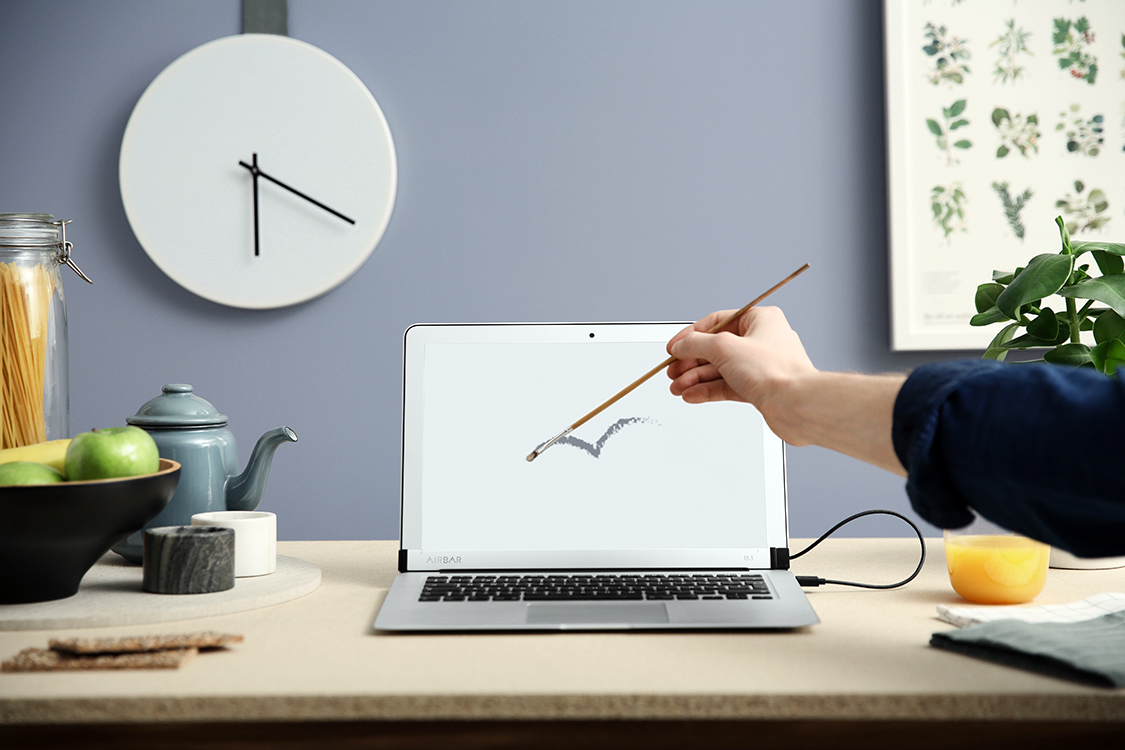 At this point, it seems like Apple might never release a laptop with a touchscreen. The company reverses course all the time — remember when Steve Jobs scoffed at the idea of native third-party apps on the iPhone? — but over the years Apple has never wavered when it comes to rejecting touchscreen laptops. The company’s various arguments do have merit, but it seems somewhat reminiscent of Tim Cook’s arguments against an iPhone phablet back before the iPhone 6 Plus was released. He said that smartphones with large displays carried too many compromises, and Apple wouldn’t release a supersized iPhone if the company was forced to make the same compromises. Then… Apple released a supersized iPhone that made all the same compromises.

When it comes to touchscreen laptops, however, Apple is showing no signs of budging. If you’re a MacBook Air user and you’ve been dreaming of what it would be like to have a touchscreen on your sleek Mac laptop, your dreams just came true.

Neonode is a company with a storied history, but Apple fans will be most interested in the latest product the company has to offer. Released on Tuesday, the new AirBar for MacBook Air is the answer to years of clamoring among a select but sizable group of Apple computer users. That’s right, it adds a fully functional touchscreen to any 13-inch MacBook Air.

The AirBar itself is a small silver bar that attaches to your MacBook Air directly beneath the screen using two small magnets. When positioned and plugged in, the device beams infrared light up and across the screen. This light is of course imperceptible to the human eye, but the AirBar can observe when the beams of light are broken and triangulate the location of the user’s finger with proprietary algorithms.

In other words, anything you touch to your laptop’s display is capable of controlling the objects on the display. You can scroll, tap, swipe, and even draw or paint, and the AirBar will translate those touches with minimal lag as they occur.

Here’s a video that shows the AirBar in action:

Neonode’s AirBar has already been available for Windows laptops for quite some time, and I’ve been testing the MacBook Air version for several weeks now. It’s hasn’t been without a few hiccups since the software I’ve been using was still in development, but overall the experience has been surprising.

It works, and it works quite well. I’ve grown accustomed to poking at my MacBook Air’s display to scroll through webpages, and using pinch gestures to zoom in and out on photos is terrific. You can even double-tap a column of text on a webpage to zoom in and fit it to the width of your browser, just like you can on the iPhone or iPad. It’s awesome.

The new Neonode AirBar for MacBook Air is available immediately for $99 from Amazon and Fry’s Electronics.