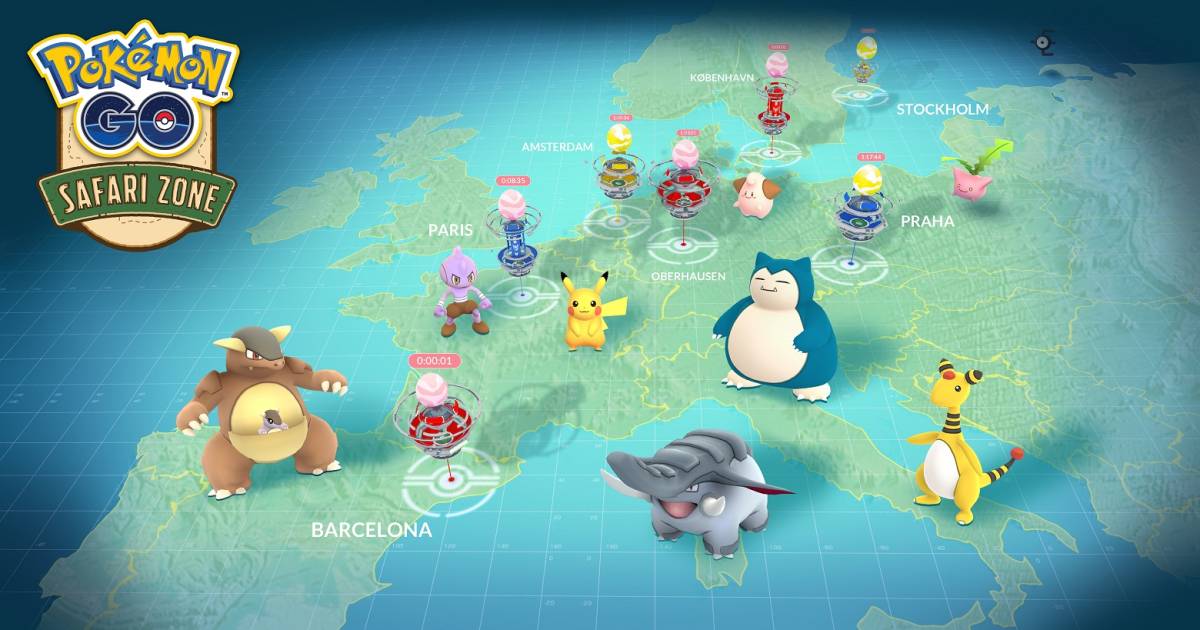 A few weeks ago, Pokemon Go developer Niantic added Raid Battles to the game and finally overhauled the Gym system. It was the shot in the arm the mobile game needed, but it turns out that Raid Battles are just the beginning of the new cooperation events in the world of Pokemon Go.

Shortly before the Raid Battles rolled out, Niantic announced that it would be holding a real world event called Pokemom Go Fest in Chicago on Saturday, July 22nd, where attendees will see increased Pokemon spawns and special PokeStops. But festival goers won’t be the only ones participating in the event.

On Wednesday, Niantic announced that Pokemon Go Fest Chicago will coincide with a worldwide event where trainers from all corners of the planet will be able to take advantage of perks unlocked by attendees in Chicago. How it works is that trainers in Grant Park will be able to unlock special perks for all players by catching certain types of Pokemon. For example, if they catch enough Fire-type Pokemon, everyone will get a Candy bonus. At the same time, trainers not in attendance will try to catch as many Pokemon as possible during the Challenge Windows to increase the duration of those perks. 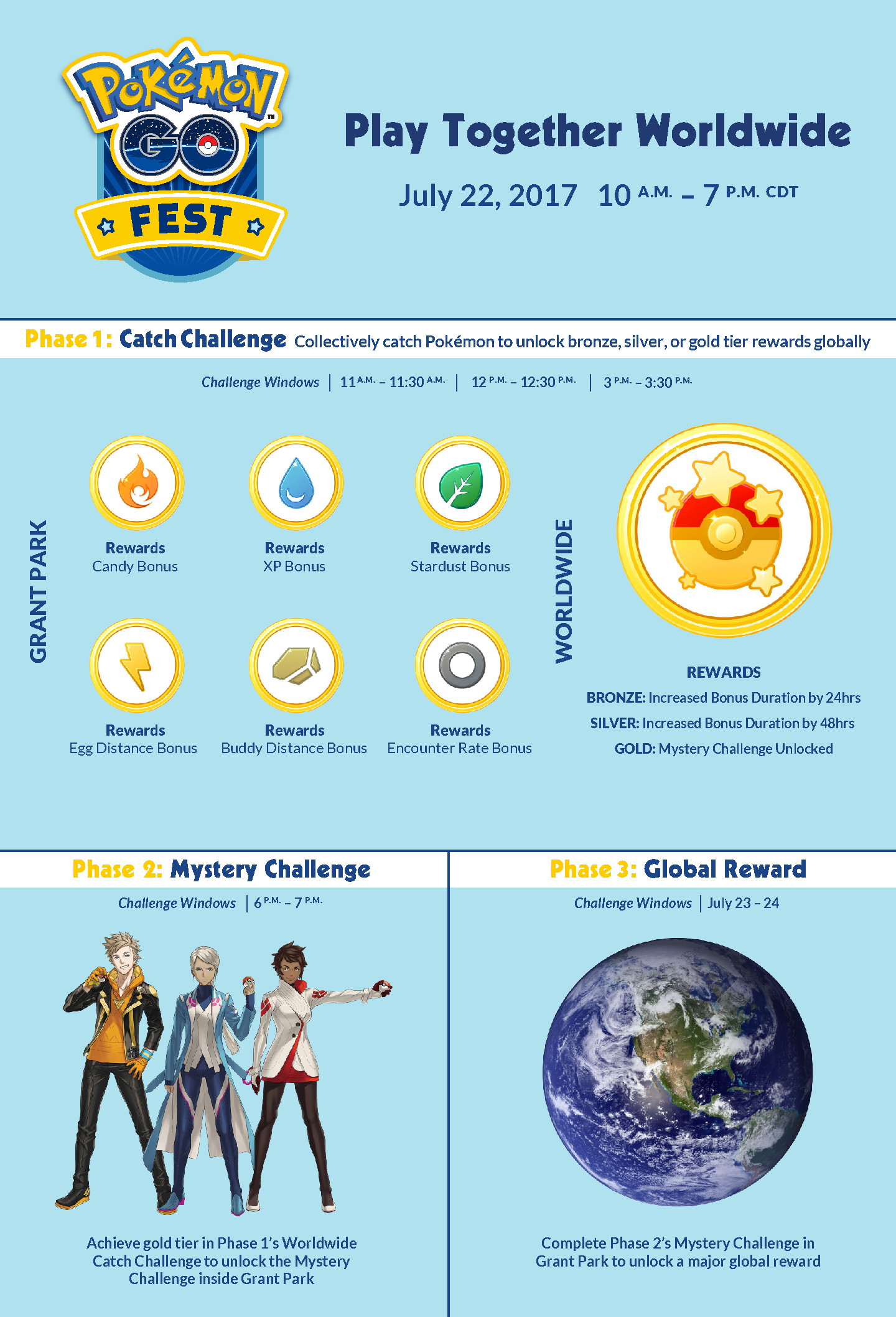 If Pokemon Go players can rally together to achieve the gold tier during the Challenge Windows, they will unlock a Mystery Challenge inside Grant Park. If the Pokemon Go Fest attendees can best that challenge, every Pokemon Go player will have to chance to partake in a “major global reward.”

Niantic didn’t specify what that major global reward would be, but based on recent evidence, we have a suspicion that it might have something to do with the long-awaited Legendary Pokemon. Just a guess.