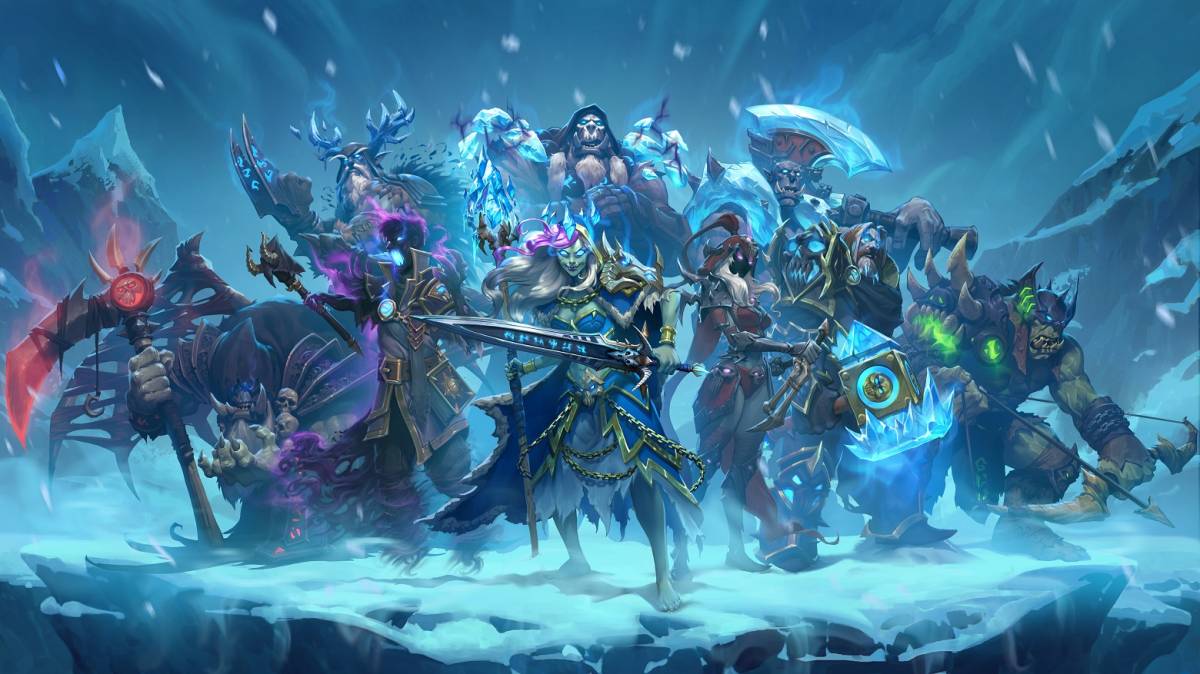 On Thursday night, moments before the 2017 HCT Spring Championship series kicked off in China, the Hearthstone team shared a video message introducing the next expansion for the card game: Knights of the Frozen Throne. Unfortunately, a leak spoiled some of the intrigue hours before the announcement, but there were still a few major surprises that the team managed to keep secret until the reveal.

While Quest Cards were the most substantial addition to the game in the Journey to Un’Goro expansion, Hero Cards will be the star of the show in Knights of the Frozen Throne.

Similar to the popular Warlock card Lord Jaraxxus, Hero cards allow you to replace your hero with a Death Knight version of that hero, changing its hero power and having an effect on the board. The only Hero Card Blizzard has unveiled so far is Deathstalker Rexxar, which gives the Hunter hero 5 armor, deals 2 damage to all enemy minions when played and changes the hero power to “Build-a-Beast.”

In addition to Deathstalker Rexxar, Blizzard also showed off two common cards, a rare card and a legendary card that will be included in the 135 card expansion. First up is a common Paladin card called Chillblade Champion. At 4 mana, its stats might seem underwhelming, but it’s the first card we’ve ever seen with the Lifesteal keyword, which means it heals your hero for however much damage it does.

There’s also Priest spell called Spirit Lash that costs 2 mana and deals 1 damage to every minion on the board, but it also has the Lifesteal keyword on it, which means it could potentially heal your hero for up to 14 health points if the board is full. Finally, we have the neutral rare Shallow Gravedigger, which adds a random deathrattle minion to the player’s hand, and the neutral legendary Prince Keleseth, which gives every minion in your deck +2/+2 as long as you have no 2-cost cards.

But new cards and new effects aren’t the only exciting additions in the Frozen Throne expansion. Blizzard is also going to allow every player to play through a set of free missions, “including a prologue, two wings of three bosses, and a final epic showdown against The Lich King himself.” You’ll get a random Hero Card for beating the prologue, and a free pack for beating each wing and claiming the Throne.

Knights of the Frozen Throne won’t be available until mid-August, but you can pre-purchase 50 packs at a slight discount of $49.99 from the Hearthstone website and get a unique card back as well.