Don't Miss: Every Raid Boss discovered in Pokemon Go so far, and how to beat them 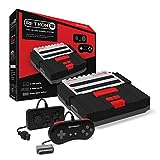 Tweet
Every Raid Boss discovered in Pokemon Go so far, and how to beat them