It’s summer on Saturn’s moon Titan, but you wouldn’t want to visit

NASA’s Cassini spacecraft has been hanging out around Saturn and its moons for over a decade and a half now, and it’s seen a lot of really awesome sights during its visit. The planet’s moon of Titan has gotten its fair share of attention along the way, and a new photograph captured by Cassini shows the hostile world in detail that we’re rarely afforded. It may look like a pretty neat place to go sight-seeing, but you definitely wouldn’t want to burn any of your vacation time there. 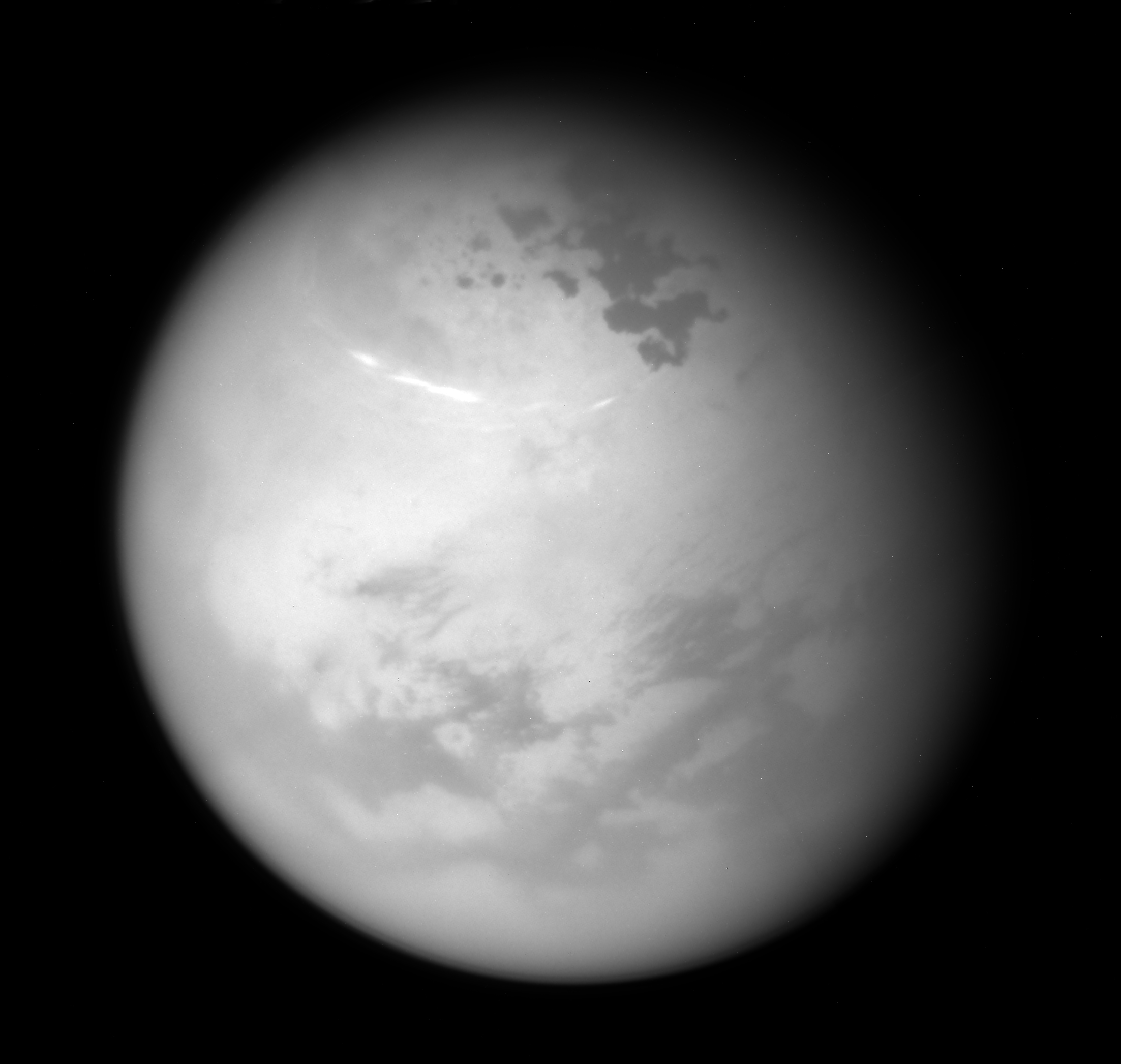 Using images and readings from Cassini and other hardware, researchers believe Titan is similar in many ways to Earth shortly after its formation. The moon is rocky and icy, and the surface is thought to get less than one percent as much light from the Sun as we get here on Earth, due largely to the greater distance as well as the clouds and haze that often shroud Titan’s surface.

At present, the moon’s surface is dotted with vast lakes of methane and ethane, oxygen-breathing creatures would find quite unappealing. However, it’s been theorized that life could still exist there, having evolved to breath hydrogen rather than oxygen, and exhaling methane instead of carbon dioxide.

Far enough down the road, scientists believe that Titan could actually become a great deal like Earth in its present form, once the Sun transitions to a red giant. At that point, Titan could be much warmer than it is today, allowing liquid water to form on its surface and becoming much more habitable. But don’t hold your breath, as that’s not expected to actually occur for roughly another five billion years.

Tweet
NASA wants to probe Uranus in search of gas