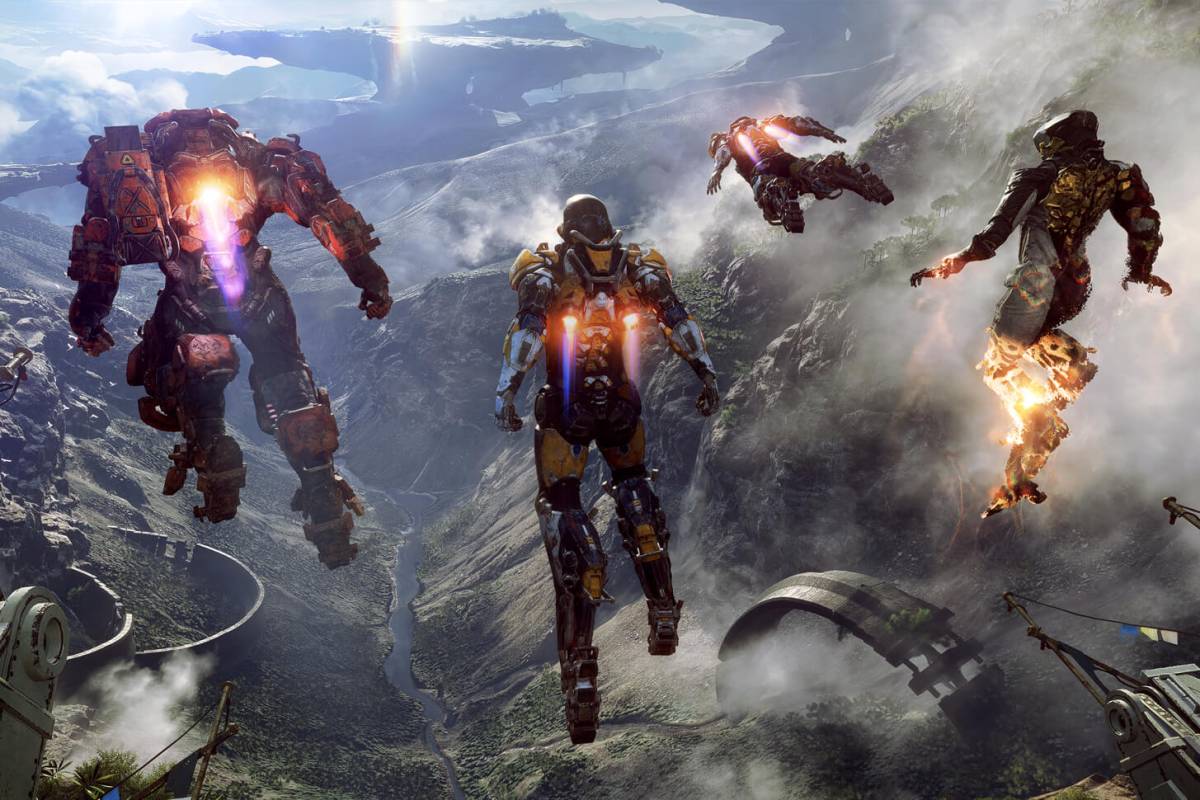 E3 2017 is in full swing as EA has wrapped up the first press conference of this year’s show. As expected the event was packed with both familiar franchises and new properties, including a surprise appearance from Anthem, a new BioWare IP. Below, we’ve rounded up all of the biggest trailers and reveals from EA Play, so rather than rewatch the conference, you can just scroll down.

Longshot is the story mode of Madden NFL 18

Robust single-player experiences have been a part of all of EA’s sports franchises for years, but the new trend is layering a cinematic story on top of the single-player mode. That’s what Longshot represents in Madden NFL 18 — a story about a young athlete trying to make his way to the pros.

Battlefield 1’s new DLC, In the Name of the Tsar

6 new maps, 11 new weapons, new vehicles and a new mode called Supply Drop are just some of what Battlefield 1 players can look forward to when the In the Name of the Tsar DLC in September. Along the way, EA will release two additional maps this summer, one in June and one in July.

Alex Hunter is back as The Journey continues in FIFA 18. Introduced last year, The Journey brings a full-fledged single-player story to the FIFA franchise, and one that received a ton of praise last year.

There’s some Burnout DNA in the new Need for Speed Payback, which follows a team of drivers who are being threatened by a dangerous group known as the House. We still don’t know much about how the game will play, but this glimpse should be enough to get Need for Speed fan excited.

Brothers: A Tale of Two Sons was a breakout hit in 2013. Not only did it tell an emotional, compelling story, but it used some interesting mechanics that forced players to control two characters at once in order to solve puzzles and progress. A Way Out is the spiritual successor, and while it looks like a more adult narrative, it also stars two characters who have to work together.

Anthem is a new original IP from BioWare

Mass Effect: Andromeda was a disappointing follow-up to a hugely popular series from BioWare, but that wasn’t the only thing the team was working on. We don’t know anything about Anthem yet other than its name, but EA says that we’ll see gameplay for the first time at Microsoft’s press event.

NBA Live 18 revives the franchise after a year off

NBA Live missed 2016, but the team is back with NBA Live 18 this year. This year’s entry will introduce a new mode called The One that will allow players to create a custom player and gain points as they play. They can use these points to upgrade their characters, and when the demo arrives in August, players will be able to check out The One mode and port any progress they make to the final game.

I’m not sure what more needs to be said about Star Wars Battlefront II. It’s bigger and better than the first in every way, with three times the content, a single-player story mode, battles sprawling across all three eras and free characters arriving later this year. It looks like EA listened to the fans.