When it comes to weigh in on climate change, the absolutely overwhelming number of scientific bodies that have declared it a very real, and very urgent issue should be enough to convince literally everybody that it’s time to act. The President of the United States, Donald Trump, is not included in “literally everybody,” and yesterday he announced that he was pulling the country out of the Paris Agreement meant to unify developed nations on the goal of keeping the Earth alive. The Weather Channel is not taking that news very well.

Shortly after Trump made his announcement regarding the climate pact — ironically held in the White House Rose Garden — The Weather Channel completely revamped its list of top news stories on its front page to reflect its disdain. Instead of the usual, light-hearted mix of weather-related news and goofy random clickbait, the top eight stories on the page were very clearly directed squarely at the topic of climate change. 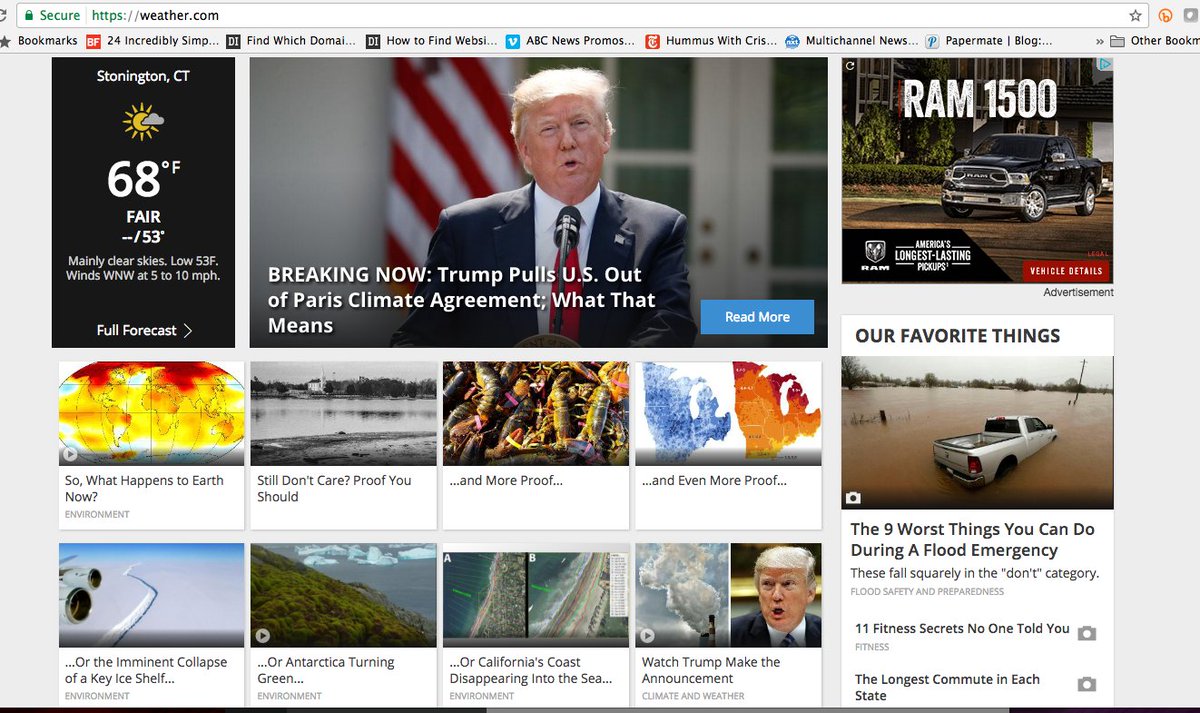 “What happens to Earth now?” one headline read, with the next stories — each highlighting separate, devastating effects of the warming of Earth — were titled “Still don’t care? Proof you should,” “and more proof,” “and even more proof.” Additional stories about the collapse of an ice shelf, dramatic changes in the landscape of Antarctica, and rising sea levels followed. The entire list was punctuated by a video of Trump announcing the decision to ditch the rest of the world in the agreement the US had already committed to.