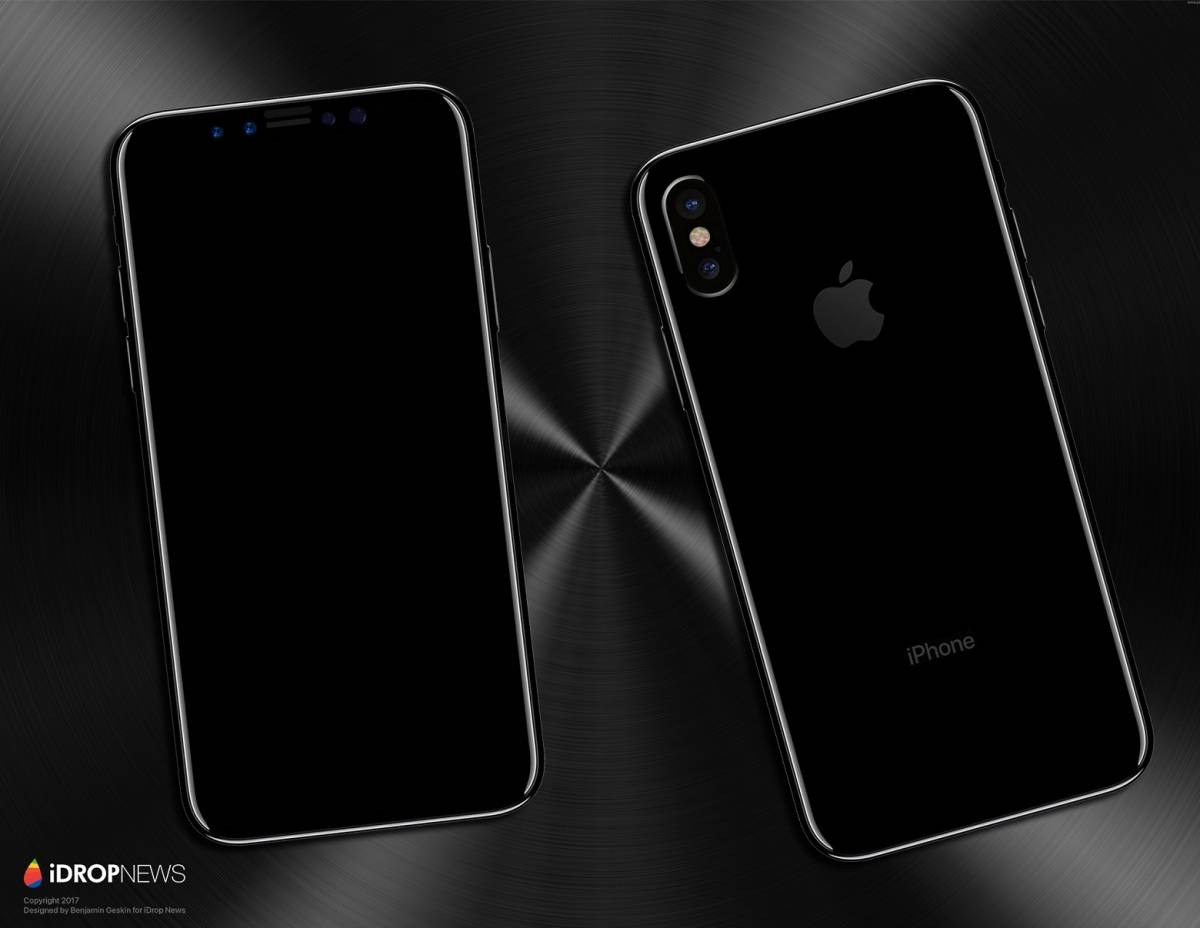 We’r still several months out from the release of the iPhone 8 (or possibly even more if it ends up being delayed), but that hasn’t stopped the leaks from flooding the internet on a daily basis. We can hardly go an hour without finding another leak about the 10th anniversary iPhone’s design or display or battery life, and today is no different. Just hours after a CAD drawing was shared by leaker Benjamin Geskin, the same source has provided iDrop News with insider information about the iPhone 8’s design.

Geskin mocked up the following image for iDrop News to demonstrate the size of the iPhone 8 in comparison to the iPhone 7 and iPhone 7 Plus. As you can see, it fits nicely in between the two:

Despite being smaller than the iPhone 7 Plus, the iPhone 8 would still have a larger display, thanks to its bezel-less design. Geskin also mocked up an image with the supposed iPhone 8 design sitting in between the Galaxy S8 and Galaxy S8+. The iPhone 8 features similar screen real estate with a smaller body:

Although we can’t confirm or deny this data ourselves, a slightly larger iPhone 8 would certainly fit in with the other leaked images and reports we’ve seen in recent weeks, including our own exclusive. We’ll be keeping an eye out for more leaks as the inevitable and long-awaited iPhone 8 reveal approaches.