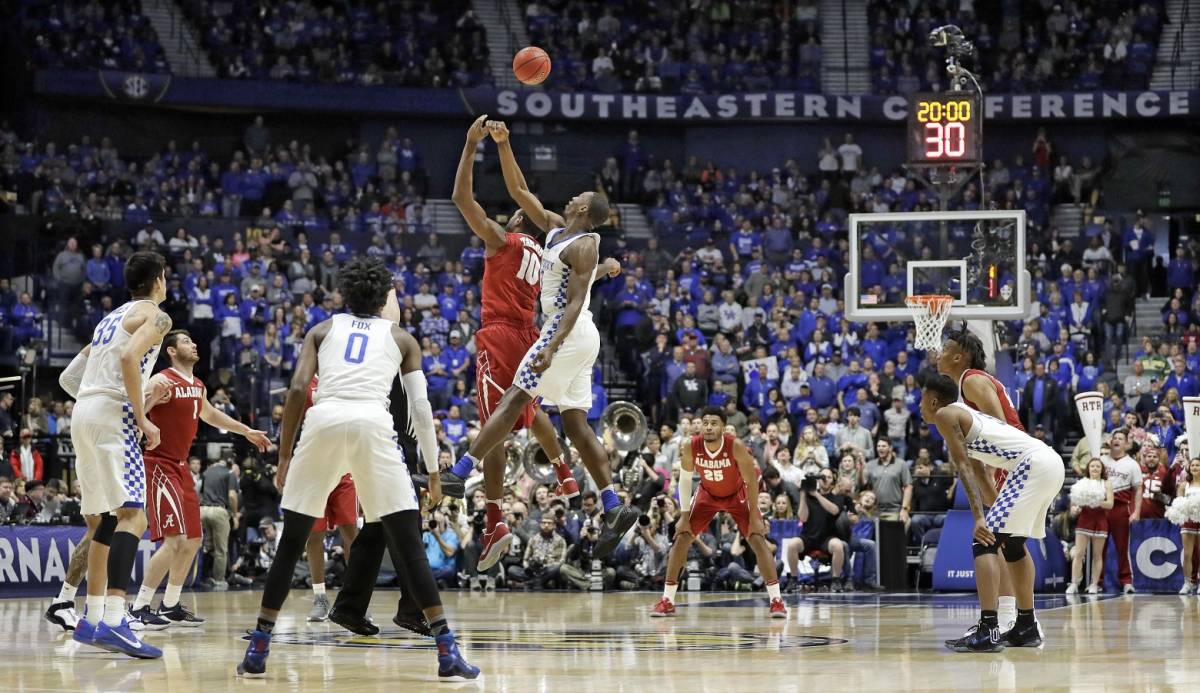 Championship Week has officially come to a close, and we’re just minutes away from the unveiling of the bracket for the 2017 edition of the NCAA Division I Men’s Basketball Tournament, aka March Madness.

Known as Selection Sunday, today is the day that the Division I men’s basketball committee evaluates all 340+ college basketball teams to determine which have earned a spot in the tournament. According to the NCAA, the committee first selects the 36 best at-large teams, then seeds the field of 68 teams and finally places the teams into the bracket, which is what we’re all tuning in for at 5:30 pm ET tonight.

If you want to watch the selection show live tonight, you have a few options. If you’re near a TV, you can simply watch the show on CBS, where it will be broadcast nationally. On the other hand, if you don’t have cable or would rather watch on a computer, you can visit this site to stream the show live for free.

Those who prefer to watch on their phones and tablets can watch the show on the NCAA March Madness Live app, which is available for both iOS and Android. If you plan on keeping track of the scores and streaming the games throughout the week, you’re going to want to have this app on all of your mobile devices.

The selection show will be hosted by Greg Gumbel, who will be joined by analysts Clark Kellogg and Seth Davis in New York. Ernie Johnson, Charles Barkley and Kenny Smith will chime in with commentary of their own as well from Atlanta during the broadcast. While last year’s show was over 2 hours long, the network claims that this year’s rendition will be condensed to 90 minutes.

While most of us will be waiting for the show to finish to begin working on our brackets, you can get a head start by printing out a blank bracket now and filling it in as the show progresses on Sunday night.