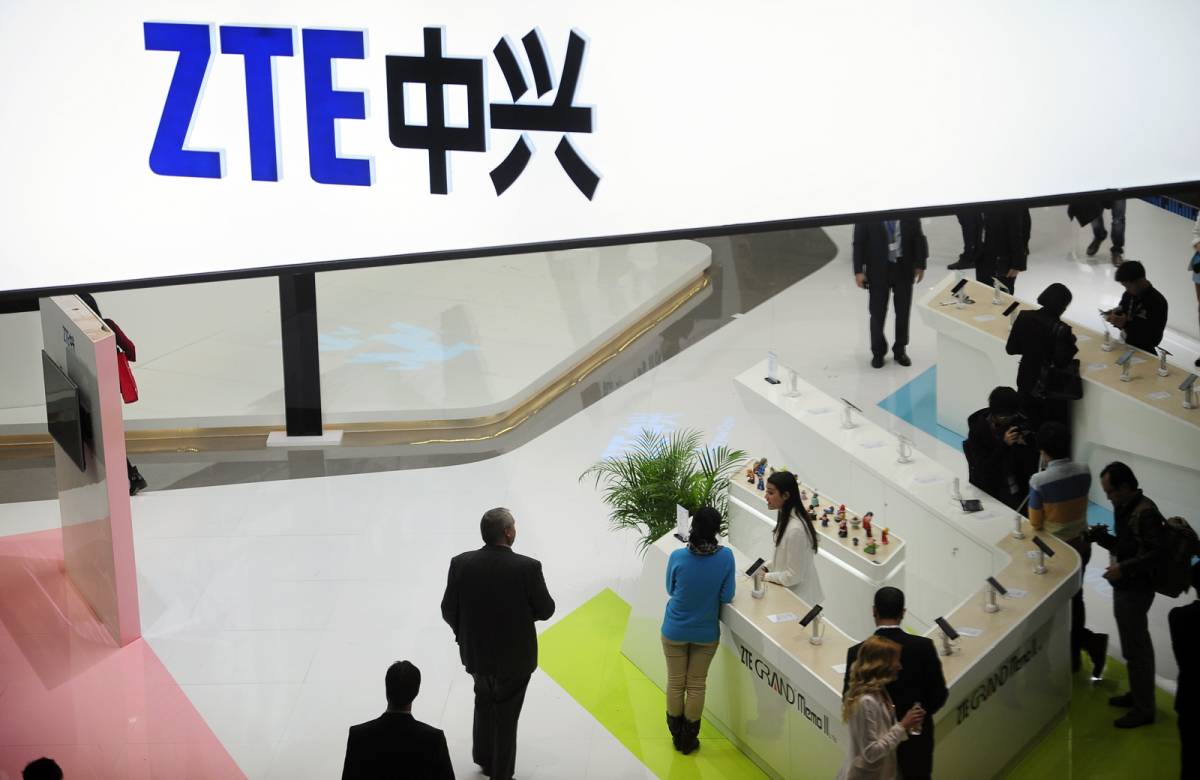 LG and Huawei both have exciting new flagship smartphones in store for us at this year’s Mobile World Congress trade show in Barcelona, Spain. In fact, the fresh new LG G6 might be the star of MWC 2017 this year, as you saw in our hands-on LG G6 preview. Nokia has a handful of buzzy new handsets to show off as well. Samsung won’t take the wraps off of its new flagship phones at MWC this year, but the Galaxy S8 and Galaxy S8+ are due to be unveiled late next month and if rumors hold true, they’re going to blow us away.

Out of all of those exciting new devices headed to the market in the current months, not a single one can pull off the feat ZTE just achieved with the new ZTE Gigabit Phone that was just shown off at MWC 2017: 1Gbps download speeds.

Remember how all of the major wireless carriers forced us off of unlimited data plans back between 2009 and 2011, so that they could push us onto more expensive tiered data plans? Well guess what: unlimited data is back — well, “unlimited” data is back, at least — and as you might have guessed, it’s even more expensive than the pricier tiered plans carriers forced us onto in recent years.

Why the sudden interest in unlimited data plans again? The answer lies in a joke I tweeted the other day:

The timing is a bit ambitious — give me a break, it was a Twitter joke — but as they say, truth is often said in jest. Carriers are retraining their subscriber bases to embrace unlimited data plans. With 5G on the horizon, a 4GB, 6GB or even 10GB plan won’t hold up very well when you’re dealing with download speeds that approach 1Gbps.

And speaking of 1Gbps download speeds, ZTE on Sunday took the wraps off its first 5G-capable smartphone, the ZTE Gigabit Phone.

ZTE calls the Gigabit Phone a “forward-looking” smartphone, which essentially translates to “concept phone that will never actually be sold.” The Gigabit Phone isn’t intended for retail, however. Instead, it’s intended to showcase 5G and the lightning-fast upload and download speeds that will come along with it once 5G networks begin to roll out. Remember, this isn’t the distant future we’re talking about here; Verizon will fire up its 5G networks in at least 11 different markets this year in a just-announced test program.

The ZTE Gigabit Phone is powered by the Qualcomm Snapdragon 835 chipset, which features an integrated Snapdragon X16 LTE modem. The solution combines wireless carrier aggregation with 4×4 MIMO antenna technology and 256-QAM modulation to achieve download speeds of up to 1Gbps. These aren’t theoretical speeds, mind you — the phone is on display right now in Barcelona, where show goers can watch live demos of the Gigabit Phone handling gigabit downloads.

“We are thrilled to introduce the world’s first smartphone with download speeds up to 1Gbps. With the new device, the way people stay connected will be changed forever,” a ZTE spokesperson said. “Focusing on 5G technologies will be one of the key priorities of ZTE’s global development. ZTE will be very glad to leverage its technology strength and experience in 5G to cooperate with government and business partners to discuss and facilitate the upcoming 5G era.”

The question of whether the ZTE Gigabit Phone is a “true” 5G phone is a bit foggy. ZTE calls it “pre 5G,” featuring technologies that will help provide massive speed boost to bridge the gap during carriers’ transitions from 4G to 5G networks. Think of it as being akin to HSPA+, the 3G technology that AT&T and T-Mobile spent so much time marketing as 4G.

Of course to the end user, the technology behind 1Gbps download speeds won’t matter very much while he or she is live-streaming 360-degree panoramic video and enjoying near-instant access to cloud-based content.

Tweet
Huawei P10 and P10 Plus: Everything you need to know