Earlier today, the National Highway Traffic Safety Administration published a detailed report absolving Tesla of fault in a May 2016 crash. That incident saw a Tesla under the control of semi-autonomous Autopilot software run into the side of a truck trailer, which subsequently saw critics freak out about the unsafe deployment of beta software to the nation’s roads.

Not only did the NHTSA report absolve Tesla of any blame in the accident, but analysis and testing of the Autopilot system found that across Tesla’s fleet, the deployment of Autopilot reduced accidents by around 40 percent. Sorry, humans: we’re all bad at driving, and even the first generation of trial software is better at paying attention than your brain on Red Bull.

The NHTSA took mileage and airbag deployment data from Tesla and conducted an analysis to see how Autosteer affected the number of accidents that Tesla vehicles were involved in. This isn’t looking at the number of deaths per miles driven with Autopilot — that number is still around one in 250 million — but rather, how many total accidents vehicles equipped with Autosteer were involved with. 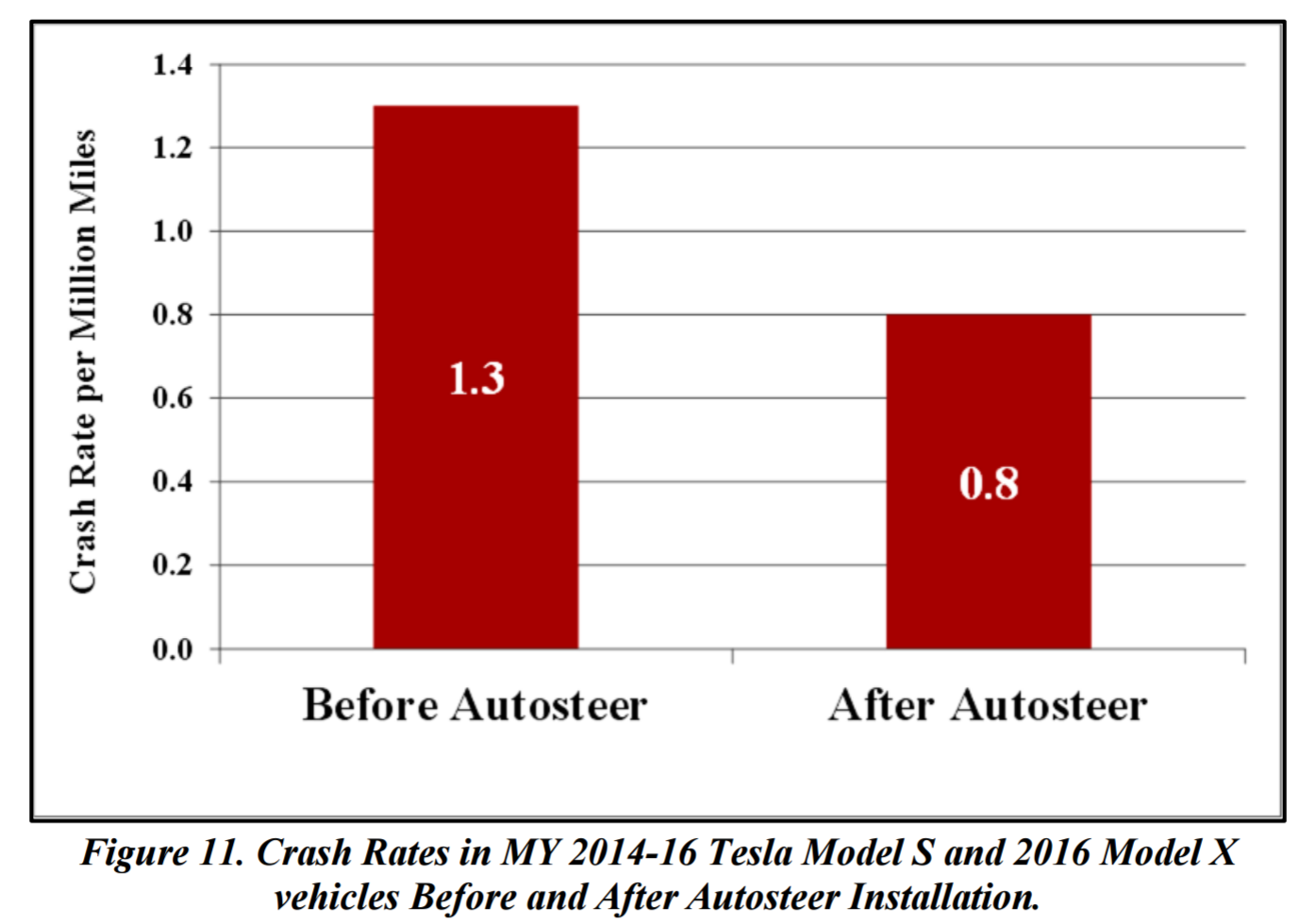 The agency found that Teslas without Autosteer crashed an average of 1.3 times per million miles driven, compared with 0.8 per million miles for vehicles equipped with Autosteer. That shows that just having Autosteer available on a car — not necessarily enabled at the time of crash — reduced crash rates by about 40 percent. That’s a truly staggering improvement.

To put that in perspective, deaths per million miles driven (data on just crashes is difficult to come by) dropped by about 40 percent from 1960 to 2000. In that time, we saw the introduction of seatbelts, antilock brakes, crumple zones, all sorts of improvements to highways, better driver education, a crackdown on drink-driving, airbags, and vehicle crash testing.

Tesla has managed to match those innovations in the space of two years with a couple of cameras and a forwards-facing radar. Autopilot isn’t perfect, but practical testing by the NHTSA in collision scenarios, and an analysis of the data, shows that it’s probably better than having a human take the wheel.