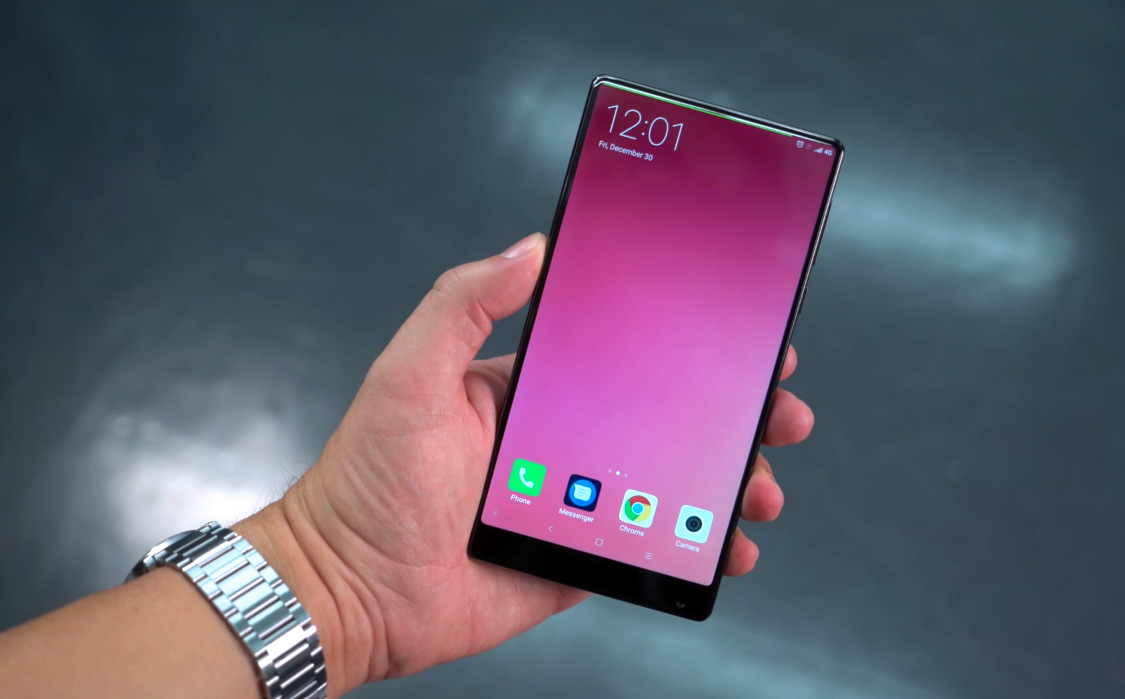 The Xiaomi Mi Mix is a glimpse at what the future holds for smartphone users. Ironically enough, it was introduced by a company that grew from nothing into a multi-billion dollar smartphone startup by copying literally every single thing Apple and Samsung did. A Xiaomi executive once unveiled a new phone at a virtual press conference wearing jeans and a black shirt. Its early phones looked just like iPhones. The company released a stylus-friendly “Note” phablet just like Samsung’s Galaxy Note phones. And so on.

But this time around, Xiaomi managed to debut an “edgeless” smartphone before similar handsets we’re expecting from Samsung and Apple this year and down the road… and it’s gorgeous.

Don't Miss: New leaked images may give us a closer look at Samsung’s Galaxy S8

We first told you about the Mi Mix back in late October when it was announced. The handset then went on sale in China in early November, but it has not been released in the United States. And it will not be released in the United States. In fact, no Xiaomi phones will hit the US market anytime soon. Why? Because Xiaomi’s phones are packed with so much stolen tech that has been patented by other companies, that Xiaomi would likely be sued into oblivion if it tried to sell them in a market like the US.

But hey, we can still appreciate how sleek the practically edgeless design is on the Mi Mix.

We’ve seen plenty of hands-on videos and reviews that feature Xiaomi’s Mi Mix, but a reader brought a more recent one to our attention and it’s worth checking out. Posted recently by YouTube user Michael Fisher, the video offers a deep dive into the Mi Mix’s design and its features. Interestingly, in terms of the overall design, Xiaomi chose to rip off Sony this time around instead of Apple or Samsung. The boxy back doesn’t detract from the massive display around front, however, and the barely-there bezels are just awesome.

The full video is embedded below. Don’t get too excited though — the only way you’re getting a Mi Mix in the US is if you’re willing to pay a smartphone importer around $1,000.

Tweet
Peter Thiel believes the ‘age of Apple is over’